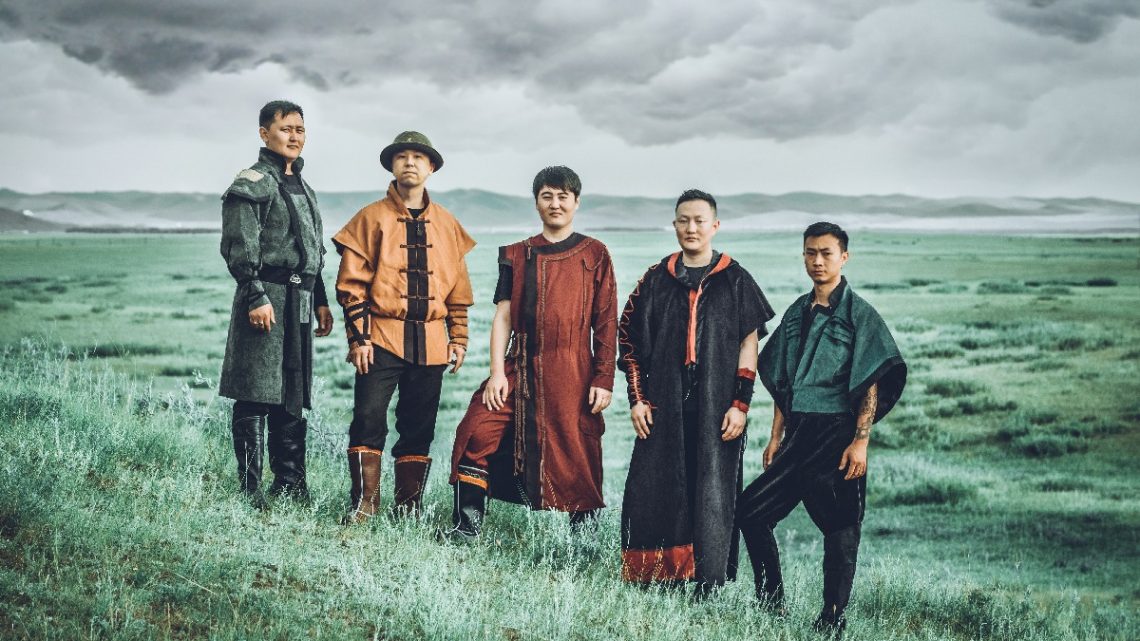 Premiered via Metal Injection, you can stream and purchase the album here: https://ninetreasures.bandcamp.com/

Few bands can claim to have an identity and sound as remarkable as Nine Treasures. Forming in 2010, one of the original Mongolian Folk Metal bands have one simple goal: to take Mongolian heavy metal worldwide.

The band are celebrating their journey so far with this new ‘best of’ record, Awakening From Dukkha. Collecting songs from their 3-LP oeuvre, Awakening From Dukkha is both a stellar introduction to a seminal band for the new listener, and a significant recognition of the group’s achievements so far.

A celebration of the past it may be, but for vocalist/guitarist Askhan and his bandmates, this decade-spanning collection is also a rebirth for Nine Treasures:

“Our fans deserve to hear us at our best, which is why we were so motivated to make this album. Now we’ve done that, we just want to keep Nine Treasures going as long as possible, make music that we’re proud of and spread a little positivity… and tour the world again!”

“It’s always been about the music with us,” he says. “When I started this band I had no idea how things worked, and I thought it was all about marketing, promotion and fancy videos, but after 10 years of doing this, I’ve realised that everything revolves around the music itself. That’s why our focus is on making our music as great as it can be – we’re constantly progressing.”

The music Askhan speaks of is a unique combination of old school heavy metal and traditional Mongolian folk, which sees Nine Treasures utilise both conventional vocals and Mongolian throat singing. Likewise, guitars, bass and drums collide with traditional string instruments such as the balalaika and the morin khuur, resulting in a sonic kaleidoscope that follows no set template. Unlike much of contemporary rock and metal, there are no rules when it comes to Nine Treasures, and that makes the quality of the band’s output all the more impressive.

“It’s not as simple as just putting a guitar chord behind some Mongolian melodies,” Askhan explains. “Our music is so much deeper than that. We don’t follow a model, and we work to ensure the two distinct facets of our sound complement one another. I’ve changed the way I play the guitar in order to accommodate the Mongolian elements, and vice-versa. To do this takes a lot of analysis and experimentation.”

Named after a group of objects referenced in ancient Mongolian poems, Nine Treasures’ music touches on the mythology and fairy tales of their homeland, but the band’s songs contain more universal references, too. Having recently begun practicing Buddhism – “It changed my life,” Askhan says – Nine Treasures’ frontman is now intent on using their music to bring comfort and ease the suffering of others. “I want to share the teachings I’ve learned with others like me who have experienced anxiety,” Askhan continues. “We want Nine Treasures to bring some positive energy into the world – the greatest thing we can do with this is to help people.”