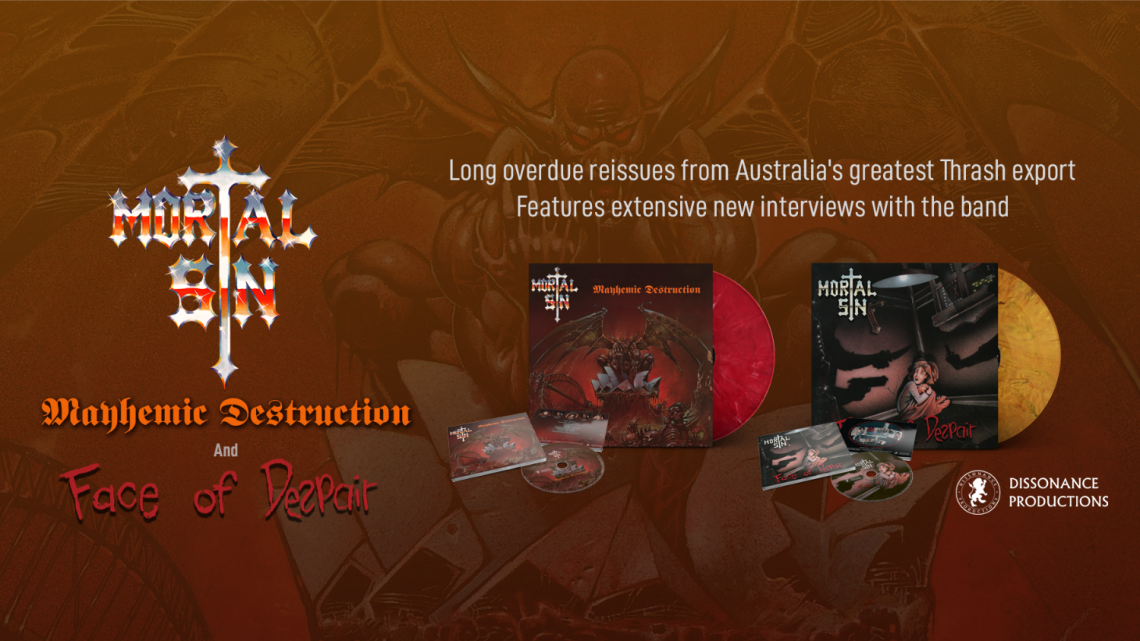 Without question, Australia’s premiere thrash band, Mortal Sin have a legacy that harks back over 35 years! The first Aussie metal band to take their music to the world, Mortal Sin amassed a massive following across the globe and are regarded as pioneers to this day. 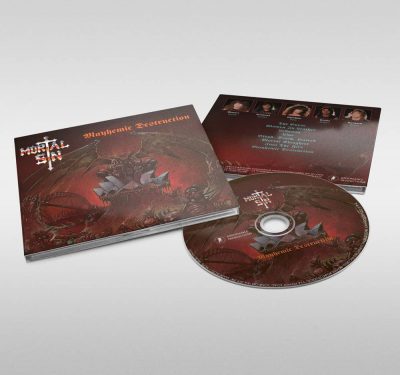 Originally released in 1987, Mayhemic Destruction introduced the world to Aussie metal.
Featuring early classics like ‘Lebanon’ and ‘Blood, Death, Hatred’, the album proved to be a pivotal release in the burgeoning Thrash Metal scene of the time, and gained glowing reviews across the board,  including Kerrang! who described Mortal Sin as ‘potentially the next Big Thing’ and in Metal Forces who awarded the record a 99/100 review. 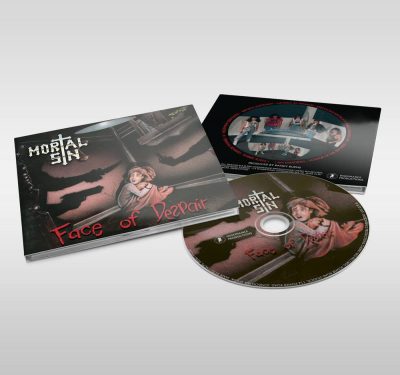 In 1989 Mortal Sin released their breakthrough album, Face Of Despair.
Produced by Randy Burns (Megadeth, Possessed, Death, Nuclear Assault) the record received global acclaim.  The band toured Australia with Metallica on their ‘…And Justice For All’ tour, and also toured Europe with Testament, and then supported Faith No More on their ‘The Real Thing’ tour.  The single ‘I Am Immortal’ and live video release ‘Face of Mayhem’ helped the band gain wider acceptance.

These newly remastered reissues feature extensive liner notes and contributions from the band.
Highly respected metal writer Malcolm Dome conducted a series of interviews with members of the band, some of the last he did before sadly passing away in late 2021.

Former touring drummer and highly successful comedian, Steve Hughes, has contributed an incredible series of liner notes, recounting the scene from back in the day and what it was like for four ‘Westies’ from Western Sydney to tour Europe in the big bad 80’s

Mortal Sin remained sporadically active up until 2012.
These reissues have the full co-operation of the band. 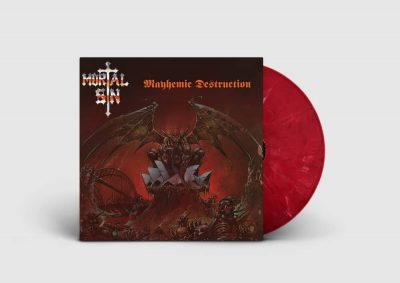 LP Track List
Side A:
The Curse
Women In Leather
Lebanon
Liar

Side B:
Blood, Death, Hatred
Mortal Slaughter
Into the Fire
Mayhemic Destruction 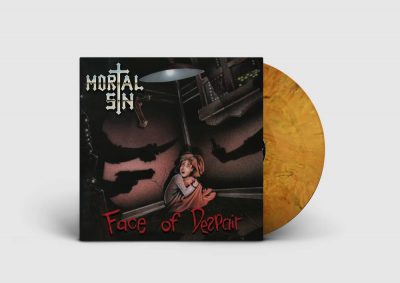 LP Track List
Side A:
I Am Immortal
Voyage of the Disturbed
The Infantry Corps
For Richer For Poorer
Martyrs of Eternity