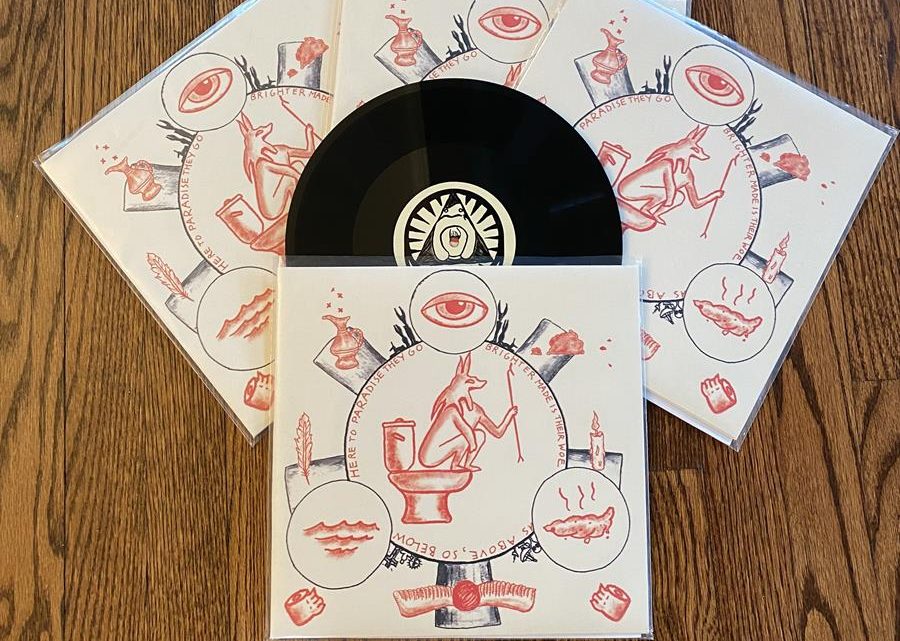 July 29, 2021, Shotwell Bomb Factory – Mr. Bungle release their first ever NFT collection, a series of four NFTs dubbed “Disco Volante Era Improv at The Bomb Factory.” The auction for the series begins on Aug. 2 at 9 am pacific/12 noon eastern via SuperRare.

“During the Disco Volante writing sessions in a place we called The Shotwell Bomb Factory, San Francisco, we were blessed with an isolated & independent place to record and rehearse,” explains Trevor Dunn. “Endless days and nights were spent in there experimenting, improvising and piecing together what would be our ‘sophomore attempt’ among other gems. Often there was an ADAT machine ready to go for any spontaneous outbursts (think ‘Nothing’ from the end of Disco Volante), but we tested out various setups at our disposal.”

Trey Spruance, who often engineered these chaotic recordings, recalls: “I remember wanting to enhance audio separation and isolation to an extreme, using a kind of ‘musique concrète live mix’ approach, hoping that would capture the unruly individual spirits of our improvisation more faithfully. It totally did in this case; facilitated better communication than usual.”

Dunn continues, “Patton and Heifetz were in the ‘sound room’ with a multitude of instruments within reach. Trey and I were in the ‘control room’ with keyboards and outboard gear, as well as total ‘knob control.’ 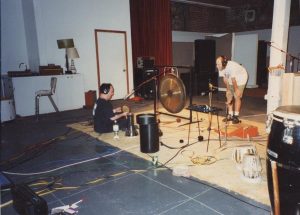 What we offer here is one of several ‘movements’ from a spontaneous sound narrative that spans over an hour.  Up until now, no one but the four of us have heard this recently unarchived weirdness.”

Mr. Bungle was formed in an impoverished lumber and fishing town by a trio of curious, volatile teenagers. Trey Spruance, Mike Patton and Trevor Dunn beget the amorphous “band” in 1985 up in Humboldt County, Calif., sifting through a variety of members until 1988 when drummer Danny Heifetz and saxophonist Bär McKinnon joined the group. In 1989, Mr. Bungle signed to Warner Bros. Records. No one really knows how this happened and it remains a complete mystery that even the algorithms of the internet can’t decode. Up until 2000 they released three albums (Mr. Bungle in 1991, Disco Volante in 1995 and California in 1999), toured a good portion of the Western hemisphere and avoided any sort of critical acclaim. Some argue that the band subsequently broke up but there is also no proof of this. What is true is that they took 20 years off from performing under said moniker while they pursued various other musics that, in contrast, paid the rent. In 2020, a different iteration of Mr. Bungle emerged, pairing the original trio of Dunn, Patton and Spruance with Anthrax’s Scott Ian and former Slayer drummer Dave Lombardo for a proper release of the Eureka-bred band’s unreleased demo, The Raging Wrath of the Easter Bunny.