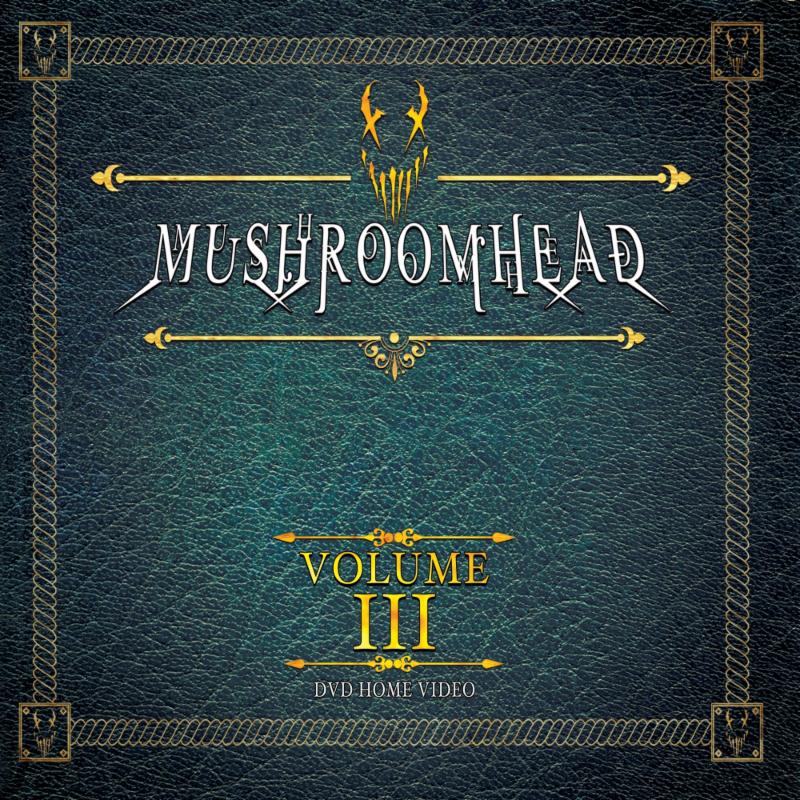 15th June 2018 0 By John Deaux
Influential Cleveland, Ohio-based metal pioneers MUSHROOMHEAD are thrilled to announce the upcoming release of their new DVD, entitled VOLUME III. The DVD is set to hit retailers on August 17, 2018 via Megaforce Records. VOLUME III will feature over 90 minutes of new material, including stunning new music videos, backstage antics, and exclusive never-seen-before content. Pre-orders are available now via Amazon.
Check out the very first VOLUME III video trailer here, which gives fans an idea of the high-quality video style they can expect from the DVD: https://youtu.be/X7QmFIsOfd0
VOLUME III is the band’s very first release since 2014’s The Righteous And The Butterfly – MUSHROOMHEAD‘s most successful charting album, which debuted at #20 on the Billboard Top 200, #1 on the Billboard Independent Chart, and #1 on the Billboard Hard Rock Chart.
In celebration of the DVD release, MUSHROOMHEAD will headline the The Summer of Screams tour this summer, presented by Scream Factory and Dread Central.
The Summer of Screams tour line-up:
MUSHROOMHEAD
Powerman 5000 (9-2 to 9-15)
The Browning
Psychostick (8-17 to 8-31)
Kissing Candice
Unsaid Fate
Voodoo Terror Tribe (8-17 to 8-30)/Earth Caller (8-31 to 9-15)
The Summer of Screams tour dates:
8-17 Indianapolis, IN – Emerson Theater
8-18 Pittsburgh, PA – Rex Theater
8-19 Toronto, ON – Rockpile West
8-21 Manchester, NH – Bungalow
8-22 Poughkeepsie, NY – The Chance
8-23 Virginia Beach, VA – Shaka’s
8-24 Spartanburg, SC – Groundzero
8-25 Huntsville, AL – Sidetracks Music Hall
8-26 New Orleans, LA – Southport Music Hall
8-28 Houston, TX – Houston Underground
8-29 Austin, TX – Come and Take It Live
8-30 Laredo, TX – Ethos Live
8-31 Fort Worth, TX – The Rail Club
9-2 Los Angeles, CA – 1720
9-4 Orangevale, CA – The Boardwalk
9-5 Portland, OR – Dante’s
9-6 Seattle, WA – El Corazon
9-7 Billings, MT – Pub Station
9-8 Salt Lake City, UT – The Complex
9-9 Denver, CO – Roxy Theater
9-11 Merriam, KS – Aftershock
9-12 Waterloo, IA – Spicoli’s
9-13 Minneapolis, MN – Skyway Theatre
9-14 Ringle, WI – Q & Z Expo Center
9-15 Chicago, IL – Patio Theater
MUSHROOMHEAD came together when drummer Skinny formed the band as a side project. The band wore masks to go unrecognized, but after only a few shows they developed a rabid and loyal fan base in Cleveland. They released their 1995 self-titled debut album independently and it went on to became an underground hit, which was history in the making because the band really had no proper distribution at the time. Superbuick followed in 1996 and M3 in 1999, all released via an underground street effort. After the band felt its image and hyper-melodic, heavy style of music was being diluted by other bands jumping into this space, the band started to change their look to reflect nothing out there.
Universal Records saw the release of XX (a combination of the past independent releases) in 2001. In 2003, XIII was released, spawning the single “Sun Doesn’t Rise” which was featured on MTV: Headbangers Ball and the Freddy Vs. Jason soundtrack. The album also featured the hidden track “Crazy”, a song originally recorded by Seal. The album debuted at #40 on the Billboard Top 200 charts and sold 400,000 copies worldwide. In December 2005, the band signed with the pioneering rock label, Megaforce Records (Metallica, Anthrax, Ministry) and released Savior Sorrow in 2006 and Beautiful Stories For Ugly Children in 2010. In 2014, the band released The Righteous And The Butterfly, which debuted at #20 on the Billboard Top 200, #1 on the Billboard Independent Chart and #1 on the Billboard Hard Rock Chart.
Expect more clips and information to be released leading up to the release of VOLUME III!