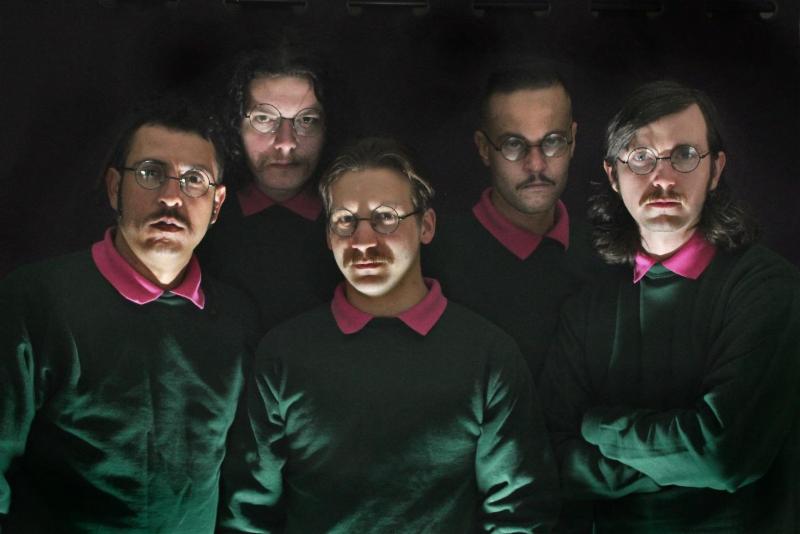 10th January 2019 0 By John Deaux
Luckily it’s sweater weather outside, because you’ll want to don your best green during the Reneducation Tour! Phoenix, AZ’s OKILLY DOKILLY – the world’s only “Nedal” band – will kick off their tour on February 1, 2019 in San Diego, CA with openers Playboy Manbaby. The tour will visit several Western U.S. cities, coming to an end on March 2 in Austin, TX. Tickets are available now via individual venues or www.okillydokilly.com. See below for all tour dates.
Bandleader Head Ned says: “We’re really excited about the Reneducation tour. We’ve got some new songs, new Neds, and some really great tour buddies in Playboy Manbaby. Our main mission with this tour is to thoroughly educate the masses on how to be the best Ned they can be. Us Neds can’t wait for Reneducation to begin.”
Established in 2015, OKILLY DOKILLY found success before even playing their first show, reaching viral phenomenon status after releasing just a few press photos and a four-song demo. Within two weeks, the band netted nearly 30,000 Facebook fans and was featured by numerous publications including Billboard, Time, The Independent, BBC, Esquire, Rolling Stone, Vice and many more.
In 2016, the band released their debut album Howdilly Doodilly (stream/order here) – a 13-track catalog filled with Flanderisms, rushing guitars and more than enough left-handed puns. In the wake of this release, the bespectacled five-piece dropped the official music video for their single, “White Wine Spritzer”, which has garnered over four million views to date.
Now, the gentlemen of OKILLY DOKILLY – currently billed as Head Ned (vocals), Dread Ned (drums), Shred Ned (guitar), Bed Ned (bass) and Zed Ned (synth) – are looking forward to a 2019 follow up release to Howdilly Doodilly, details pending. 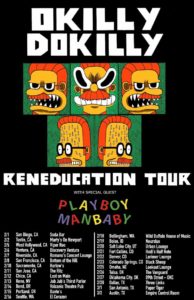