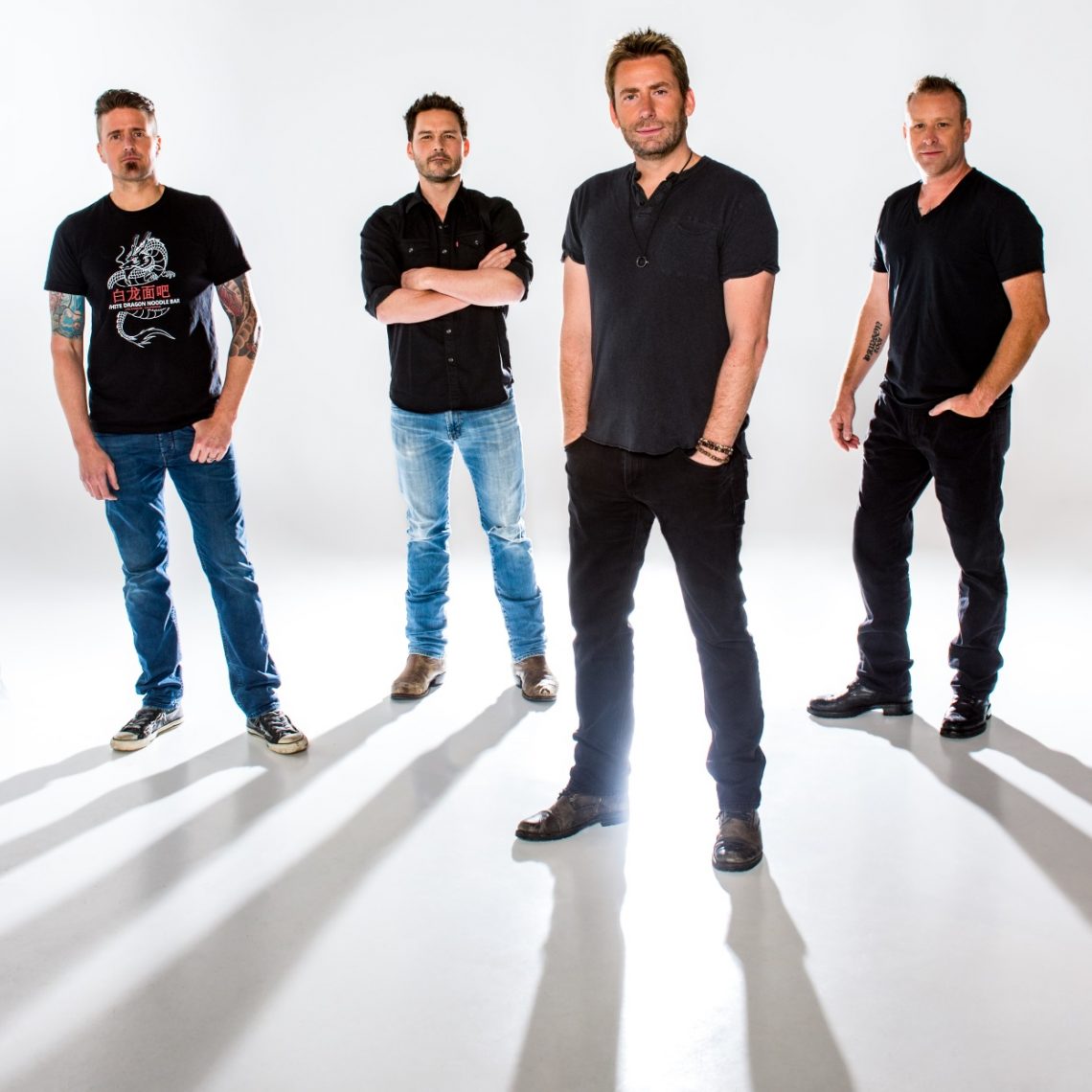 5th December 2017 0 By John Deaux
Multi-platinum selling and chart topping rock band NICKELBACK set to embark on a massive European tour in 2018
TICKETS ON-SALE THIS FRIDAY 8TH DECEMBER AT 10:00AM
via www.axs.com

Rock icons NICKELBACK will kick off their massive ‘Feed the Machine’ Tour in Glasgow’s SSE Hydro Arena on May 3rd, 2018. The band will hit arenas in cities across the UK including Leeds, Liverpool, Manchester, Birmingham, London and Nottingham – with their biggest and boldest production yet.

NICKELBACK are delighted to announce SEETHER will be performing as very special guests across all shows on the tour – following their own massive sold out headline UK tour earlier this year.

NICKELBACK recently wrapped up a colossal 45-city tour of North America in 2017, playing to more than 600,000 rabid fans. The ‘Feed The Machine’ Tour marks the band’s triumphant return to Europe following their 9th studio album (of the same name) released by BMG, arguably the band’s most refined and energized work since their breakthrough hit record ‘Silver Side Up’.

“We can’t wait to get back and play for all the amazing people of Europe! The shows are always some of our most memorable and the energy that our European friends bring every night is positively infectious. This is, by far and away, our biggest and best production to date; and we’re ready for one hell of a party,” enthuses NICKELBACK’s Chad Kroeger.

SEETHER’S Shaun Morgan adds, “We want to thank the guys from Nickelback for taking us out on tour with them again. Each time we have had the privilege in the past, we have had great times both on stage and off. We’re really excited to and grateful for this opportunity to support them in the UK and Europe and I’m sure this will be another great tour for everyone involved.”
In addition to membership gifts, exclusive giveaways, and content, individuals that join the fan club will have first access to tickets on Wednesday 6th December, staring at 10.00 AM local time. For additional information on joining the fan club, visit www.nickelback.com/subscribe. 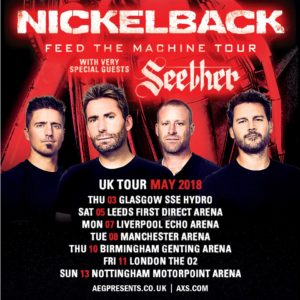 Tickets go on-sale this Friday, 8th December, at 10:00AM local time at www.axs.com.

Since forming in Alberta, Canada in 1995, globally celebrated, multi-platinum rock band NICKELBACK have cemented themselves as one of the most commercially viable and important acts of the past two decades. The band’s success includes worldwide sales of more than 50 million units, solidifying their status as the “eleventh best-selling music act” and second best-selling foreign act in the U.S. of the 21st century. Their inescapable and irresistible smash “How You Remind Me” was named Billboard’s ‘Top Rock Song of the Decade’ and was No. 4 on the Top 10 songs of the 2000’s list.
NICKELBACK’s ‘All The Right Reasons’ album has been Diamond Certified (10 million copies sold) by the RIAA putting them on an elite shortlist of artists to ever accomplish this. Amongst all these accolades, they’ve also been named Billboard’s “Top Rock Group of the Decade,” received a staggering nine Grammy Award nominations, three American Music Awards, a World Music Award, a People’s Choice Award, twelve JUNO Awards, seven MuchMusic Video Awards, and have been inducted into Canada’s Walk of Fame (2007).
With more than 23 chart-topping singles and a truly global fanbase, NICKELBACK has notched up twelve consecutive sold-out world tours, playing to well over eight million fans.

For all things NICKELBACK, visit: