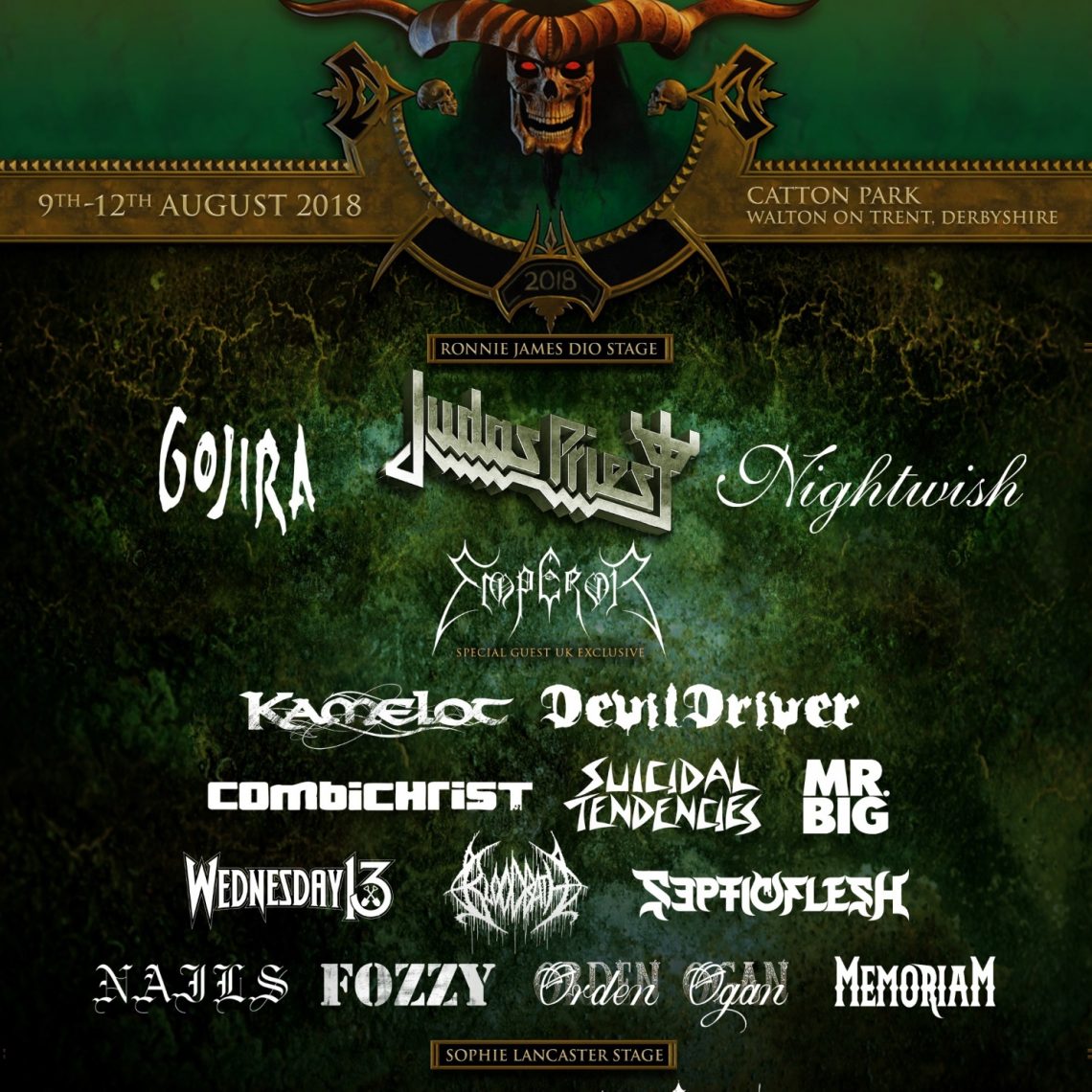 BLOODSTOCK is excited to announce another four bands for their August 2018 metal weekender.

We certainly expect Mike Muir & co will be giving DEVILDRIVER a run for their money on the circle pit front!

Also landing a debut slot on the bill is the Duke of Spook, WEDNESDAY 13.  Channelling shades of two previous BOA headliners, Alice Cooper and Rob Zombie, WEDNESDAY and his band are set to bring some schlocky horror fun to Friday’s main stage.

Florida symphonic/power metallers KAMELOT join Friday’s main stage line up.  The Tampa-based band are hard at work on the follow-up to their 2015 album, ‘Haven’.

Maybe you joined in with BLOODSTOCK’s 12 Days Of Christmas Facebook competition last year?  This year, BLOODSTOCK have decided to ramp up the advent action for twice as many festive treats.  Make sure you visit BLOODSTOCK’s Facebook page at www.facebook.com/bloodstock every day right up to Christmas, to chance your luck at winning a prize.

Our Early Bird discounted ticket allocation sold out in record time this year.  Standard weekend tickets are now available priced at £145 for four days of metal fun, so grab yours now at the ticket store!  A small handful of camper van pitches are still available.  Also selling out in record time was BLOODSTOCK’s first wave of 2018 Serpents Lair VIP tickets.  The second & final wave of VIP tickets, including a limited number of deluxe VIP packages and a limited amount of VIP upgrades priced at £145 (for those who bought ‘early bird’ tickets) will become available at 9.00am on 16th December.  Mark your calendars and don’t delay if you want to join us in 2018’s VIP Serpents Lair!