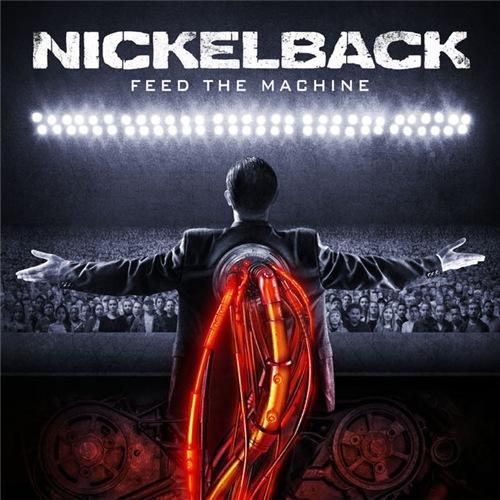 A new album from rocks most universally adored band. Sort of.

So everyone ‘hates’ Nickelback, and in some ways it’s understandable. They are extremely pretentious, filling every track with a formulaic structure, littered with every sex, drugs and rock n roll reference cliché they can manage. But you can’t take away from them the fact that they’ve produced some great songs, from the incredible commercial success of ‘Rockstar‘, to the genuinely great tune of ‘How You Remind Me‘.

They released the long-awaited single/title track on February 1st, and it was met with the expected internet trolling, but also some genuine enjoyment. This first track seems to suggest that Nickelback have taken on board some of their criticism, toning down the formulaic nature of their writing, and maybe even chucking in a dash more of a metal influence. After an almost proggy intro, we are met with a riff that sounds like an attempt at a Metallica knock-off. It’s hard to go in without the ‘oh it’s Nickelback‘ prejudice, but when you look past their attempts to distance themselves from their formula (which didn’t really work, by the way, they still try the ‘anthemic’ choruses and crude lyrics), this one really isn’t a bad song.

Track 2 opens with some interesting mixing to make a satisfying build up to yet another ‘metal’ riff. The verses are a bland mixture of embarrassingly referential lyrics, such as a shout-out to Bat Out Of Hell and some choppy chords that attempt to add a bite to the sound. Another guitar solo full of tapping and feedback carries on Nickelback’s poor attempt at metalizing their sound. ‘Song On Fire‘ is the third in a row to open with a quiet, almost ambient introduction- like an excited child trying to fit something they like into everything they own. It’s a much slower track, but it lacks any genuine emotion or feeling, instead focusing on over exaggerating Chad Kroeger’s rasping voice. ‘Must Be Nice’ is a weird nursery rhyme/rap metal mash-up, filling a distorted vocal line with odd, morbid references to kids songs. It really makes you question whether the band are just trying to provide those who see them as a joke with more material.

For a band trying to escape their formulaic sound, the next 3 songs are so formulaic and bland that I genuinely can’t find enough points to mention them individually. They’re simply poor attempts at variety, underlined by the same structure and mundane lyrics and riffs. They do, however, mark an attempt at the use of more electronic sounds and manipulation, which gives at least a bit of interest.

Then we get the classic attempt at being artsy/progressive by giving us ‘The Betrayal Act III’ before act 1 or 2… ooh that’s innovative Nickelback, well done. The track opens with a genuinely enjoyable acoustic introduction, before returning to more of the same from the rest of the album, which is disappointing. Having said that, however, it is probably the best track on the album after the title track, it actually has a punch to it that finally draws you in to the music. It’s followed by the actually quite abysmal ‘Silent Majority’, where even the normally genuinely quite good lead vocal seems shaky. ‘Every Time We’re Together’ is similar, a cringy half-ballad that nicely wraps up this consistently disappointing album. The album ends with ‘The Betrayal Act I’ (Act II is still nowhere to be seen, how ‘artistic’), another nice instrumental, but it still doesn’t exactly suit the rest of the album.

I genuinely tried to look past the Nickelback prejudice to listen to this album, but it turned out to be a lot harder than expected. Their insistence on the same formula is made infinitely worse by the fact they’re trying to avoid it by throwing in false metal influences and poor attempts at innovation. I feel bad for those who heard the genuinely decent title track and expected the whole album to follow suit, only to be met with bitter, bland and boring tracks over and over again.

For Fans Of- Theory Of A Deadman, Creed