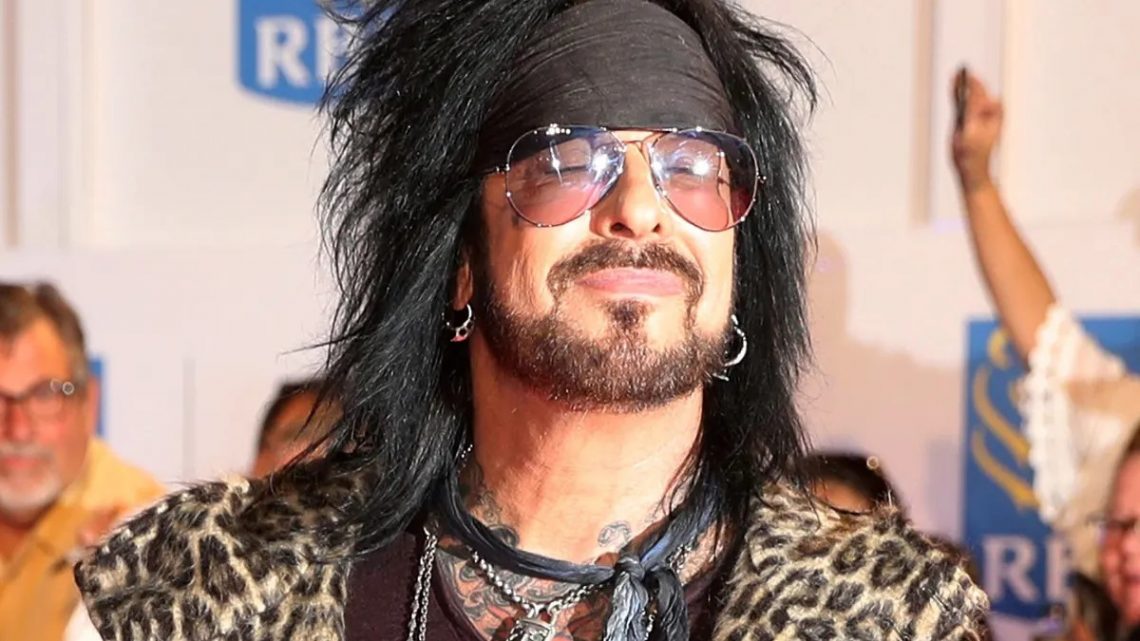 Nikki Sixx ‘The First 21’ and Sixx AM celebrate their success

Mötley Crüe and Sixx:A.M. founder Nikki Sixx is now a four-time New York Times best-selling author with his new book, THE FIRST 21: How I Became Nikki Sixx entering the coveted list at #8 on the Hardcover chart and #11 on the Combined Print And Ebook List. THE FIRST 21 joins Nikki Sixx’s other three bestsellers, The Heroin Diaries, This Is Gonna Hurt, and the Mötley Crüe biography, The Dirt: Confessions of the World’s Most Notorious Rock Band. In addition, THE FIRST 21 also quickly rose to Amazon’s bestsellers list since its release on October 19, occupying the top spot on Amazon’s rock music books chart and in the Top 40 overall biographies and memoirs chart. THE FIRST 21 is also #22 on the USA Today’s best-selling books top 150 list, as well as #9 on Canada’s The Globe and Mail bestsellers list, evident of the book’s global appeal.

“I am such a fan of books and storytelling,” said Nikki Sixx. “The whole process is extremely creative from the beginning to the end, which allowed me to open up candidly in the memoir about addiction, sobriety and reflect about the formative years of my life, while unpacking the complicated childhood that had some twists and turns along the way. I am really happy THE FIRST 21 connected with people in such a deep way.”

THE FIRST 21: How I Became Nikki Sixx is available at book sellers everywhere including Amazon, Barnes & Noble, Books-A-Million, INDIEBOUND, BOOKSHOP, HUDSON BOOKSELLERS, Powell’s, Target, and Walmart, among others. Fans can also listen to the latest release of his band Sixx:A.M, SIXX:A.M. HITS via Better Noise Music. The album serves as a companion piece to the book. The album debuted at #2 on the iTunes Metal in the US (#2 Rock), UK, Canada and Australia, as well as top 10 in numerous other countries. For more information, please visit: www.hachettebooks.com, or www.TheFirst21Book.com for the book and www.betternoise.com for the album.

Nikki Sixx is one of the most respected, recognizable, and entrepreneurial icons in the music industry. As the founder of Mötley Crüe, who is now in his twenty-first year of sobriety, Sixx is incredibly passionate about his craft and wonderfully open about his life in rock and roll, and as a person of the world. Born Franklin Carlton Feranna on December 11, 1958, young Frankie was abandoned by his father and partly raised by his mother, a woman who was ahead of her time but deeply troubled. Frankie ended up living with his grandparents, bouncing from farm to farm and state to state. He was an all-American kid—hunting, fishing, chasing girls, and playing football—but underneath it all, there was a burning desire for more, and that more was music. He eventually took a Greyhound bound for Hollywood.

In Los Angeles, Frank lived with his aunt and his uncle—the president of Capitol Records—for a short time. But there was no easy path to the top. He was soon on his own. There were dead-end jobs: dipping circuit boards, clerking at liquor and record stores, selling used light bulbs, and hustling to survive. But at night, Frank honed his craft, joining Sister, a band formed by fellow hard-rock veteran Blackie Lawless, and formed a group of his own: London, the precursor of Mötley Crüe. Turning down an offer to join Randy Rhoads’s band, Frank changed his name to Nikki London, Nikki Nine, and, finally, Nikki Sixx. Like Huck Finn with a stolen guitar, he had a vision: a group that combined punk, glam, and hard rock into the biggest, most theatrical, and irresistible package the world had ever seen. With hard work, passion, and some luck, the vision manifested in reality—and this is a profound true story of finding identity, of how Frank Feranna became Nikki Sixx. It’s also a road map to the ways you can overcome anything, and achieve all your goals, if only you put your mind to it.