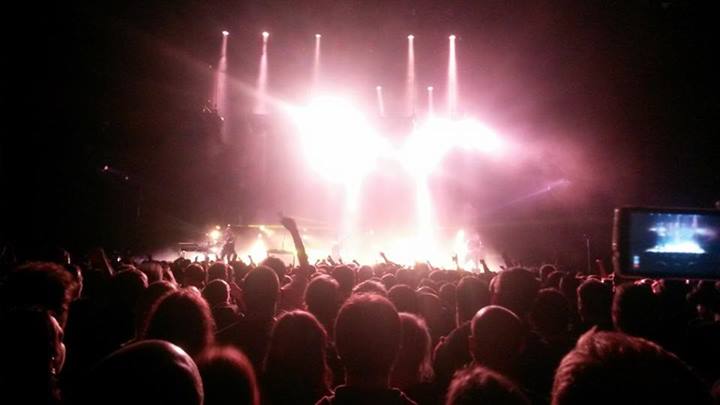 This was the second time I’d seen Nine Inch Nails play Glasgow, but my first gig at the recently opened SSE Hydro – an amazing venue with a seating capacity of 12,000 and plenty of standing room.

Support band, Cold Cave, have been described as a “collage of darkwave, noise, and synthpop”.  They were, in a word, awful.  My mate Alan described them as sounding like something from Top of The Pops in the 1980’s, which I think summed them up perfectly.  We watched for a song and a half and then went to the bar.

Nine Inch Nails on the other hand were absolutely amazing!  They played a set that was almost 2 hours in length and that included songs that spanned their entire career.  The sound quality was fantastic, as was the video / light show –

The balance of tracks was perfect – some old school hits such as ‘Head Like a Hole‘, darker stuff from The Downward Spiral (including an awesome version of ‘Eraser‘), and The Fragile, some more polished material from With Teeth and Year Zero, and of course a number of tracks from the lastest album, Hesitation Marks.  There were loud guitars, pounding drums, walls of distortion… and moments of beauty with final track, ‘Hurt‘.

I went home with ringing ears and neck ache, but it was worth it – quite honestly one of the best gigs I’ve been to in recent years – fantastic !! 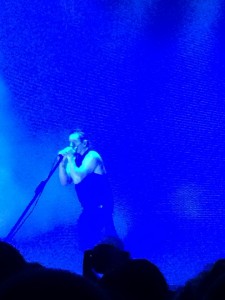 (thanks to Sarah Forsyth for this photo)

CHARIOTS OF THE GODS Comment On Departure of Vocalist and Drummer