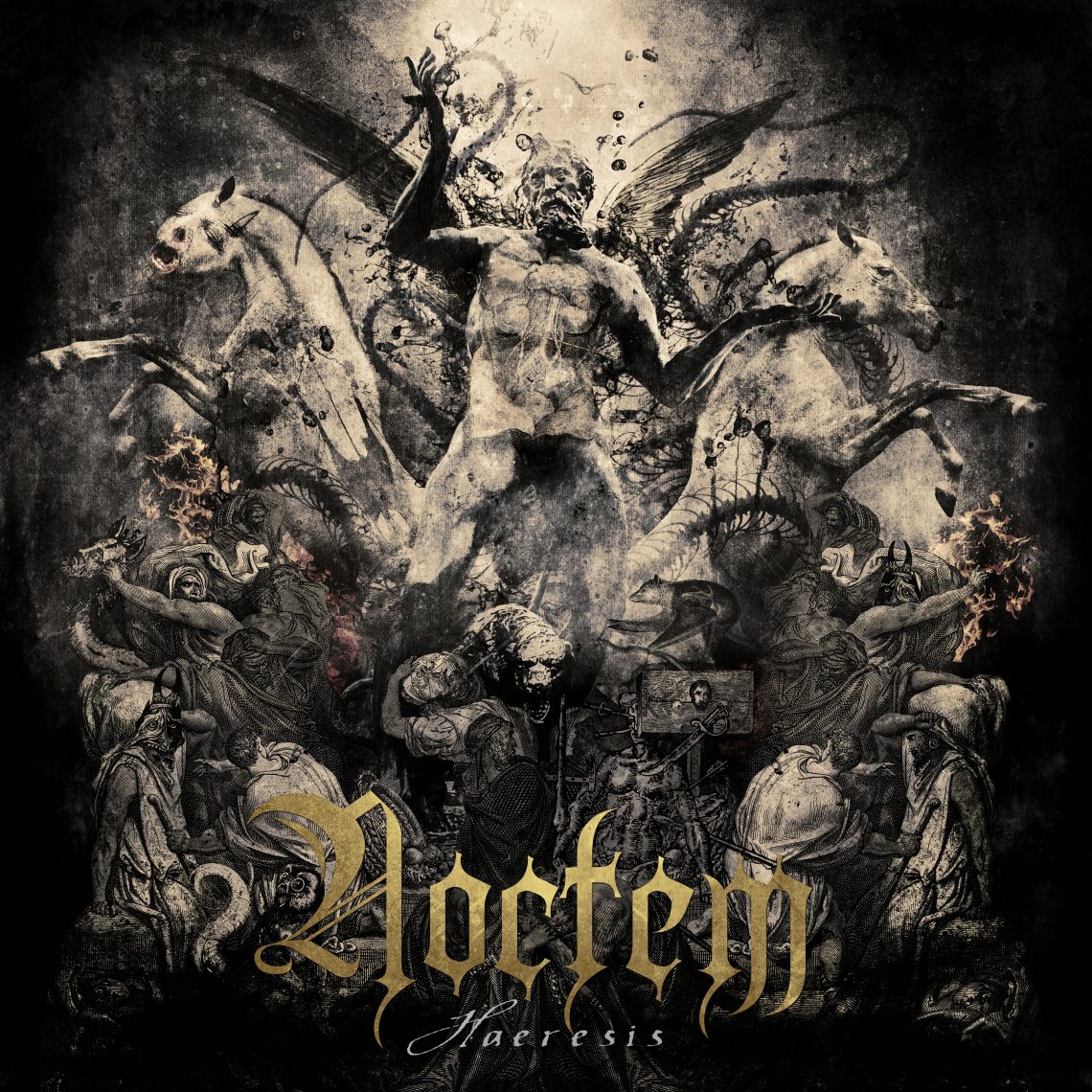 Blackened death metal is a subgenre that has grown in prominence and popularity since Behemoth’s exponential rise to power as kings of the niche. And though Noctem’s brand of punishing blackened death metal is a sound more commonly associated with Poland, and such acts as the aforementioned Behemoth and Hate, these Spaniards have been putting their country on the death metal map since dropping their debut, Divinity, in 2009. 2016 sees the quintet summon their fourth offering, Haeresis, upon us, – and what an offering it is.

Haeresis carries the typical aspects that separates decent death metal with a black metal influence from excellent blackened death metal. Yes, it has the blast beats. Yes, it has the distinctive “black metal” sound. But Haeresis has a truly occult feel to it. It is loaded with the kind of atmosphere one would expect from genre-masters Behemoth. From the opening notes of Through the Black Temples of Disaster to the final blast beat of Pactum With the Indomitable Darkness, there is a thick aura of evil. The mastery of tempo and the knowledge that it every second doesn’t have to be 666bpm also stands as proof Noctem are able to craft truly epic blackened death metal. The sheer number of brilliant, even hooky, riffs throughout Haeresis is simply astounding, as is the unrestrained ferocity Noctem deliver every second of the album.

Through the Black Temples Of Disaster kicks off the album with brutalising speed. With an almost perfect mix of the typical stylings of black and death metal, …Black Temples… stands as an ideal promotion for what to expect from Haeresis as a whole. Though a dark lesson in savagery, Haeresis’s title track is one of the most melodic moments on the album, and is sure to be a live favourite. Things take a more epic turn with album highlight Whispers of the Ancient Gods and album closer Pactum With the Indomitable Darkness being more than genorous with both the ferocity and the atmosphere.

There is no question that Noctem have released their magnum opus with Haeresis. This album stands as their most mature, and refined, releases to date – and as one of the most enjoyable albums of the year. ¡Salve Noctem! 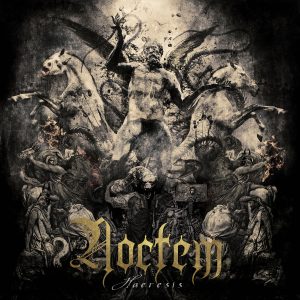 Track List:
1. Through The Black Temples of Disaster
2. Auto-Da-Fé
3. The Submission Discipline
4. Blind Devotion
5. The Dark One
6. Haeresis
7. Whispers of the Ancient Gods
8. Conjuring Degradation and Morbidity
9. The Paths of the Lustful Abandon
10. Pactum With the Indomitable Darkness

For fans of…
Behemoth, Hate, Belphegor

Check out Noctem on Facebook, and preorder Haeresis here!