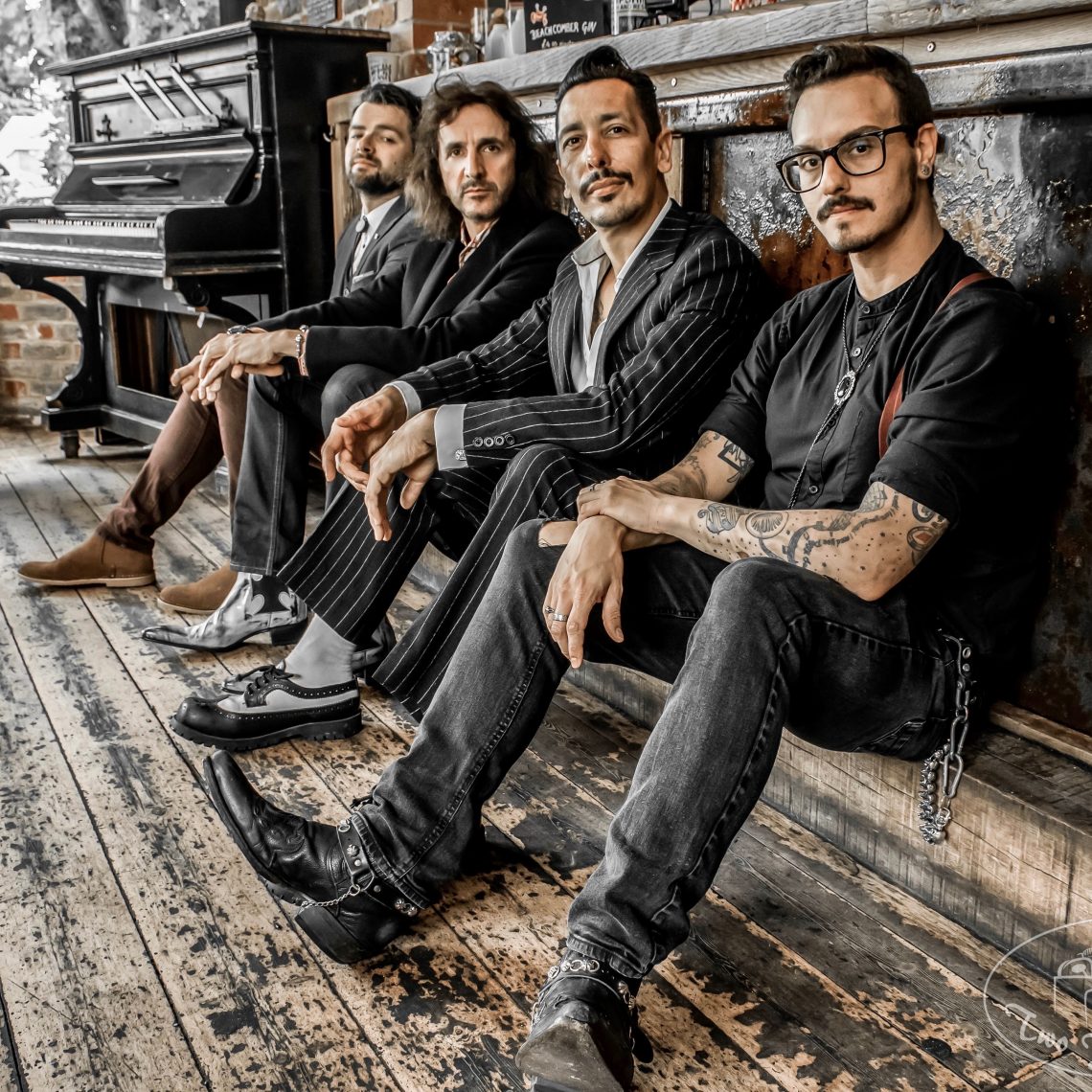 One Portion of Chicken Fried Snake, To Go! The Outlaw Orchestra Release Their Tasty New Single and Video, Unleashing their Claymation Alter-egos

Those fire-in-the-belly, rockin’-rhythm-in-their-rebel souls known as The Outlaw Orchestra are proud to premiere their brand-new Zappa-esque video for their super-catchy, foot-stomping single ’Chicken Fried Snake’.

Taken from their eagerly-awaited 10-track debut album ‘Pantomime Villains’ (due to drop on 29th May), ’Chicken Fried Snake’ is released today and provides a satisfying dish from The Outlaw Orchestra’s cookhouse and diner, which will leave you hungry for more.

Sounding like they’ve been steeped in moonshine since birth, the band do indeed hail from the Deep South – of the United Kingdom: Southampton. The band’s enthusiastic, fired-up audience at Ramblin’ Man last year, where they drew the biggest crowd on the Rising Stage, showed the appetite that exists for The Outlaw Orchestra’s talent, music, and showmanship.

‘Chicken Fried Snake’ has been getting well-deserved radio play from Loz Guest on Planet Rock Radio.

RAMZINE waxed lyrical about the track “The song brings satisfying iniquity with a gratifying buzzsaw guitar riff. This is a front running number from the album with expedited vocal dexterity and fluent prowess in the artistry”

The video displays an extra layer of Outlaw Orchestra’s dexterity and demonstrates their creativity away from the stage. A trippy stop motion encounter set in a roadside diner: it opens as a live performance video, but the visuals unexpectedly cut into an alternate Claymation world, treating the viewer to a four and a half minute dark musical, with motion and sound entwining seamlessly.

Guitarist and vocalist Dave Roux reveals what led to the stop motion video “My inspiration sprung from watching The Old Grey Whistle Test as a kid. The song ‘City Of Tiny Lights’ by Frank Zappa was aired with this incredible Claymation video which became rock video history. I watched it with all the other music kids from the area.

“We went onto make our own Morph-style videos with my Dad’s Super 8 camera. Back then we had to send off the film in the post, get it back weeks later, then edit it with Sellotape and scissors. We’d then have everyone over to watch as Dad set up the cine-projector. The ‘Chicken Fried Snake’ video is a Zappa-inspired offering, filtered through the Outlaw Orchestra mindset.”

As for the very notion of the dish and song, Dave puts it this way, “‘Chicken Fried Snake’ is a Deep South dish of Southern rock that spawned from my mis-hearing a reply to ‘What’s on the special board tonight?’ in Louisiana diner.

“It’s a culinary vacation for the mind that captures the heat, the flavours, the spices of being in Swampville America, packaged in a thumping hard rock track. It’s Creedence meets ZZ Top:  it’s a cosmic feast for the brain and a horror for the belly.”

Press have raved over the band and their eagerly-awaited ‘Pantomime Villains’ debut album.

Of the album, MNPR Magazine said, “To create a body of work as stylistically diverse as ‘Pantomime Villains’ takes talent, and to make it look as it if it was seemingly thrown together over a few beers, is pure genius.”