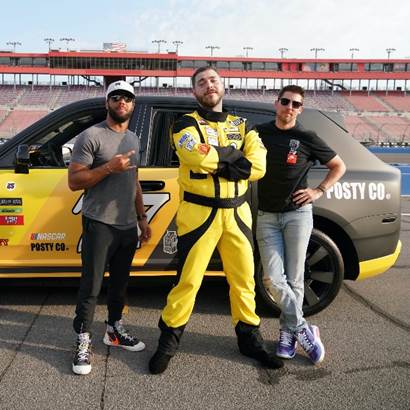 “Motley Crew” is his first new original music of the year – the lead track from a companion project to a forthcoming documentary, coming soon. Once again, he delivers the perfect anthem to rage to, living up to the title of “Motley Crew” like only Post can.

Mötley Crüe’s iconic drummer Tommy Lee is no stranger to interesting collaborations, including a previous appearance on Tyla Yaweh’s single “Tommy Lee”, alongside Post Malone. Tommy Lee latest album “ANDRO”, released via Better Noise Music in 2020, is a testament to the depth and variety of his musical taste. Lee spent 2 years writing and recording “ANDRO” and the record truly represents the music that he was meant to make – and reveals the depth and range of his musical fascinations. The album also symbolizes the male and female sides of music – equally important and equally powerful, thus the name of the album “ANDRO” Androgyny is a combination of the essences of male and female genders and the album is the manifestation of the concept.