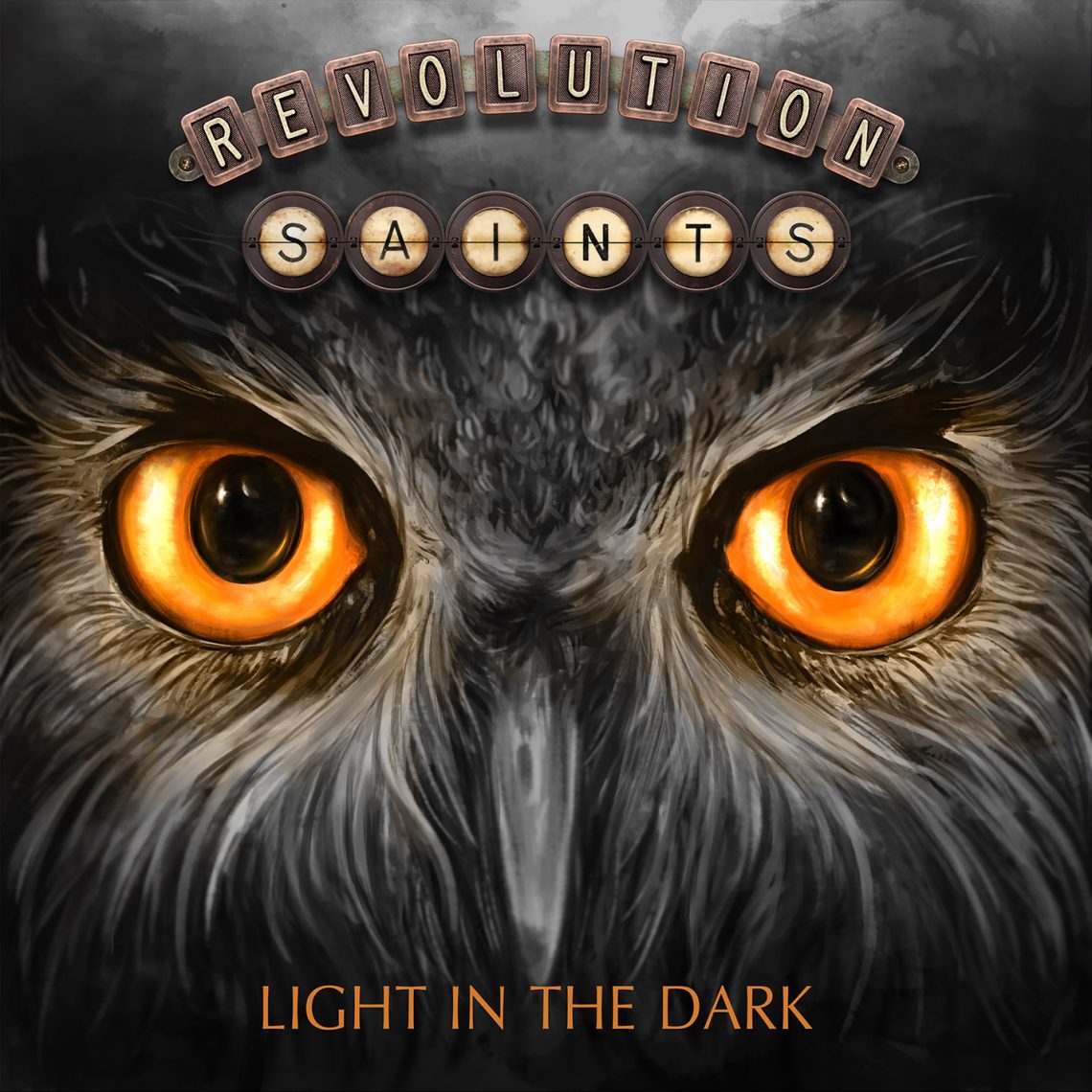 After the 2015 release of the self-titled debut album by REVOLUTION SAINTS–Deen Castronovo (ex-Journey, Bad English), Doug Aldrich (The Dead Daisies, ex-Whitesnake, DIO), Jack Blades (Night Ranger, Damn Yankees)—rock fans around the world rejoiced at the inspired musical offering. Those fans will, once again, have cause for celebration as REVOLUTION SAINTS will be releasing their second album later this year. The band has released a video for the title track to the new album

LIGHT IN THE DARK is due out October 13th on Frontiers Music Srl. The album will be available on CD, CD/DVD Deluxe Edition (includes live bonus tracks on the CD and on the DVD, footage from the band’s first-ever live performance captured at Frontiers Rock Festival in Milan this past April, a “Making Of” mini-documentary, and music videos for “Light In The Dark” and “I Wouldn’t Change A Thing”), Vinyl, and as a special Limited Edition Box Set (includes the Deluxe Edition CD/DVD, 180g Vinyl, T-shirt (size L), poster, lithograph and sticker). Pre-orders for all formats can be made at the following locations:

You can also listen to Revolution Saints’ newest music on Spotify here: http://radi.al/LightInTheDarkSpotify

For LIGHT IN THE DARK, REVOLUTION SAINTS once again teamed up with producer/songwriter Alessandro Del Vecchio (Hardline, JORN), who was also behind the boards for the band’s debut album. Most of LIGHT IN THE DARK was recorded at Del Vecchio’s studios in Somma Lombardo, Italy, with additional recording taking place at Blades’ studio in Washington, Aldrich’s CasaDala studio in Los Angeles, and other countries all over the world while Aldrich was on tour with The Dead Daisies.

“This is a fun band!” exclaims bassist Jack Blades. “I think the fans are going to pick up on the excitement and the shear musical enjoyment we are having. It was great going to Italy to get the album started and film the videos, and the music speaks for itself.”

“’Light In The Dark’ is such a great song,” continues singer/drummer Deen Castronovo. “It was the first one we recorded. We ran through it a few times and nailed it in the first couple takes. We’re so excited for everyone to hear this record. We’re very happy with what we came up with and can’t wait to bring it to everyone live.”

As guitarist Doug Aldrich proclaims, “I’m very excited about REVOLUTION SAINTS’ second record! First I want to say that it’s because of huge support from the fans that RS2 happened. Thank you. If you liked #1, I think you’ll love this one even more. It’s stronger, and a bit heavier in some spots. We tried a few new things and we can’t wait for our fans to hear it! There’s a very good chance we’ll finally get to play live and we’re currently exploring the possibilities of a tour. For now, get ready, because the album kicks ass and it’s comin’ at you real soon!”

REVOLUTION SAINTS was born from the vision of Frontiers’ President, Serafino Perugino, who for years had hoped to work on a project highlighting Deen Castronovo’s amazing vocal abilities. Having previously worked with all three artists on different projects on Frontiers, having Castronovo, Blades and Aldrich on board together was a dream come true for Perugino.

This time, with one album already under their belt, REVOLUTION SAINTS entered the studio to record the new album more familiar with one another and a clear understanding of where they wanted this to go. As with the first album, Castronovo’s superb vocal talents are in the spotlight on this release and deservedly so. Pretty impressive for a man who is most widely known for his incredible drumming talents. Jack Blades really needs no introduction at this point, but for those who have been living under a rock, his bass and vocal talents are well documented over the years through his work with Night Ranger, Damn Yankees, Shaw/Blades, and more. And, of course, a major feature is the fiery and intense playing from former Whitesnake and DIO guitarist Doug Aldrich, whose blistering guitar fretwork is on full display here.

LIGHT IN THE DARK builds off the classic melodic rock style of the debut, but fans should prepare for a somehow even more inspired set and a few (pleasant) surprises. Inspiring, uplifting, emotionally powerful, and thoughtful, this album WILL be the soundtrack to many a moment in your life.

The music media had a lot of praise for the band’s self-titled debut album:

“REVOLUTION SAINTS is what you should expect: sharply played, always harmonious retro hard rock…a classy, melodious and sentimental walk back to when commercial hard rock was king. An album like this in 1986 would’ve been an automatic chart burner and cheers to Blades, Castronovo and Aldrich for treating this moment like an automatic chart burner is imperative to their inner fabrics.” – Blabbermouth

“These are uplifting, joyful songs and there is no brooding melancholy here. They are inspiring, positive and full of sunshine. Everyone involved is musically perfect and flawless…A fine addition to any music collection, Revolution Saints is well worth the investment.” – CrypticRock

“Revolution Saints are being dubbed ‘the musicianship to die for’ and one of the most interesting collaborations in the recent history of rock. Guessing by their first effort, there’s neither a pomposity nor an exaggeration to such statements. Revolution Saints is, to put it simply, an instant melodic rock classic standing up to reputation of all parts involved…what is perhaps the album’s strongest point is the material itself, 12 songs distinguished not only by the extraordinary performance, but also by the high quality songwriting. Intertwining soaring power ballads with fiery guitar-laden tunes, all of them embroidered with perfectly crafted melodies, Revolution Saints is not only a must for all Night Ranger/Journey/Whitesnake fans. It actually goes far beyond the musicians’ collective resumes with its catchy-yet-tasteful melodies and classic hard rock flavors.” — Hardrockhaven

Here’s the complete track listing for LIGHT IN THE DARK:

– REVOLUTION SAINTS live at Frontiers Rock Festival (“Back On My Trail,” “Turn Back Time,” “Here Forever,” “Locked Out Of Paradise”)

– Making of LIGHT IN THE DARK (documentary)