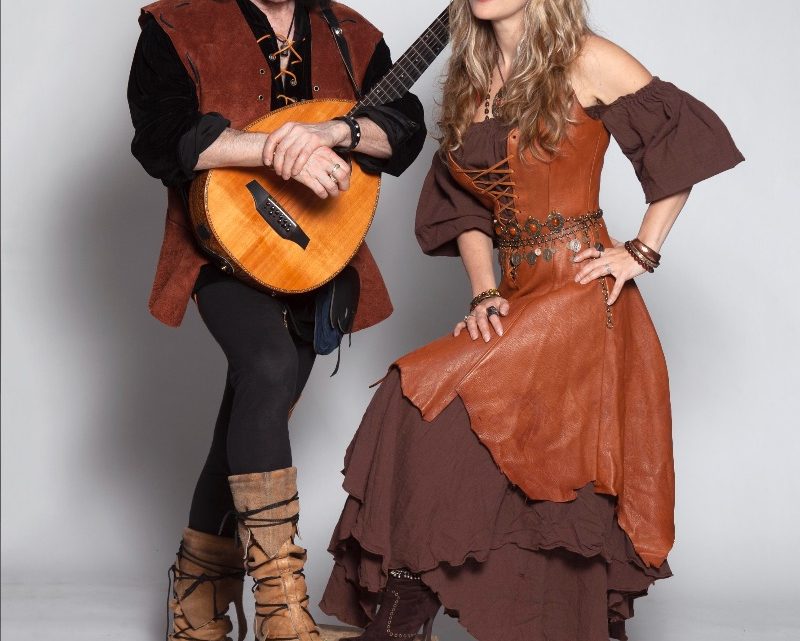 earMUSIC, the global independent Rock and Contemporary music label of Edel Germany GmbH, is proud to announce the worldwide signing ofBlackmore’s Night. The band was founded in 1997 by legendary Hardrock guitarist Ritchie Blackmore and Candice Night to stage their mutual love for traditional Medieval and Folk-Rock music. Ritchie Blackmore has shaped the Hardrock scene for decades as one of the most influential and notorious guitarists ever, first with Deep Purple and later with Rainbow.

“Nature’s Light”, Blackmore’s Night’s eleventh studio album, will be released in Spring 2021 – followed by the band’s entire catalogue later in the year.

To bridge the time while waiting for “Nature’s Light” to be finally released, the band decided to record a new Christmas themed EP and give their fans something special to celebrate the holy days with. “Here We Come A-Caroling” includes 4 festive tracks and will become available December 4th, 2020,on Limited Edition 10” Translucent Green Vinylas well as a Limited Edition CD Digipakand Digital.

Their new studio album “Nature’s Light”is an honest declaration of love to the Folk music of the Renaissance era, deeply inspired by myths and legends of times that are long gone and driven by the fiery relationship between the two married songwriters.

Max Vaccaro, General Manager earMUSIC, says: “We celebrate the “homecoming” of a true music legend: Blackmore´s Night started its wonderful musical journey with Edel in 1997. Today, decades later, it is a joyful occasion to welcome Ritchie and Candice back and to plan many years of exciting collaboration with them
for their new music and a catalogue that has reached the heart of millions of fans over the years.”

Ritchie Blackmore and Candice Night add:“On June 2, 1997, we released our first Renaissance Folk-Rock debut album: “Shadow of the Moon”. With devotion and professionalism, our new record label, Edel, brought “Shadow of the Moon”to the top of the charts, where it remained for 17 weeks, earning us our first Gold Record as Blackmore’s Night, a project close to our hearts and as untouched territory, a new genre for us to bring to the world. Our music is an escape from the stress and pressure of modern times. Journey back through time with us, to a simpler, magical time where music enters your heart and soul. We are honored to be “Back Home Again”, with our friends and colleagues of Edel. Blackmore’s Night has returned with our new CD, fans have been waiting for 5 years, and we are excited to be able to pair up again with Edel to bring it to them.”