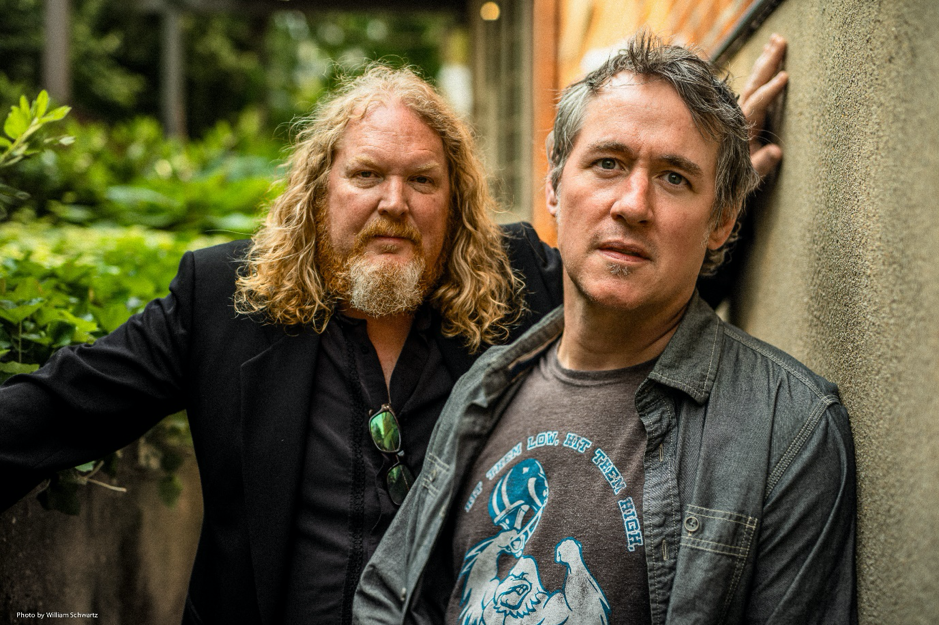 The ‘That Is Love’ video is an excerpt from a three song live performance recorded at Chateau Fornance (Brett’s home studio), recorded on 11 July, 2020. Brett and J.D. Beck of Rise Twain along with Katie Barbato (a songwriter from Philadelphia PA) wanted to creatively share their music in an intimate, comfortable setting during the ongoing Covid Pandemic.

The performance is live, no edits, pure and in the moment. It was shot on smart phones then edited in a creative manner to add context and emotional dynamics.

Listen to the track ‘Oh This Life’ here: https://youtu.be/XUWr1Vyg180

Talking of how the duo came together: “I produced an album for J.D.’s original band, The Scenic Route”, says Kull, describing his first meeting with Beck in 2007. “They were a rocky, progressive kind of band, like a Jeff Buckley kind of thing. I was immediately drawn to his vocals. He’s such a strong singer.” Kull says he and Beck immediately hit it off, what he describes as an “inevitable connection.”

Adds Beck, “I just knew I had to work with Brett on a higher level. When I came in to cut the vocals on the Scenic Route album, the way we worked together…some people you just gel with, and then some people you have a barrier with. Brett and I gelled.” They spoke of one day collaborating on their own project, which finally surfaces as Rise Twain.

Discussing the album’s musical direction, Beck notes, “There’s not a typical structural theme that we use over and over and over. ‘Organic’ is a word that comes to mind. Seeking openness through simplicity and allowing the complexity of music to exist without the necessity of overly packing it or overly processing it. With that we were able to achieve such a broad spectrum of sound, and a colossal sense of its existence, without having to have a billion guitars and a billion things put over top. There’s some colouring with strings and other embellishments, but it really is something very simple and stripped down, and it’s awesome.”

Kull adds, “There’s a lot of complexity in this, but it’s not overt in the least bit. But yet, when you get into it, there’s all this really rich harmonic and dynamic stuff going on.”

Look out for more information on the debut album from RISE TWAIN, as well as the first taste of music, in the coming weeks.