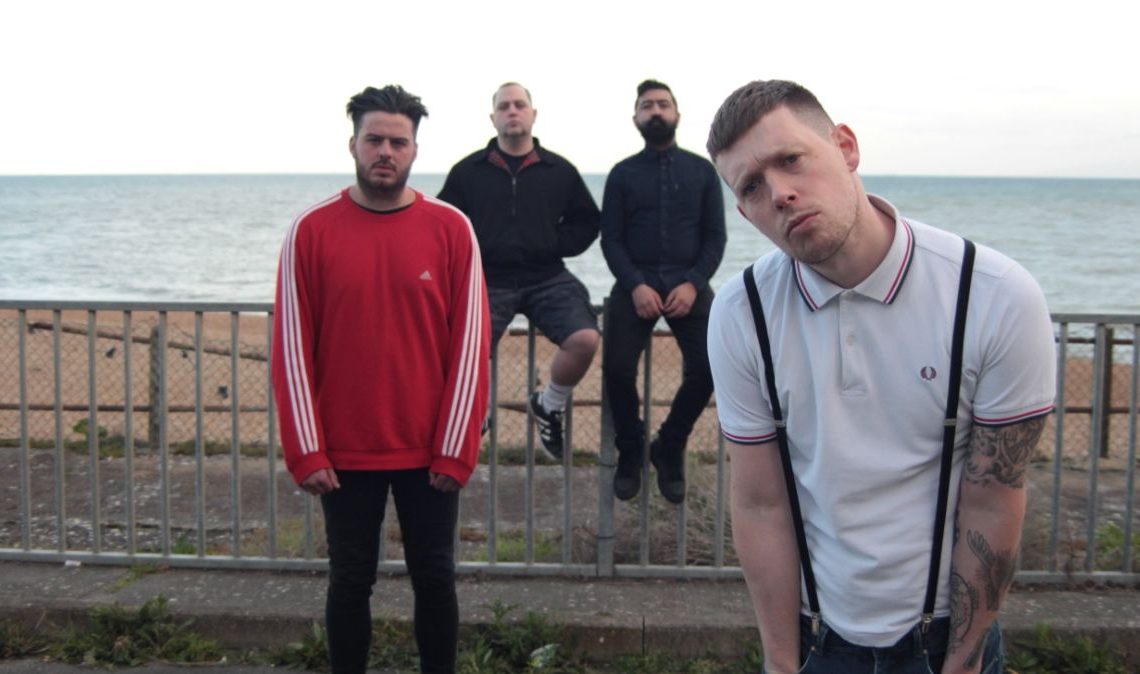 Given the current state of the world, anybody would be forgiven for being in a perpetual state of loss. There’s a tangible feeling of confusion, dismay and fracture on any street that leads to a preference for isolation or staring at our own private screens over physical interactions. However, what this often breeds is communities ready to ignite people with an energy to fight the malaise bred by injustice. Enter: Riskee and The Ridicule. A tour-de-force band of politics, protest and punk that practices what they preach and are spearheading such a charge.

Growing up in Kent, the group had always been a staple of the UK DIY scene, but their fervent attitude and unique “Grime-Punk” rallied troops of dedicated fans across the world. This die-hard community, the seamless relationship between “artist” and “crowd”, is ever-expanding and the reason Riskee and The Ridicule have toured ruthlessly nationwide, across Europe, the USA and are now readying their third studio album, Body Bag Your Scene.

Following the release of explosive first single ‘Kaboom!’ earlier this month, where listeners got their first taste of the forthcoming album’s aural feast, this week finds the band in a more reflective mood with the release of new single ‘In The Dark We Dwell’.

“‘In The Dark We Dwell’ is about gravitating towards self destruction,” explains frontman Scott Picking. “It’s an insight in to the past. It’s about who we used to be and who we are now.”

The video directed by the band, is a respectful nod to Keith Flint and anyone suffering from their own internal darkness.


Musically, the band meld their genre-spanning influences with their intent to challenge preconceptions. On the surface they may appear easy to read, when in fact Scott Picking (Vocals), Jimbo Aglony (Guitars, Vocals), Jordan Mann (Guitars, Vocals) and Matt Verrell (Drums, Vocals) are a gang of progressive punks who form a powerhouse of change. Full of fierce energy, the Kent quartet have motives resting among The Clash with relentless streams of wit, literacy and observational accuracy akin to The Smiths and a background in the UK Grime scene.

Body Bag Your Scene was written and recorded at breakneck speed, a reflection of its reactionary nature to the daily uncertainty projected upon us. Taking aim at the powers that be (“Our Time”), sexual exploitation (“Sex”) and the barrage of contradictory news (“Black, White & Grey”) it’s a record that holds a mirror to the world with simultaneously acerbic and humourous analysis.

Establishing themselves as an unstoppable live band who are not to be missed, Riskee and The Ridicule are about to set fire to the touch paper and ignite a necessary attack on the current state of unease. Body Bag Your Scene is available on June 28th via Bomber Music. 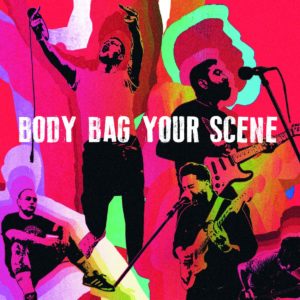 Catch the band live at Rebellion Festival this August.