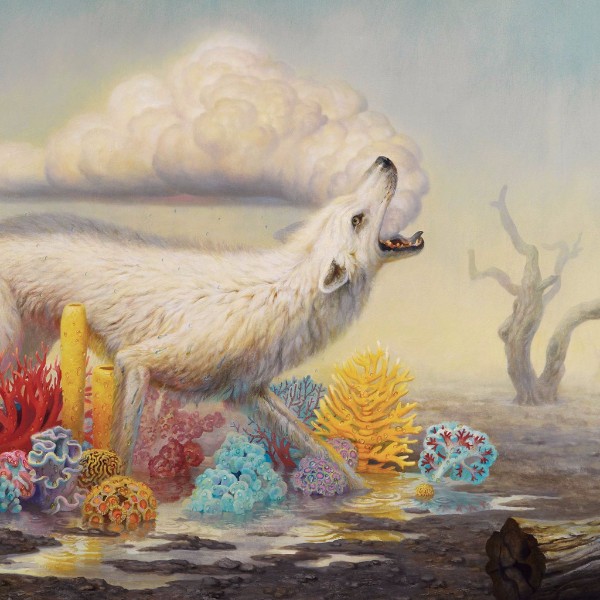 ‘Hollow Bones‘ is the brand new studio album from Long Beach, California rock ‘n’ roll phenomenon Rival Sons, their first since the release of ‘Great Western Valkyrie’ in 2014, an album which charted in 14 countries around the world and saw the band appear on ‘Later… with Jools Holland’ in the UK, ‘The Late Show with David Letterman’ in the US, play at the Glastonbury and Isle of Wight festivals, and win consistently rave reviews for their pulsating live shows.

Vocalist Jay Buchanan said “Each record we’ve made has been part of a distillation toward revealing the band’s essence. This record, finally is the release of the unapologetic, wild beast that has long lived within the ribs of Rival Sons howling to be freed.”  Recorded in Nashville’s LCS studios, ‘Hollow Bones’ sees recent  2 x Grammy winner Dave Cobb on producer duties yet again who commented “Rival Sons are the best rock ‘n’ roll band on the planet!”

Having supported some of the biggest and best names in rock history, including being hand-picked to support Black Sabbath on their current final world tour, following sold out tour after sold out tour, and recently being added to the main stages at Europe’s premier festivals such as Download UK (main stage Sat. 11th June), Download France, and Rock Am Ring/Rock Im Park in Germany, the Rival Sons rock ‘n’ roll train continues to gain momentum, with the new album ready to propel the band even further than before.

Arguably the most soulful voice in rock music today, Jay Buchanan’s vocal performance on the album is as fiery and passionate as ever. Infused perfectly with Scott Holiday’s fuzzy guitars, powerful bass lines courtesy of Dave Beste, and held together by the precise drumming of Michael Miley, the lead single, “Hollow Bones Pt. 1” and the electrifying anthem “Pretty Face” encapsulate the refined and perfected Rival Sons sound. The final track, “All That I Want”, is a tender, touching finale, where the guitars take a backseat, allowing Buchanan to deliver a raw and genuinely breathtaking performance.

Always a band who feel artwork is as much a part of the album experience as the music, their first outing was a collaboration with legendary artist Storm Thorgerson, known for many iconic album covers from the likes of Pink Floyd and Led Zeppelin.  This time they have teamed up with artist Martin Wittfooth, whose intensely allegorical paintings all suggest the future of the human condition on a piece called “Rainsong”. Guitarist Scott Holiday commented “I discovered Martin Wittfooth about half way through making ‘Hollow Bones’. I was immediately drawn into his work. I loved his imagery with animals and felt it was calm and unnerving all at the same time. I also loved the touch of whimsy and beautiful psychedelic overtones he used. First time I saw his work I immediately felt it was right for this album. I won’t try to overly interpret the album cover or explain in detail why I believe it works perfectly with the album..but I can safely say I think this just might be my favorite cover of ours yet.”

Rival Sons are currently the sole support on the current Black Sabbath The End Tour, and their only UK scheduled date is Download Festival’s main stage on Saturday 11th June. 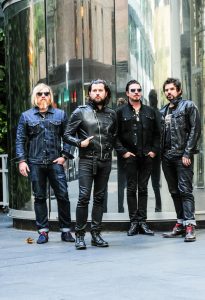