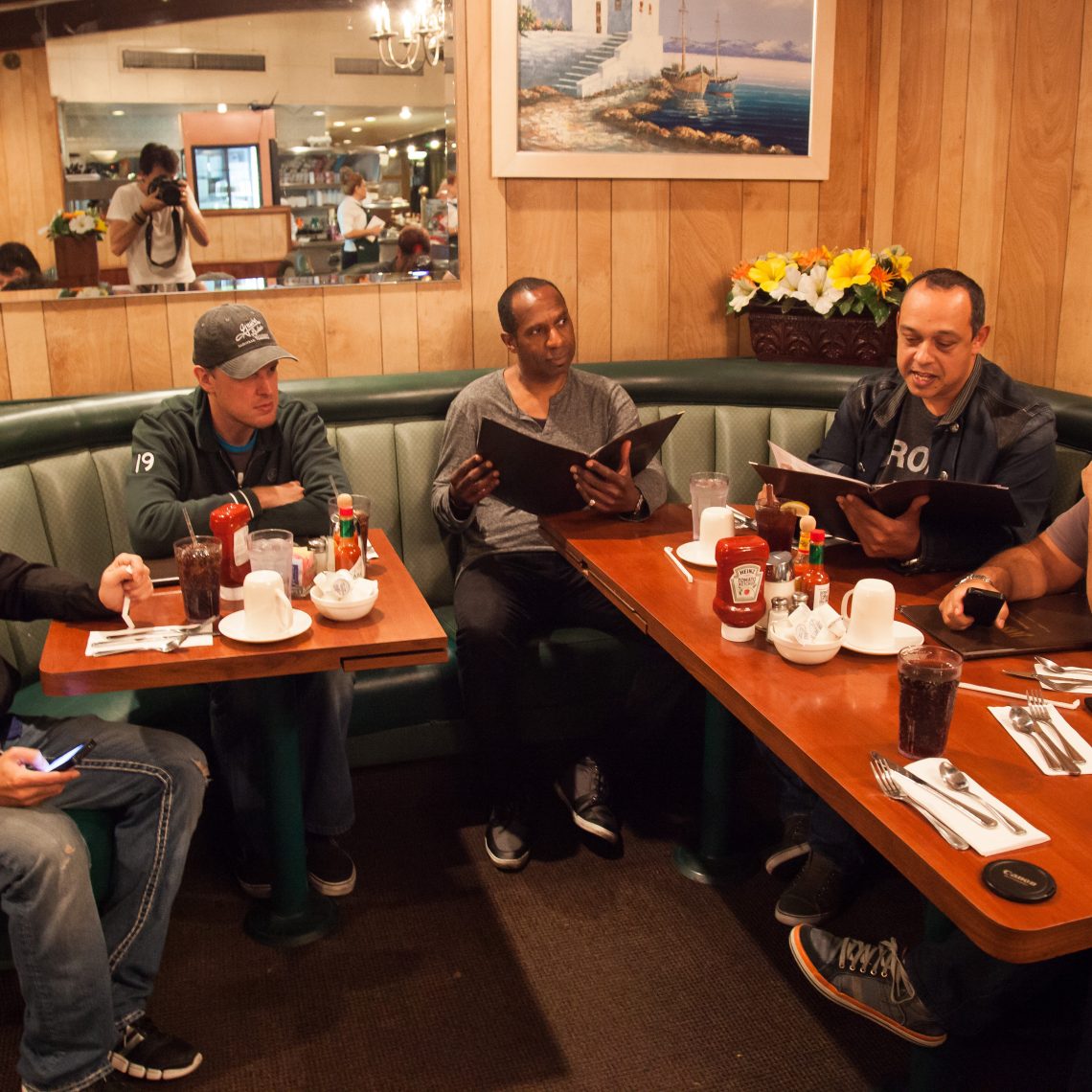 Rock Candy Funk Party delivers a lavish soundscape that incorporates a plethora of genres, from dance and electronica, to rock funk and jazz and everything in between. The band is gearing up to release their brand new album The Groove Cubed this fall following their last studio album released back in 2015,Groove Is King.

The Groove Cubed which is set for release on October 20, 2017, was recorded at Tal Bergman Studios in Los Angeles, California. With this new album, the band continues to push the musical envelop and seamlessly blend various genres together. Standout track and first single “Don’t Even Try It” shakes things up by adding the boundless energy and soulful vocals of Vintage Trouble’s Ty Taylor. The classic cover of James Brown’s “I Got the Feelin’” is brought to life with Australian singer Mahalia Barnes. Adding these two powerhouse singers is a first for RCFP, who normally stick to grooving instrumentals. According to Bergman, “It will take the listener on journey that explore the use of different styles of music from different eras and hopefully break some rules!!” The Groove Cubed has the “mark of real pros,” with top-notch improvisation and musical chemistry. The band went into the studio without any songs or ideas came out victorious with a new record.

This album is an all-around fun and exciting record that shatters genre defining stigmas and takes elements from the past as well as from contemporary music. Each song starts with “a riff, groove, or feel” and morphs into a stellar funk gem. Bergman says that the main goal for The Groove Cubed was “as always to say something different. This band is a perfect vehicle to make music in unorthodox ways that crosses different genres.” The band’s motto and perfect concept for this new album is that “there are no rules, just expect the unexpected.”

The band formed around 2009 when drummer Tal Bergman and guitarist Ron DeJesus combined their love of funk music and released Groove Vol. 1 to share it with the world. After Tal began recording and performing with blues-rock titian Joe Bonamassa, Bergman invited him to join the fun. By 2011, Bonamassa had officially joined the band and the groove has been growing stronger ever since.

RCFP isn’t your run-of-the-mill funk jam band. They are highly reputable, respected, and experienced professional musicians who share a love of experimenting with various musical concepts. Individually, the members add their own expertise and styles to the mix. Tal Bergman’s versatile drum style has allowed him to play every style from rock and R&B to Jazz and Funk. Guitarist Ron DeJesus has always been inspired by funk music and has been continuing to preserve the legacy of funk greats like James Brown and Sly Stone. Bassist Mike Merritt brings the swinging jazz side of things to the table and is currently a member of TV Host Conan O’Brien’s Basic Cable Band. Finally, keyboard wizard Renato Neto brings a Brazilian flavor that adds a fantastic rhythmic element.