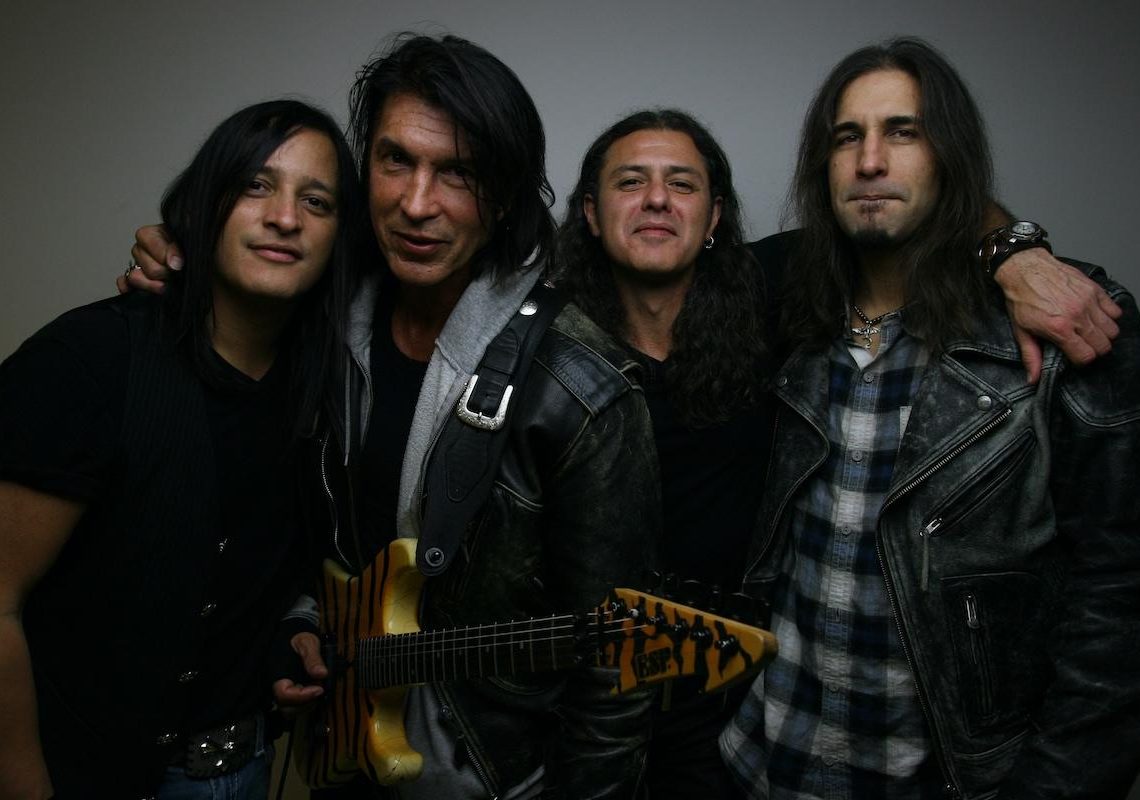 18th July 2020 0 By John Deaux
West coast rock veterans Lynch Mob will celebrate the 30th Anniversary of their seminal album Wicked Sensation with a special limited print/deluxe anniversary edition of the album. Wicked Sensation Reimagined features re-worked and re-recorded versions of their classic songs and is available via Rat Pak Records on August 28, 2020 (also available in Japan via Marquee/Avalon). The twelve-track album, originally released in October 1990, is considered by many to be sacred and perfect the way it was. The idea of recording it was not something Oni Logan or George Lynch took lightly. 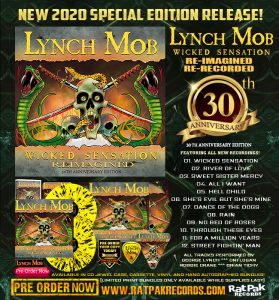 “The term ‘re-record’ makes me cringe, this is not that,” explains Lynch. “We re-invented the wheel on this record. It’s really a different animal than the original! Fans won’t be disappointed!”
Logan adds: “30 years later here we are celebrating the first song I penned and wrote for the band Lynch Mob ‘Wicked Sensation.’ This one’s for the fans that have been there from the beginning! My recommendation is to listen to it loud!!”
The new cover of Wicked Sensation Reimagined was hand drawn by mid-west comic artist Andrew Owens as a tribute to the original cover art. The album is available in multiple bundle configurations including: a limited print Yellow and Black splatter vinyl (Limited to 500), hand autographed CD bundles and cassettes and more. The album is now available for pre-order at: www.ratpakrecords.com/lynchmob.
With the help of Robbie Crane (Black Star Riders) on bass and Brian Tichy on drums, George Lynch and Oni Logan bring passion and power into these newly created arrangements; some that take nothing away from the old versions but bring new light and magic to the material. The songs continue to sound as fresh and timeless and will be ready to garner a whole new legion of fans for the next thirty years. Wicked Sensation Reimagined was produced by Lynch Mob & Brian Tichy and mixed/mastered by Chris “The Wizard” Collier. 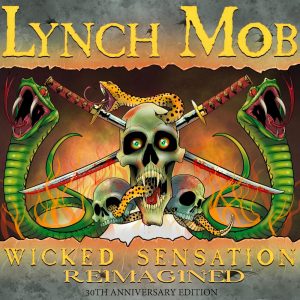