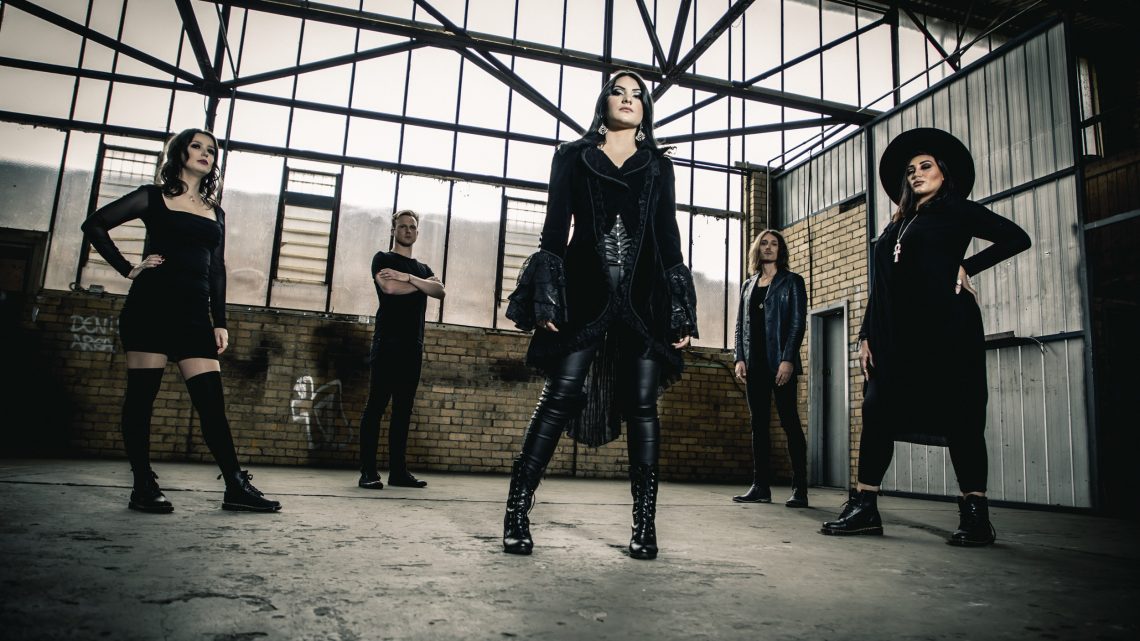 20th January 2021 0 By John Deaux
Australia’s Victoria K will be releasing their first official DVD “Live Isolation Concert” on January 29, 2021 via Rockshots Records. The top-notch live DVD experience was recorded during the pandemic crisis and includes all the songs from the highly acclaimed debut album “Essentia” unleashed during April 2020.

Leading up to the DVD’s release, Victoria K is sharing the video clip for the track “Freaks”

“The song Freaks is based on the book “Freaks” by author Kieran Larwood.  In the book, The Freaks are a band of misfits, trapped in a nightly Victorian sideshow.  The song Freaks, therefore, explores how outcasts don’t fit in with the norms of society and are shunned by others and how these outcasts work through figuring out a way to finally accept and love who they are.

The DVD was the only way we could share a concert of our music with the world during the global pandemic.  It shows how adaptable and resilient we can all be during times of crisis and that nothing can stop the music that brings people together and transcends race, religion, and even a global crisis.  As artists to be able to leave a legacy even during times of global crisis is humbling and a reminder that we can overcome all adversity.  Critically to be able to give something back to the fans for all their support over the years was very important to us and we a grateful for how the album Essentia was received.  So the live isolation show was really a thank you to all our fans and a reminder that together we can get through this pandemic.”

“Freaks” is also available for stream and immediate download via the following links:

The DVD is available for pre-order here: https://bit.ly/VictoriaK_DVD

The live show will be also released as a digital album on the major online stores.

The Melbourne singer/songwriter has made her mark on the rock and metal scene with the release of her debut single ‘Monster’ in 2016, featuring guitar work by Brett Garsed (John Farnham Band) along with her 2019 follow up track ‘Lacuna’ distributed in Australia and New Zealand by Warner Music Group (Australia) and is the lead single off the upcoming album.

The single garnered a lot of media praise and created an opportunity for Victoria K to support Swiss folk metal giants Eluveitie for their May 2019 tour date in Melbourne, a performance that had the crowd chanting for an encore.

Although the album was originally a solo project, it has now developed into the current band structure with each member bringing their own energy and experience to the collective.  The band is looking forward to collaborating on future releases.

“I really hope that when our fans and new listeners hear the album they can all find something that they connect with on a deeper level.  Whether that connection is found from within the music itself or from specific lyrics, I really hope they find something familiar, which can connect them to some experience they have had, invoking memories and feelings, eliciting an emotional response.”

Victoria K‘s talented songwriting and compositional influences include Evanescence, Within Temptation, Nightwish and Kamelot amongst other current bands in the European metal scene and her music have been likened to be a blend of these influences. Victoria K has racked up hundreds of thousands of views on YouTube with her own original creations and through featured videos alongside a number of talented musicians covering a plethora of songs. Victoria K‘s covers include Iron Maiden’s “The Trooper”, Nightwish’s “Last Ride of the Day”, Metallica’s “Nothing Else Matters” and Kamelot’s “Insomnia”, the latter of which received attention from the band themselves on Twitter and led to a meeting of talents when the American power metal band found themselves in Melbourne during their 2018 ‘The Shadow Theory’ Australian tour.