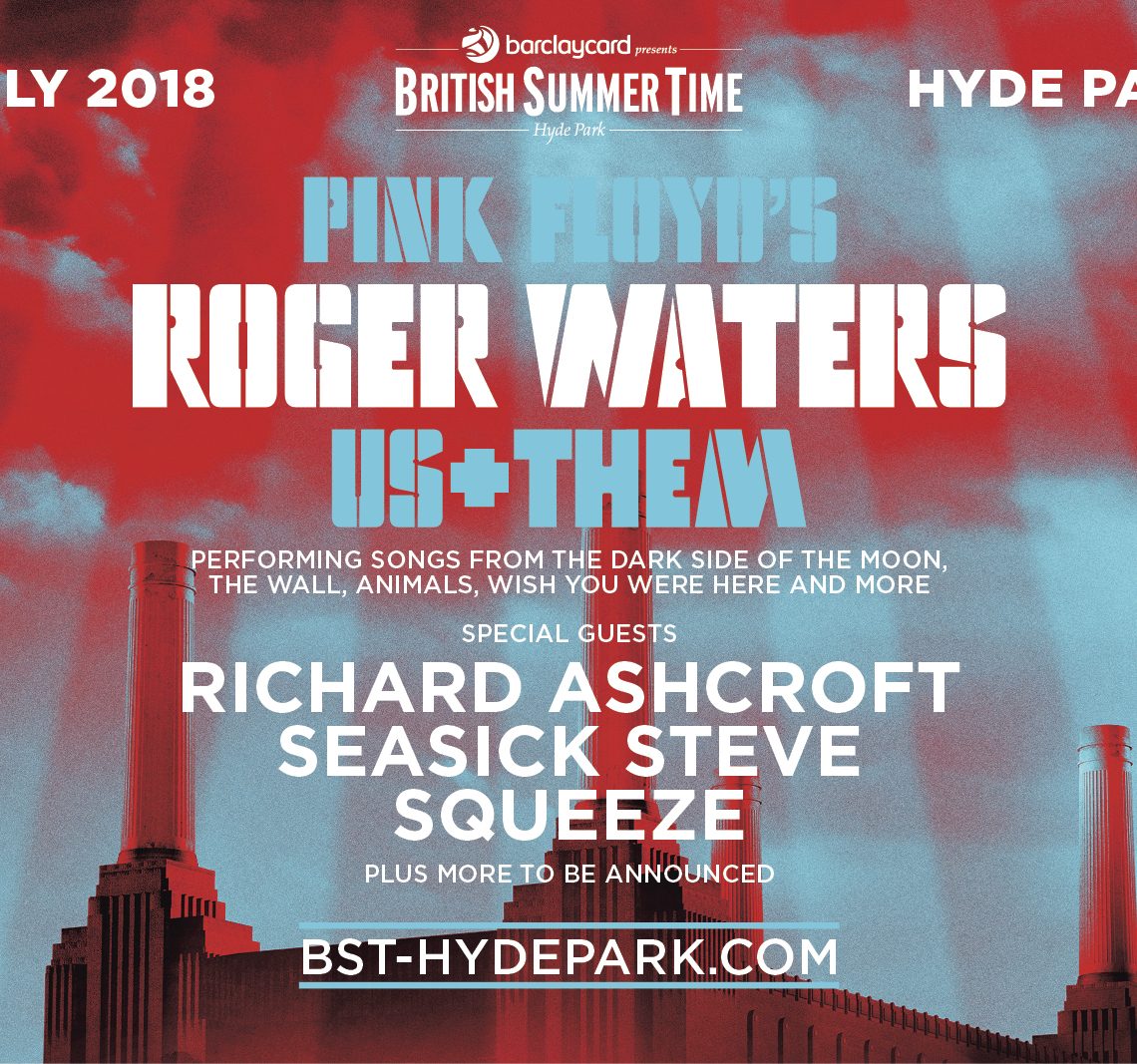 Roger Waters is still on the top of his game after 50 years, and with David Gilmour still touring and Nick Mason’s Saucerful Of Secrets starting up earlier this year, we are lucky to say we can still see a delightful variety of Pink Floyd music being performed live.

Across the day, sets from Seasick Steve, Squeeze and Richard Ashcroft (whose rendition of ‘Bittersweet Symphony’ draws the audience into a huge sing along) are all seen by the crowd as merely filler, as they wait for Roger Waters to take to the huge Great Oak Stage. When he finally does, the applause that ripples across Hyde Park is mesmeric, and almost drowns out the opening notes of ‘Speak To Me’. As the opening track from 1973’s ‘Dark Side Of The Moon’ fades into ‘Breathe’, the audience really does drown out the music as shouts to ‘turn it up’ ring over the vocals of David-replacement Jonathan Wilson.

As the volume is turned up we are treated to an unexpectedly early track, ‘One Of These Days’, which sees Waters signature bass tone dominate the exceptionally good sound that fills Hyde Park, as well as ‘Time’ which evokes the hugest screams yet. The voices of thousands screaming out every word show how well the music of Pink Floyd has aged. ‘Great Gig In The Sky’ is performed by the very creepy looking, yet perfectly in-sync vocal duo ‘Lucius’ (Jess Wolfe and Holly Laessig). They make the track their own, performing most of it in harmony and adding a lot of their own material, rather than copying Clare Torry’s original performance. Waters’ new arrangement of ‘Welcome To The Machine’ is stunning, with the sfx and huge sound scape sounding even better live than on the expertly produced ‘Wish You Were Here’ album.

The first time Waters aging voice is properly heard is during a trio of songs from his newest solo album. The word for word sing along ceases, with only a guy to my right continuing to belt out every word. The songs are pretty much just not as well done rehashes of ‘The Wall’ and ‘The Final Cut’, but they hit where it matters with their lyrical content supporting the hugely political message Waters has been trying to promote during this tour. He also takes his own guitar solo during ‘Picture That’. The very questionable decision came presumably straight from the horse’s mouth, as I don’t think anyone else would have suggested or allowed it to happen. He may as well have brought out a 12-year-old me to perform the bizarre solo. He stayed on guitar for ‘Wish You Were Here’, which sounded interesting, yet surprisingly good as Waters’ gruff voice accompanied the explosively loud audience.

Before the break that connects Waters’ two sets, a mash-up of ‘The Happiest Days Of Our Lives’, and ‘Another Brick In The Wall’ parts 1 and 2 introduces a group of children, who line up across the stage dressed like they’ve come straight from Guantanamo Bay. As ABITWP1 begun, three of the kids ripped of their black head-sacks, looked around, exchanged worried glances and quickly threw them back over their heads before all doing the same in attempted unison at the start of ABITWP2. With Waters having to explain that they’d never practiced on stage (seemingly an excuse for its failure), maybe they should have skipped over this particular theatric.

The second, and even more political, set begins after an interval full of hugely anti-right wing political messages. The audience reacted warmly as Trump and Zuckerberg were mocked, but as the messages started to delve into unknown figures, interest was lost. That was until the word ‘DOGS’ filled the screens, the opening acoustic chords of the 17-minute epic from ‘Animals’ fade in, and the huge, billowing chimneys of Battersea Power Station emerged from the sides of the stage. The stunning rendition of ‘Dogs’ was followed by a perhaps even more stunning version of ‘Pigs’, which featured Waters’ trademark inflatable pig floating around the audience and many anti-Trump projections filling the screen to immense cheers.

Choosing to ignore ‘Sheep’ and move back to ‘Dark Side Of The Moon’ produced the universally adored ‘Money’, and a goosebumps inducing brilliant version of ‘Us And Them’ as the sun fully set. The show was brought to a close with ‘Brain Damage’ and ‘Eclipse’. Just as you think the visuals have peaked, even more are introduced. A silver ball begins to wander around the audience (you’ll never find a scenario in which people care more about what is quite literally a balloon), then a stunning triangle of lights covers the stage, before, finally, a rainbow of even more lights shine through the triangle in order to replicate the famous album cover that was on about half of the shirts in the entire festival.

As Waters introduces his band, you can’t help but wonder and oh-so-desperately hope that he’ll introduce David or Nick, but it never happens. The huge messiah complex that has been felt exuding from Waters throughout the show comes to a head as he essentially requests that the audience claps him, while he bathes in the adoration. It’s fair enough, really, but I have never seen a band member introduce themselves during their band introductions. It was quite bizarre really. Either way, as ‘Comfortably Numb’ washes over the appreciative audience, the consistent cheers and screams show the impact that Waters’ exceptional music has had on every generation since it was released. The 80-year-old behind me who first saw Floyd in 1969 was smiling just as widely as the 14 year olds to my left.

Roger Waters continues the Us And Them tour for the rest of the year.
For all things Roger Waters, click HERE 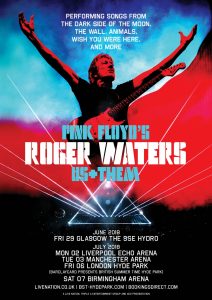