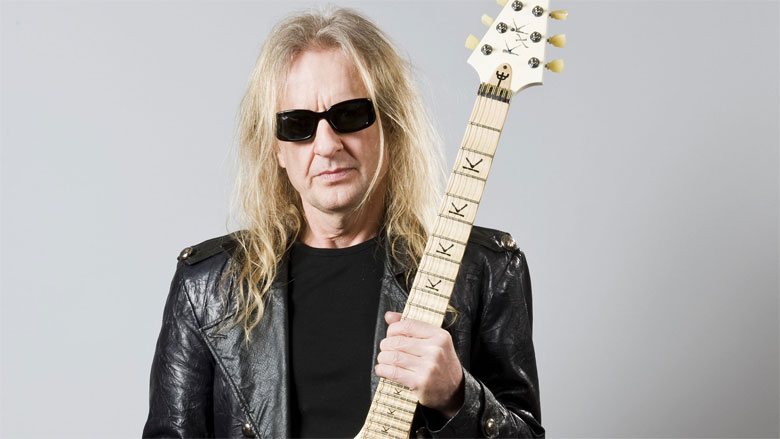 KK Downing will be appearing as Special Guest for several songs with Ross the Boss on the Main Stage at Bloodstock, Sunday 11th August. The meeting of these two greats on stage heralds what will be an incredible performance as they lay down their own slice of Heavy Metal history. 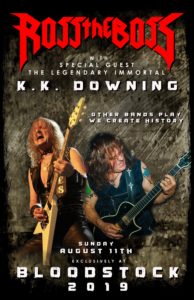 “We the Ross The Boss Band are SO FUCKING EXCITED and honoured to have KK Downing, an immortal Metal legend, joining us onstage in front of some of the greatest metal fans in the world at BLOODSTOCK UK”

KK states:  “I’m really delighted and really looking forward to sharing the stage with Ross The Boss and saying hello to all our fans together. For me, as you know, it’s been far too long, so I sincerely hope to see as many familiar faces as possible at this truly unique event. True metal for true metal fans at the UK’s truest metal festival. United we stand!”
Get ready to raise your horns and bang your head, the Metal Gods have brought together two of the true greats and it’s going to be one hell of a party!

ROSS THE BOSS band are currently recording their new album for release next year on AFM Records and will be touring this album in 2020.