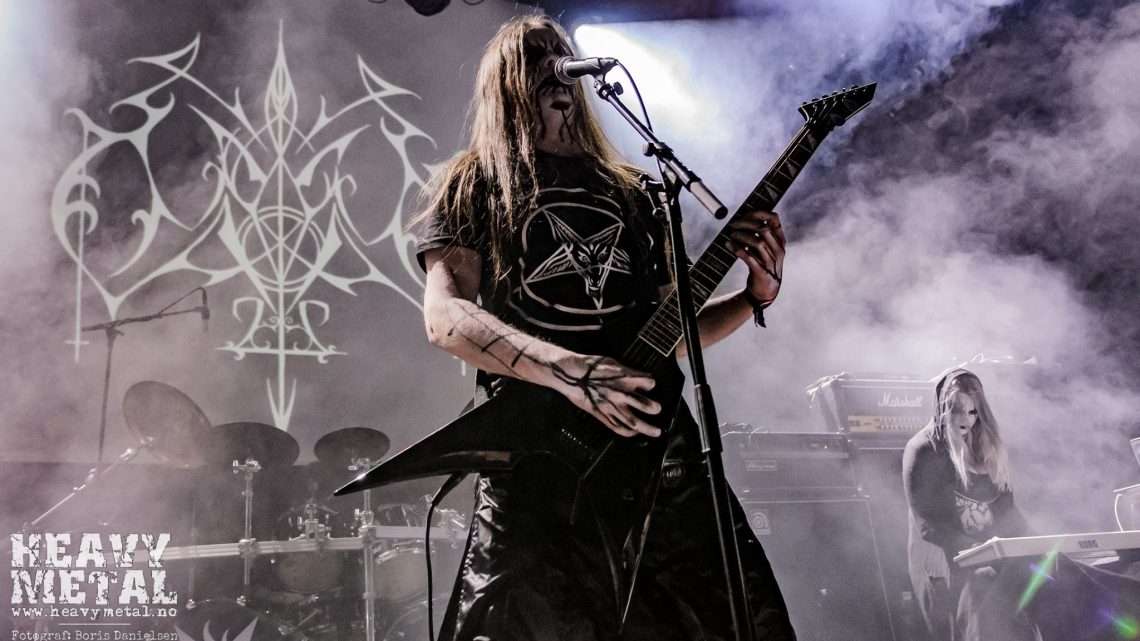 Secthdamon‘s skills have been dispersed throughout the Norwegian Metal scene extensively, currently playing Session Bass for Emperor, Cadaver and 1349. He is Lead Guitarist/ Vocalist in both Myrkskog and in Odium where he is joined by Morindune who plays keyboard. We caught up with them both during lockdown 3.0 to discuss life at home with their beloved cats.

Hey Guys! Thanks for catching up, I hear you have some seriously fluffy cats, tell us about all about them.

Yes, we have two cats at home, one Norwegian forest cat mix and one Siberian cat.

Our 17 year old boy is named Nervy, he is named that way because he is always a bit nervous and concerned. Our two year old is Gmork, his initial name form the breeder was Dark (so of course he was meant to be the cat that came home with us.) But in the end he reminded us all too much of the wolf ‘Gmork’ – in the Neverending Story, so that is the name he ended up with. 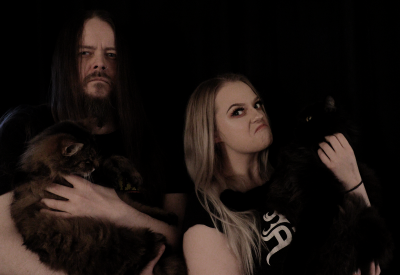 What are the weirdest things your cat gets up to?

Nervy is what you could call a conservative gentleman cat. He does however love to bring us presents in the form of half dead mice and birds, he brings them inside and let them loose for us to hunt.

Gmork however, that is another story. He is one weird cat; he is true to his breed and behaves more like a dog at times. And he just loves to do all the stuff he is not allowed to do. Like eating shoelaces, chew on cables, rifle through the trash etc. But he is also the cuddliest of the two cats, so he sort of gets away with it.

Can they do any tricks? Have you tried to teach them any?

Nah, they are cats, they do what they want to. Haha. Gmork can be picked up and carried in any kind of position, and we can play fetch with him.

The passed year has been pretty manic, so you’ve no-doubt, like the rest of us, spent a lot of time at home. Have your cats helped being at home for you? Have they been comforting or have they been crazy?

A little special mix of both. Haha. No, it has been really cosy to spend more time with them. They seemed to have 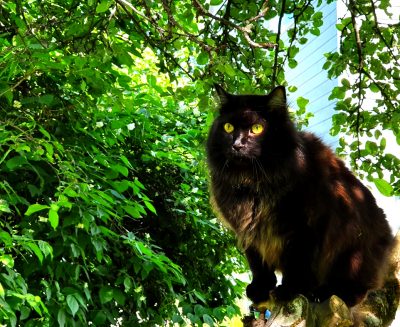 really enjoyed it as well. As they get more attention and snacks then they normally would do.

Gmork even seemed to be quite mad at us when the both of us started going back to work/the office before summer.

I bet they have loved having you guys at home more. Have you always been an animal lover? Have you ever owned any exotic pets?

We both grew up with animals. Both dogs and cats, and would not have it any other way.

Secthdamon: I’ve not had any exotic pets, and never will.

Morindune: We actually raised a Golden Eagle when I was around 7-8 years old, some poachers had killed its mother and we took care of it and nursed it until it was around 1 year old when it was ready to get by on its own. So, I guess that is the closest thing to an exotic pet that I will ever have.

Wow! A Golden Eagle is pretty intense. If you could have any animal in the world as a pet, what would it be and why?

Morindune: Red Panda (I even have a Red Panda tattoo, haha), Racoon or a Koala.

Are you one of those people that puts your pets into costumes? Don’t be shy to tell us about their battle vests!

No battle vests, but we have a Santa Clause outfit for Gmork. Nervy would tear us to shreds if we tried to put him 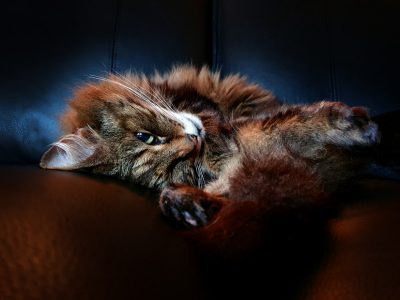 Nervy taking over the sofa

Do you think your cats have a favourite music genre? Do they enjoy a cheeky dabble in Darkthrone on a cosy Sunday?

Our cats are into Brutal Death Metal, and a little bit of Symphonic Black Metal during a candlelit cold winter night. Nervy enjoys whistling, he starts purring the moment it starts.

So cute, fluffy Metal Cats! If you could compare your cats to any famous musicians, who would they be and why?

Nervy would be Blackie Lawless, and Gmork would probably be Chris Holms.

Thats adorable. Do they like it when you practise at home? Perhaps they meow along?

Secthdamon: Both of them often cuddle up next to me when I play guitar. Gmorky also loves to chew the guitar strings while I play.

Morindune: Gmork tends to be cuddling up on my synth as soon as I start playing. It also functions as a cat bed. He scared the shit out of me one morning; the both of us were still in bed, I could hear guitar strings plucking in the living room, came out found him using his claws on the guitar strings. Haha. 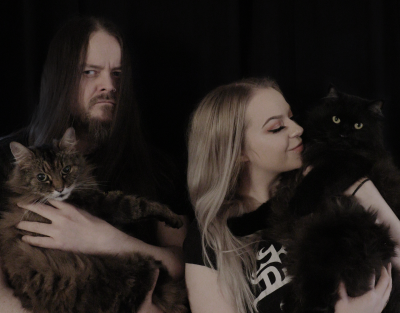 Speaking of practising, 2020 sure gave a lot of musicians some down time to perfect their craft. Is it shaping up to be a busy year for you? You guys must be looking forward to getting back on stage again.

Secthdamon: Yeah, it has been quite a productive year. We’ve made some new songs, worked on a pretty cool project with a lot of fantastic musicians. I work as a Sound Technician as my day-to-day job, and work has been pretty quiet there as well. So, it has been quite nice to be able to focus on music production.

I have a lot of gigs booked, but some have already been postponed for 2022. Hopefully I will soon be back on the stage again, somewhere.

Morindune: I have worked on a couple of musical projects that cannot be mentioned by name yet. I also work with the Midgardsblot Metal Festival, so my work tasks for the festival changed a bit overnight when we got guidelines from the government. I had a great time working on the European Metal Festival Alliance, which was really cool with all the festivals coming together and doing a live stream festival. Made it feel a bit more like a normal summer for me.

For my grown up job I work as a System Developer for a start-up called ‘Oss’, we just launched a new fully digital power company which I have worked as a bit of a tech lead/architect on, so this year has been quite hectic.

You guys have been productive, a nice silver lining there.

Stay metal and stay safe. See you at a gig or a festival as soon as the shit has stopped hitting the fan!

Thanks guys. Cuddle your cats for us!