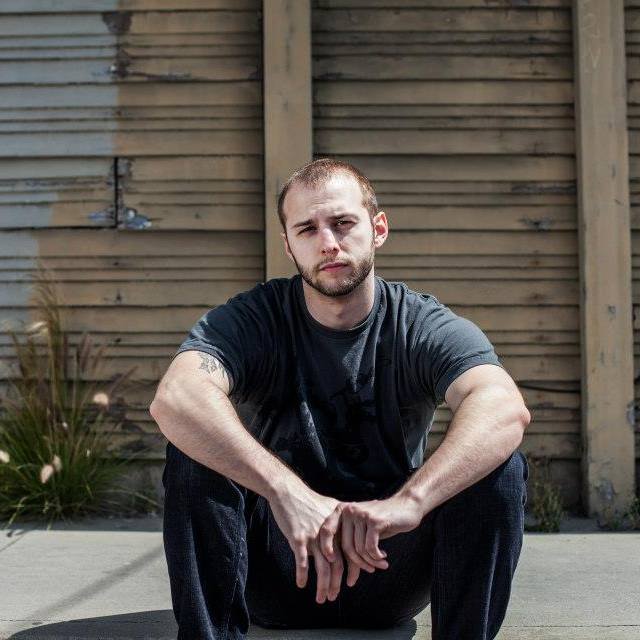 At all about the Rock, we consider ourselves pet lovers, which is why we want to know all about yours!

I have 2 pets. A dog and a cat. Cooper is my dog’s name because it’s the name he came with when I got him. He was originally with another family and they had already named him that. He’s a Basset Hound, is very vocal and a big goofball. I’ve had him for 13 years. The cat’s name is Agnes, but she mostly responds to “Kitty”. She’s a Calico and has two different coloured eyes. She’s very easily frightened, but is still very friendly. We’ve had her for 5 years.

What is the weirdest thing your pet has done

Cooper has a weird addiction to vegetables. We had to fence in our garden in order to keep him out, or he will eat absolutely all of it. 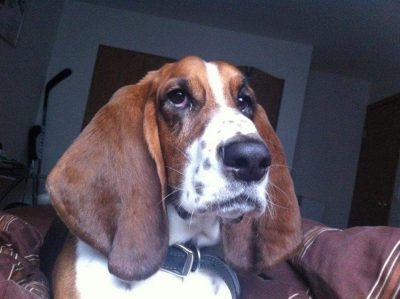 What is the best trick either of them can do?

Cooper can shake a paw and speak. Agnes is good at hiding from loud noises 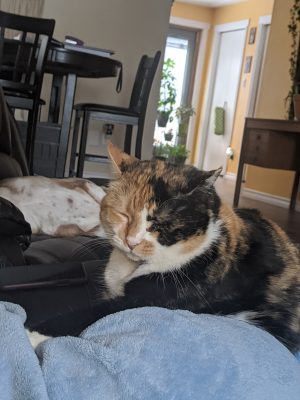 Have they been helping you through the various lockdowns, or just been driving you nuts?

A little of both. It’s never boring with them around, but they definitely get into trouble more often than not.

Yes I have. When I was child we had a pet Racoon for a little bit….Bad idea

I do own one piece of doggy clothing. A dog-sized jersey of my favourite hockey team. He only wears it on game day though.

Cooper likes to howl along with my singing. The cat haaaaates band practice.

My better half looks after them when I’m away on tour, but if we’ve gone somewhere together, we have a relative that looks after our house and the animals.

We do have another new song in the works. We’re hoping to have it out this spring, perhaps. This song has a good party vibe to it. Some great guitar work and a catchy chorus. It’s a fun one!

Big thank you to anyone that takes time out of their busy day to check us out. We hope to see you all on the road again very soon!

Cheers Madison, this has been fun. Stay safe & well and have lots of pet cuddles

For all things Saintvicious, click on any of the links below

The UKBlues Federation Announce their shortlist for the 2021 UKBlues Awards