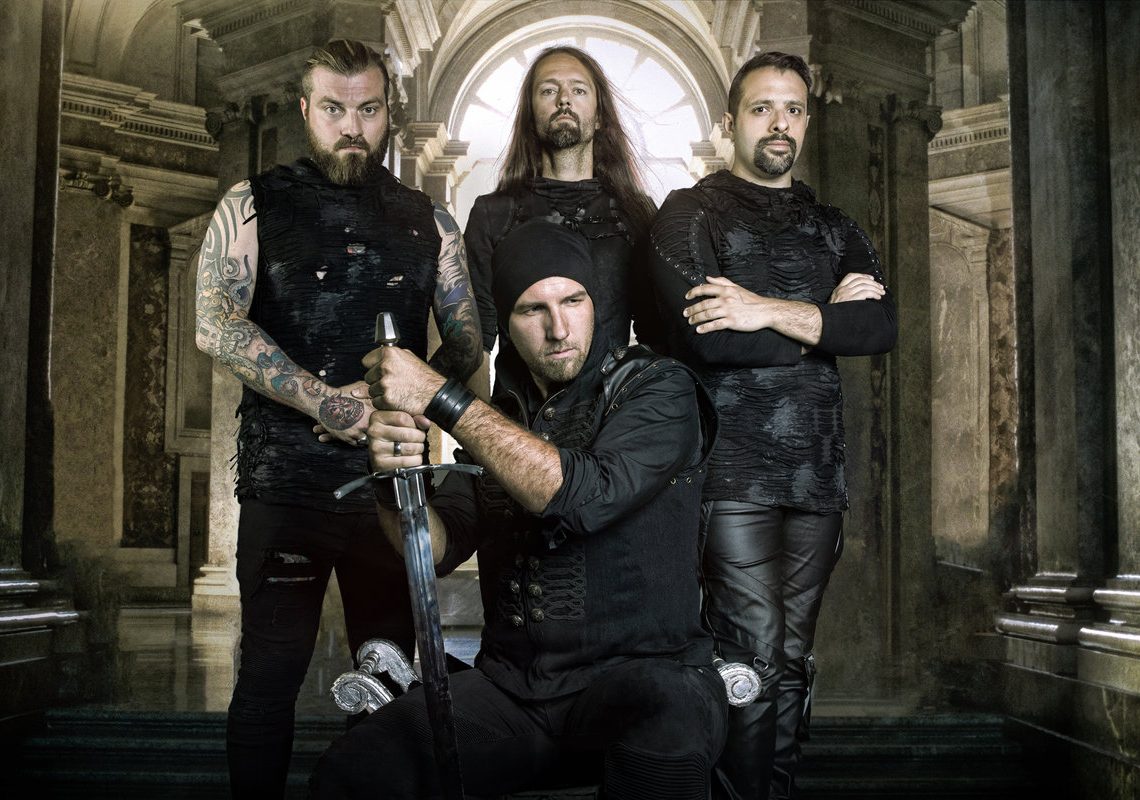 Interview with Cris from Serenity

Serenity are a Power Metal band from Austria, having signed to Napalm Records they are a set to release their new album ‘Lionhert’ at the end of this month.  This is my first ever interview so this is a bit of an experiment and I’m just gonna jump right into it.

Blair: So you’ve got an album coming out soon, October 27th, and you just played Prog Power. You guys have been busy eh? Can you tell me a little bit about what’s in store for you guys in the coming years with the release of Lionheart?

Cris: Next thursday when we do the release of Lionheart we are on tour with Delain. 2018 is still a bit open and the booking agencies are already working like crazy. The most important thing right now is to release the record and do the tours we have coming up for that.

Blair: Lionheart has been described by Blabbermouth as «pure symphonic joy», was that your experience making the songs? They’re really full of energy and kinetic power and just make me need to jump around and headbang. How was the experience of recording the songs?

<
Blair: So Cris, a bit about you. You’re sort of new to Serenity aren’t you? What’s it been like working with the guys in the band? How was playing Prog Power with them?

Cris: Kind of new thats the truth. We played our first shows together in 2011. Since that year we kept following playing together. The only thing that was new was the songwriting. It’s just a perfect harmony. We didn’t have any problems to find each other. And now with Lionheart I think we just did it again. For me for myself it’s super nice. Before I just did two songs. Now six of my ideas came to Lionheart and I just found my place in Serenity and I’m quite happy about that. Let’s see what we can do on the next one!

Cris: My favourite song to be honest it was I think The Final Crusade. It was not planned there was a girl inside and it was a surprise from the producer. This metalcore riff I wrote for the bridge, it’s a perfect combination of everything Serenity can do. I’m looking forward to playing it live and it will be very special for me. To write lyrics that are a little bit epic, and this emo-emotional stuff. I hope the people like it like I do. I hope so.

Blair: Cris, this has been great, thanks for updating us in regards to Serenity’s latest activities. Now I’d like to ask some of the fun questions.

Blair: I read on your biography on the Serenity site that you loved Marley and Me. I watched it on a plane once and felt myself crying and Im not even a cryer. Can you tell me a bit about that? I just love dogs, to me they are absolutely perfect beings. So Cris, how do you really feel about Marley and Me? Are you a big dog fan?

Cris: In 2009 I was with my former girlfriend and we were flying to Egypt and I like dogs but I have two cats and one got his name because of this movie, and I just got my two cat bros at home, and one I said okay this is Marley, and yeah. I’d like to have to a dog as well… but when you are on tour it’s not easy. My first dog was called Buddy. He was a German Shepherd…a shepherd dog? I am the guy who is crying a lot when its emotional movies like Marley.

Blair: When it comes to music, you’re a busy guy. What is it about playing metal that appeals to you? Is there a specific sensory aspect you are drawn to? I kind of get a high listening to it. What about you?

Cris: Metal in general, I mean, somehow when you’re starting.. I started music when i was six and I was playing accordion and piano. I grew up with classic rock music and when I started playing guitar, I started to play Yngwe Malmsteen when I was eleven or twelve. I thought this is the way to play guitar. At home for example I listen to all kinds of music. Classic 20-30s years jazz. ..

(We lost the connection briefly here…)

Cris: Are you still there?

Blair: Okay I think I’ll let you go now. Thanks so much for being part of my first interview! You were great! Good luck on your touring with Serenity for Lionheart! Your enthusiasm means a lot to us passionate fans. 🙂

Cris: Thank you to you. And to the Canadian fans and whoever will read this at All About the Rock. If you ever have need of another interview just ask me. 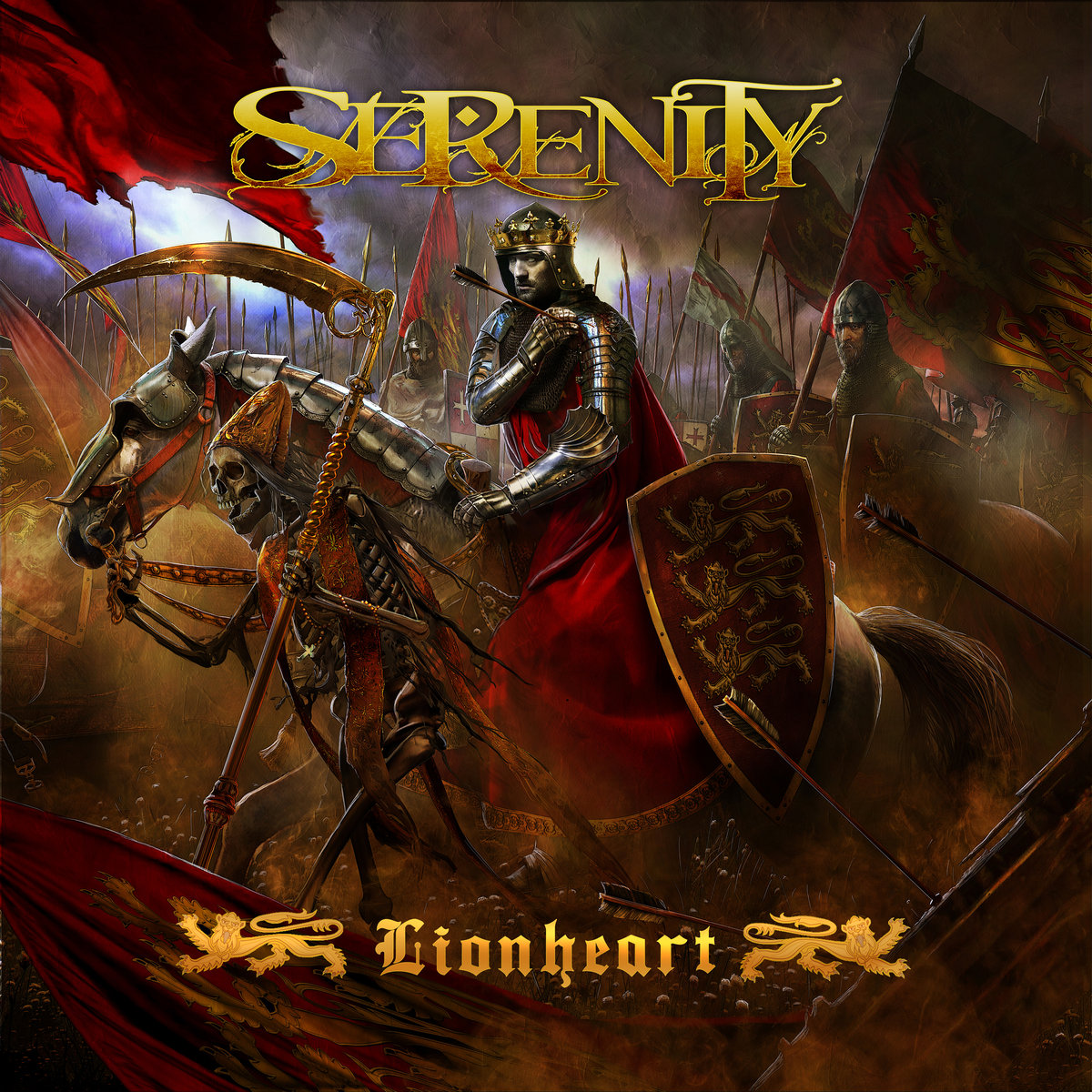 Vuur – In this Moment We Are Free-Cities Album Review