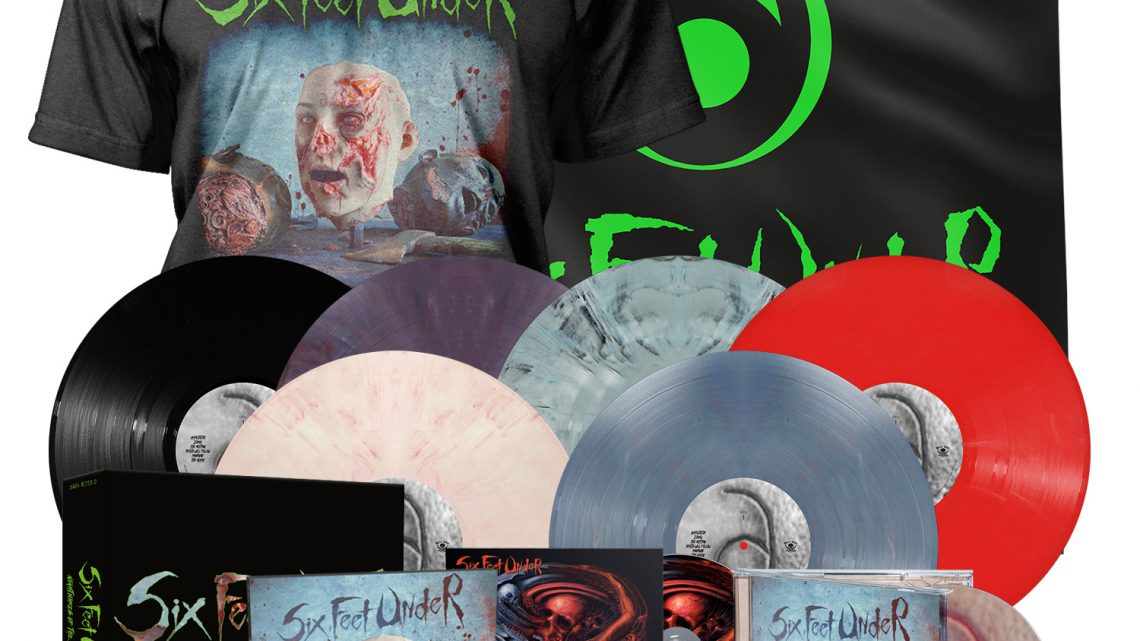 The legendary death metal vocalist Chris Barnes and SIX FEET UNDER are back with their thirteenth studio album (if we dismiss the four Graveyard Classic tribute albums) “Nightmares of the Decomposed” on the 2nd October 2020 via Metal Blade Records. Although some would state they are not highly regarded in the death metal community, their achievements and commitment can’t be faulted. I’ll also admit I have a soft spot for SIX FEET UNDER, as I remember getting my grubby little paws on their debut album “Haunted” after getting it imported when it came out in 1995 and it blew my newly turned teenage mind, as did the follow up “Warpath”. Although the couple of tracks I heard after that from follow up albums didn’t really appeal to me, I would always hold their first two albums in high regards.

So SIX FEET UNDER are no longer the supergroup they were when they were formed, although for ‘Nightmares of the Decomposed’ they have recruited renowned guitarist Jack Owen (ex-CANNIBAL CORPSE and DEICIDE to name a few) and thus an unholy reunion with Chris Barnes is reunited. Both Chris and Jack played on the first four CANNIBAL CORPSE albums (until Chris’s departure), and Jack played on a further five CANNIBAL CORPSE albums and also four DEICIDE albums. So that is the calibre of the guy, so I was looking forward to this release.

Musically SIX FEET UNDER tick the boxes we come to expect of them…catchy groove inspired riffs as filthy as the burial soil from the open casket from where they have crawled forth from. Mixing the catchy riffs with a heavy, uncompromising old school death metal bludgeoning, from which frantic guitar solos burst forth from the rotting chest cavity of the marauding undead horde to accentuate the impending doom. While the (disturbed) lyrics revolve around killing, murderers, gore, brutality and depravity are all present and finish off the ravenous death metal soundscape.

Now the above would make for a damn fine death metal album, however what the listener is presented with on ‘Nightmares Of The Decomposed’ is sluggish and lifeless substandard death metal by numbers. Certain tracks bring to the foreground some great riffs and solos, however these are far and few between and can’t elevate the monotonous and perished death metal on offer. Certain tracks stand out, such as “The Noose” and “Blood of the Zombie” and try to reanimate the failing corpse, however these are only fleeting moments amongst the otherwise lifeless shambles that limps on regardless.

However the main criticism of this release, and it actually really pains me to write this, is the vocal performance of Chris Barnes. His performance is frail and lacks any intensity and punch, to say they are lethargic and fatigued would be generous. The more worrying aspect is that on some of his vocal delivery he tries to sing in a cross between what can only be described as Eric Cartman and a pig that has had its throat slit for slaughter and is gurgling blood while squealing in its final throes of death. We have to ask, has his vocal performance been infectious like a zombie bite and so contributed to the overall lifeless performance of this release? It certainly seems that way and this record will be remembered (sadly) for the subpar gurgles and grunts of the legendary death metal vocalist. I personally believe that if a new band had tried to release this cold, dead slab of death metal then they would have been scorned and shunned for the embarrassment they brought to the genre. So with that, although the are legendary, SIX FEET UNDER have to face the same ridicule and slaying as any other band (even if it is like a hammer to the face).

The best thing to come out about reviewing this release is that it has made me dig out my ‘Haunted’ and ‘Warpath’ CDs and give them a listen while I work from home during the Coronavirus pandemic…every cloud and all that! 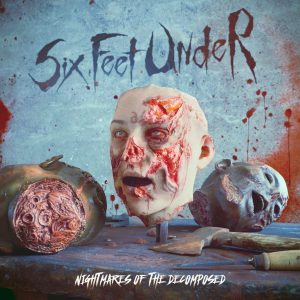