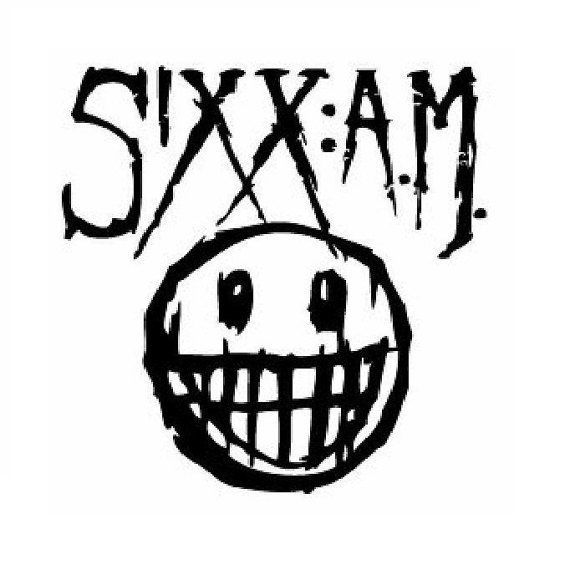 28th April 2016 0 By John Deaux
Sixx:AM (Nikki Sixx, James Michael and DJ Ashba) have just released their new ‘#REASONTORISE’ campaign following their latest album, “Prayers for the Damned (Vol 1)’ that is being released TOMORROW April 29th, with single “Rise” rising on rock charts—currently at #6 in the US. The band is setting off their US tour in Jacksonville, FL on April 30th, and their worldwide tour begins June 3rd in Nuremberg, DE!
In addition to this exciting news, SIXX:AM is using their album promo and tour announcement to speak about artists’ rights and fair payment from YouTube. Without a structure to support them, young artists will not be able to make a living from the music industry and we will as lose out on great music in the future.

This is the letter they have issued to YouTube:

We recently completed our fourth album called Prayers For The Damned, in our singer/producer James Michael’s recording studio. We are a lucky band, grateful to have all had success prior to the creation of Sixx:A.M. Nikki came from Mötley Crüe, DJ played guitar in Guns N Roses for the past seven years and James has had a successful career as a writer and producer. Releasing an album and being part of a tour going on sale, allows us to use the promoters marketing money to create a larger platform to get our message out, and having a record company that generates publicity gives us an opportunity to speak up about issues we think are important—specifically the crisis with the music business and YouTube. Sixx:A.M. has always been vocal about artists’ rights. We stood with Taylor Swift when she spoke up about the absence of royalty payments to artists by Apple Music. The band has also long been an advocate of new artists, and Nikki has featured them heavily on his radio show, Sixx Sense, and via his social media. We chose today to speak up about how YouTube unfairly pays artists and labels an estimated 1/6 of what it’s competitors, Spotify and Apple pay and why this must be addressed, along with a revision of the antiquated Safe Harbor provision of the Digital Millennium Copyright Act (DMCA).
YouTube’s parent corporation, Google, has the second highest market capitalization in the world and its two founders, Larry Page and Sergey Brin are worth a combined $75 billion, and total 2015 revenue of Google was $75 billion. The total annual revenue of the global music business, in comparison, is less than $15 billion. We have deep respect for Google’s spirit of innovation and YouTube’s contribution to the field of technology and entertainment, in fact the data we are citing comes from Google itself, but the facts don’t lie: Our large community of hardworking artists is being exploited to make a very small percentage of people extremely rich.

This is an important issue to us. We are the lucky ones, like so many veteran artists, who came up in an era where there was much more income from record sales. Today, streaming is a fraction of income from that time. This is not about us. We are speaking up for the current and future generation of musicians who must be compensated fairly for their hard work. We would not have had Prince, Blondie, Bruce Springsteen, Ice Cube, Taylor Swift, or many other artists without a system to support and nurture them.

We support technology and its ability to bring music to more people around the globe. All we ask, is for ALL artists to receive fair pay. When Google first started, its corporate motto was “Don’t Be Evil.” That motto has since changed to “Do The Right Thing.” It’s time to live up to your corporate mottos, Google and YouTube, and invest in the future of music.