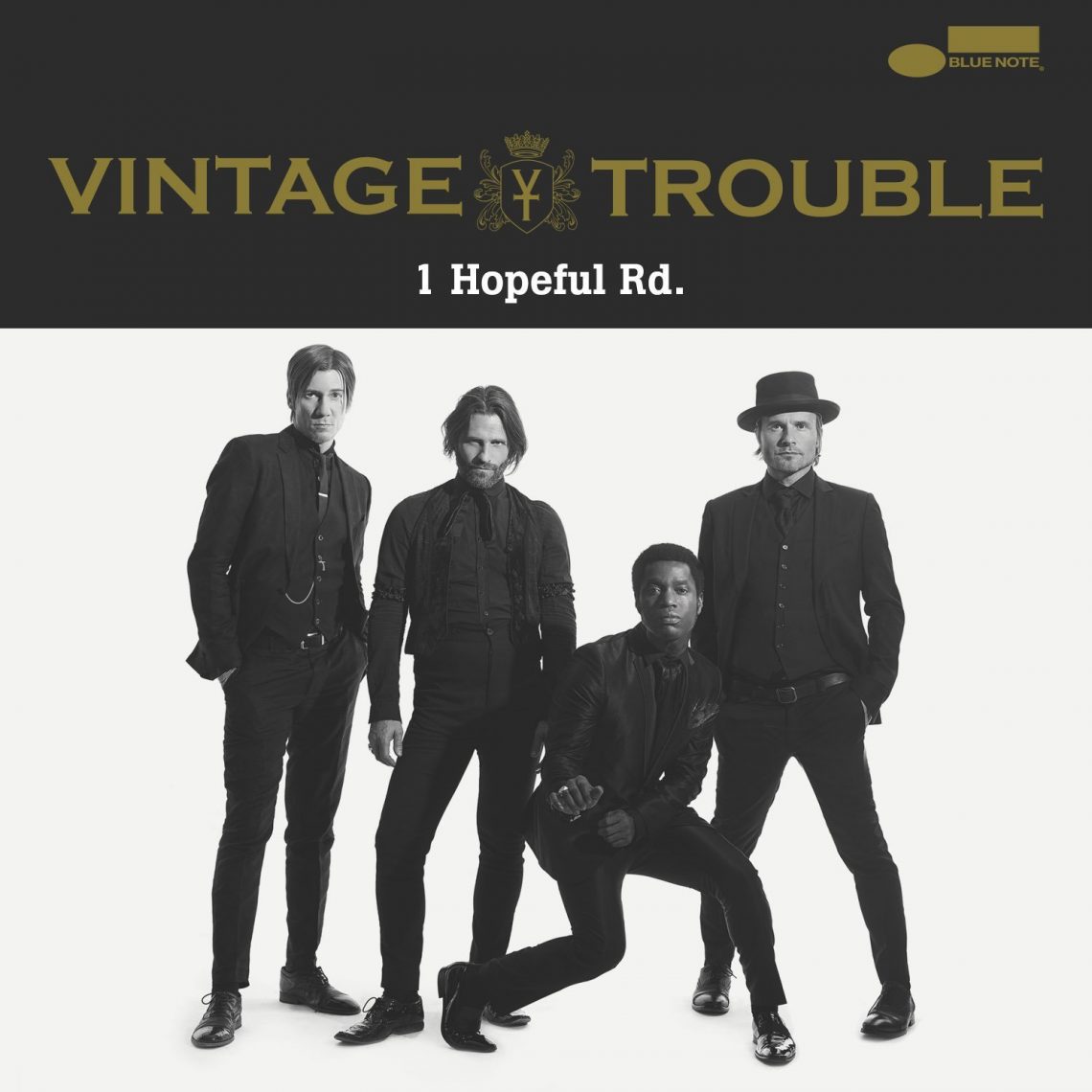 1 Hopeful Rd. includes the first single “Run Like The River”, the deep soul ballad “Another Man’s Words,” “Angel City, California,” a stomping, joyous ode to Vintage Trouble’s hometown of Los Angeles, and “Doin’ What You Were Doin’,” which demonstrates the band’s gift for penning startlingly honest songs about matters of the heart. It was produced by GRAMMY®-winning producer Don Was, who is President of Blue Note Records, the band’s U.S. label.

2015 saw Vintage Trouble support AC/DC across Australia, Europe and the USA, in amongst a host of sold out headline shows (including London’s Koko), festivals appearances (including BST at Hyde Park) and other major support slots (including opening for Paloma Faith at London’s O2 Arena). It says much about the bands widespread appeal that they can support both AC/DC and Paloma Faith!

2016 sees Vintage Trouble embark on an extensive European tour. The UK dates are as follows

Following the release of its debut album, The Bomb Shelter Sessions, the band was soon selling out headline shows worldwide, opening for The Rolling Stones and touring with The Who, and performing on shows like “Later…with Jools Holland,” “Late Show with David Letterman,” “The Tonight Show with Jay Leno,” “Conan” and “Jimmy Kimmel Live”– all before Vintage Trouble had even signed to a major label.