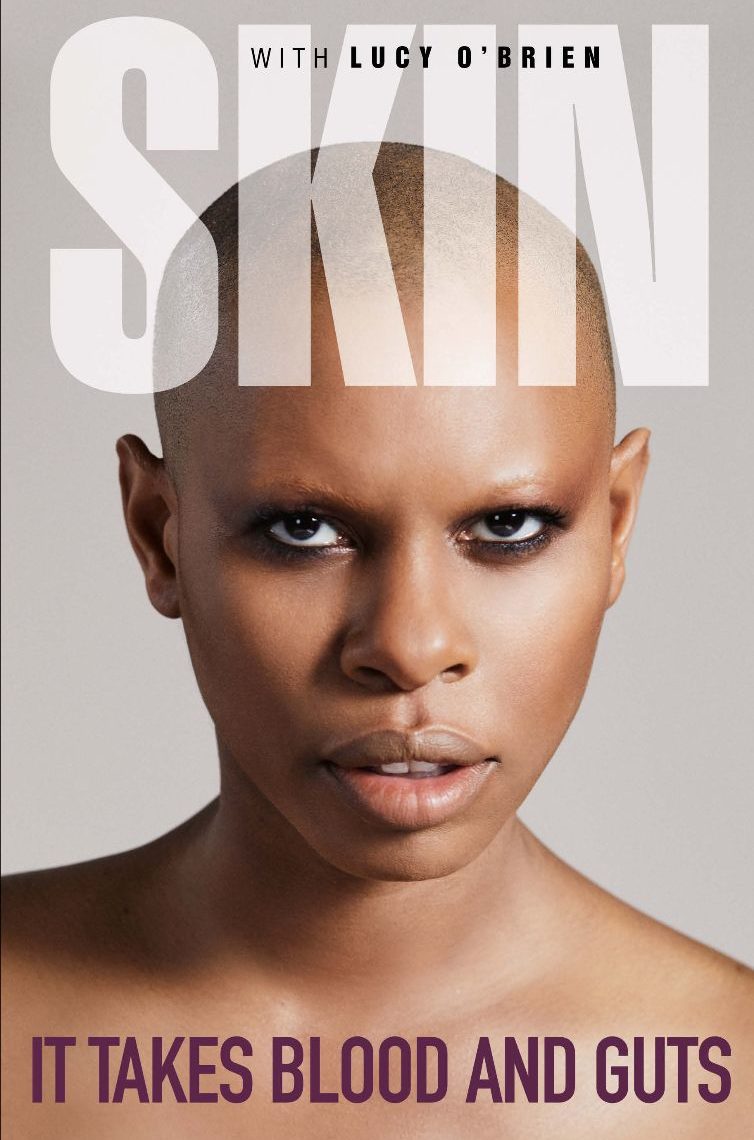 Skin – ‘It Takes Blood And Guts’ – the memoirs

“It’s been a very difficult thing being a lead singer of a rock band looking like me and it still is. I have to say it’s been a fight and it will always be a fight. That fight drives you and makes you want to work harder… It’s not supposed to be easy, particularly if you’re a woman, you’re black or you are gay like me. You’ve got to keep moving forward, keep striving for everything you want to be. It’s been a fight, and there has been a personal cost, but I wouldn’t have done it any other way.”

Skin, the trail-blazing lead singer of multi-million-selling rock band Skunk Anansie, is a global female icon.  As an incendiary live performer, she shatters preconceptions about race and gender. As an activist and inspirational role model she has been smashing through stereotypes for over twenty-five years. With her striking visual image and savagely poetic songs, Skin has been a groundbreaking influence both with Skunk Anansie and as a solo artist.

From her difficult childhood growing up in Brixton to forming Skunk Anansie in the sweat-drenched backrooms of London’s pubs in the ‘90s, from the highs of headlining Glastonbury to the toll her solo career took on her personal life, Skin’s life has been extraordinary. She talks powerfully about her work as social and cultural activist, championing LGBTQ+ rights at a time when few artists were out and gay.

Told with honesty and passion, this is the story of how a black, working-class girl with a vision fought poverty and prejudice to write songs, produce and front her own band, and become one of the most influential women in British rock.

It Takes Blood and Guts is co-written with music journalist, biographer and broadcaster Lucy O’Brien, who has written for Q, MOJO, Sunday Times and The Guardian.