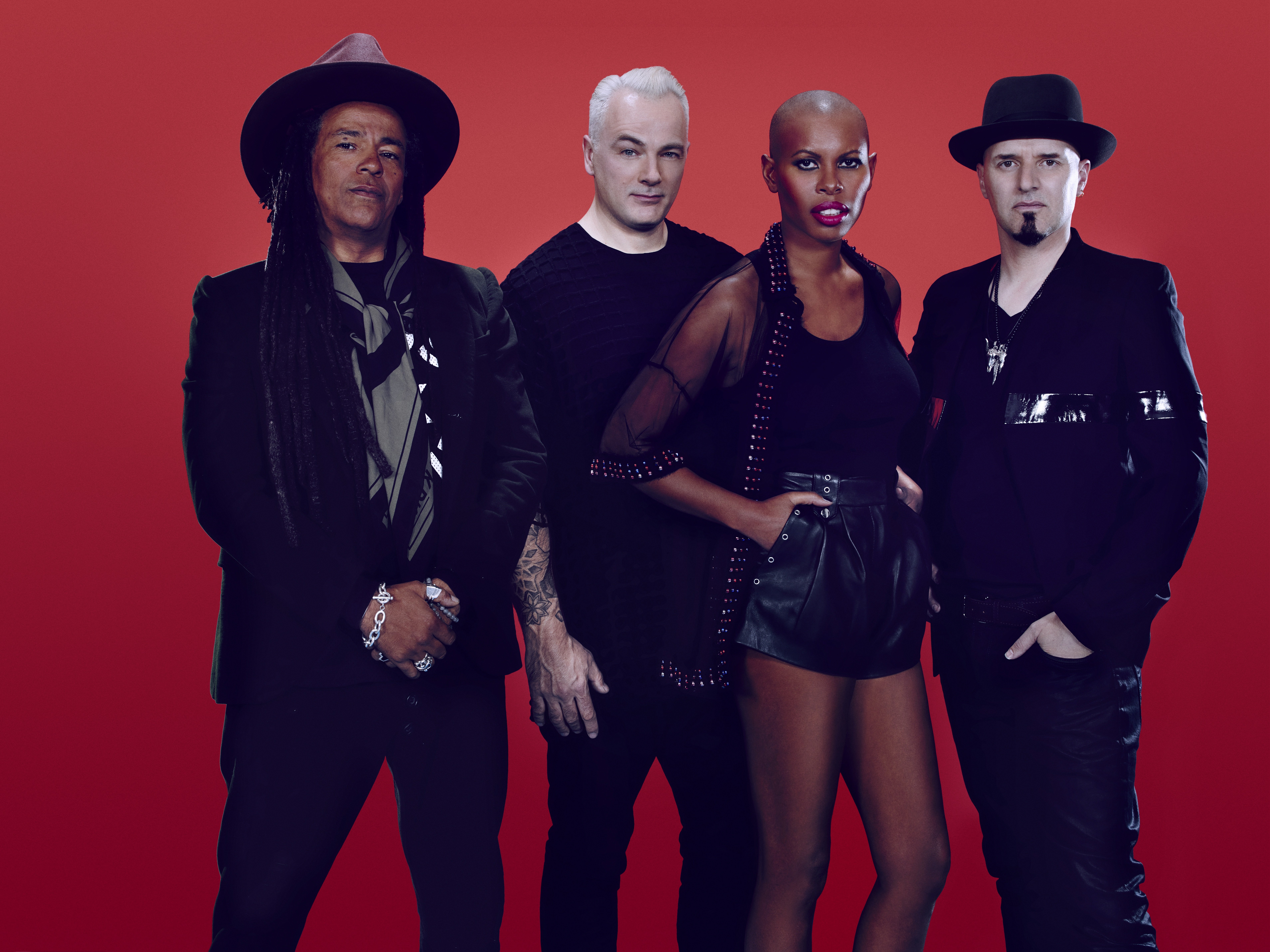 Skunk Anansie are set to take the UK by storm this summer, as they take to stages across the country following the release of their 25th anniversary live album 25LIVE@25.

Having already sold-out dates in London, Manchester and Bristol, they are now happy to announce they’ve added shows in Brighton, Bournemouth, Cambridge, Leeds, Glasgow, Newcastle, Nottingham and Cardiff. The band have also announced they will be joined by Liverpool’s extravagant punk rockers Queen Zee on all dates.

Hailed as one of the most exciting and greatest live acts across the globe, Skunk Anansie are stoked to be back on the road celebrating a huge milestone in their career. The UK tour follows on the heels of a run of European dates (see here) and a headline performance at Beautiful Days Festival.
Tickets will go on sale Friday 29th March at 9am and can be purchased at –
Brighton – https://www.seetickets.com
Glasgow – https://www.ticketweb.uk
Rest of UK – http://gigst.rs/skunka 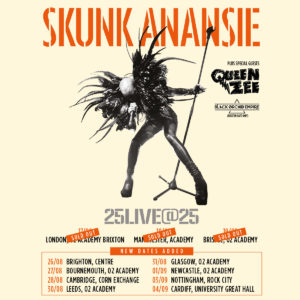 Spanning a career that has seen them score numerous Top 40 singles and Top 10 albums, sell millions of albums around the world, play sold-out arenas and stadiums across the globe and headline Glastonbury Festival, Skunk Anansie remain internationally relevant and potent as ever.

As they come into their anniversary year the mainstream British media have strongly embraced their importance within today’s culture with the likes of Channel 4 News, Newsnight, The One Show, ITN, Radio 2, national newspapers and broadsheets hailing them as iconic pillars of British rock, as well as widespread acclaim from music and fashion press including Kerrang, NME, Classic Rock, Dazed & Confused, Phoenix Magazine, Diva Magazine, Marie Claire, The Quietus and many more.

Lead vocalist Skin was also awarded with the ‘Inspirational Artist’ award at the 2018 Music Week Women In Music Awards.

The new album 25LIVE@25 is an in-your-face audio-document highlighting Skunk Anansie’s triumphant live presence over the past three decades. Now heading back out on the road in 2019, they will confirm just why they have enjoyed such longevity and remain one of the greatest live bands on the planet.