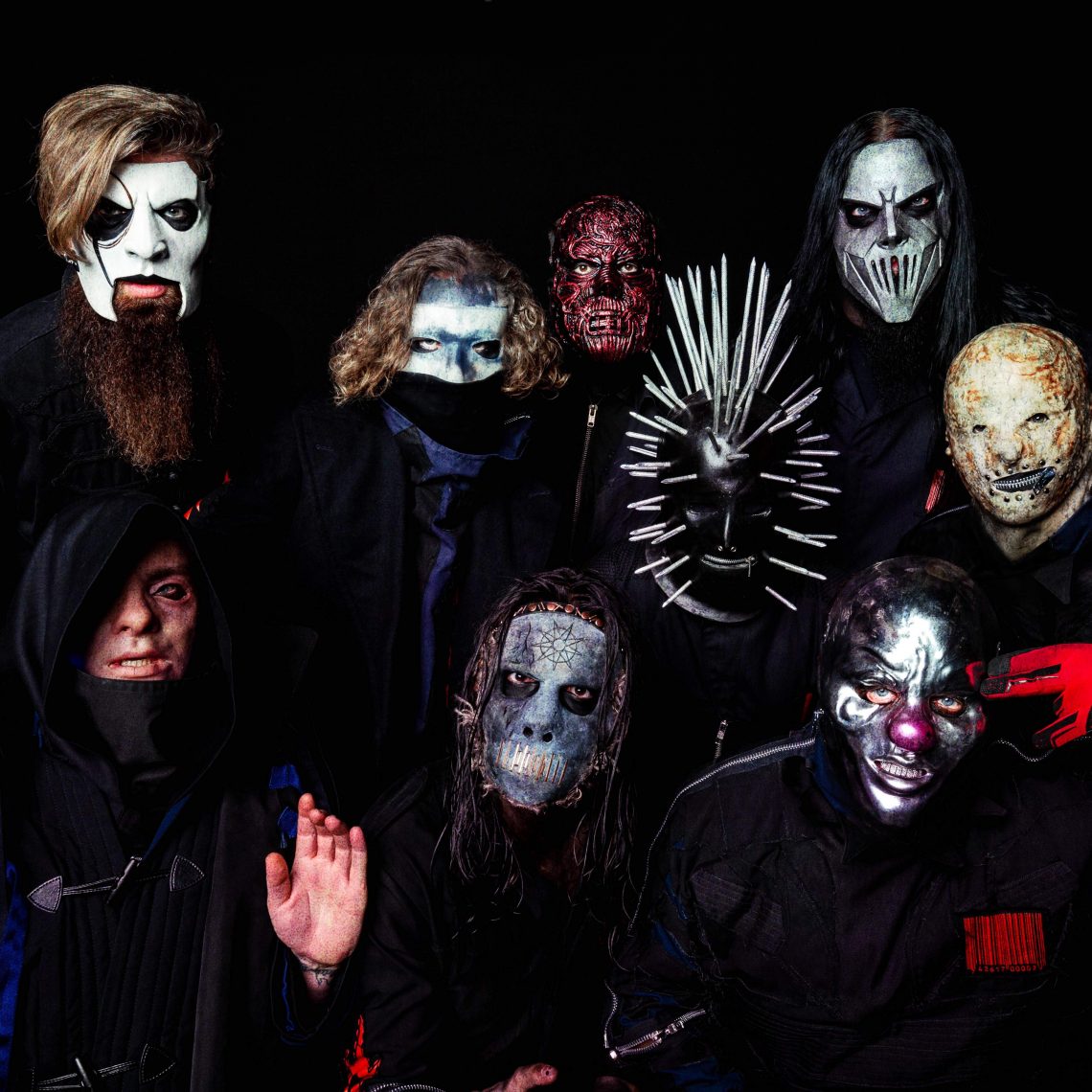 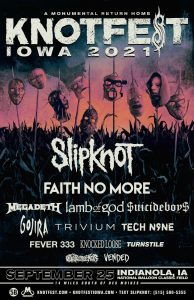 Knotfest, the music and counterculture experience created by the multi-platinum sonic phenomenon and nine-piece force of nature, Slipknot, has today confirmed the return of Knotfest Iowa for 2021. The event will be the biggest heavy music festival to ever hit the mid-western state and will be held at National Balloon Classic Field in Indianola, IA, on Saturday, September 25th, with Slipknot headlining. The full line-up features Faith No More, Megadeth, Lamb Of God, $uicide Boy$, Gojira, Trivium, Tech N9ne, FEVER 333, Knocked Loose, Turnstile, Gatecreeper And Vended.
Tickets will be available on pre-sale to Knotfest.com subscribers from 10am Central time on today (Tues, May 25th), with a general on-sale from 10am Central on June 4th, over at KnotfestIowa.com.
The Iowan icons have also confirmed the exciting news that they returned to the studio last month to work on new music. The band will deliver updates soon.
With Slipknot bringing their incendiary live experience home once more to their native Iowa, Clown tells us;
“A home show is always insane, but a home “Knotfest” show will be on a whole other level. Prepare. See you soon for the new reality. Stay (sic).”
In related developments, the band’s news and content website, Knotfest.com is absorbing the band’s Outside The 9 fan club and will now offer fans of both Slipknot and heavy culture in general, the opportunity to gain access to a wealth of exclusive content and opportunities first. The behind-the-scenes footage showcasing the making of the band’s next album will be accessible exclusively for fans who join the Knotfest Community. Digital memberships for knotfest.com start at $6 a month or $50 annually, with a free tier also available. Subscribers will get an array of exclusive access and bonuses including:
Slipknot are usually found traversing the world, playing to capacity crowds. Their live show continues to thrill their fiercely loyal following, filling ever-bigger arenas with each outing. Reviews of their last sold-out European arena tour, which was completed mere weeks before the world locked down, are unanimous in their praise, with Kerrang! awarding London’s O2 Arena show a 5/5 rating, declaring “there is no better metal band on earth than this.”
The band’s current album, the critically lauded We Are Not Your Kind is highlighted by the singles, “Nero Forte“, “Solway Firth“, and the LP’s lead track, “Unsainted“. The three tracks feature an M. Shawn Crahan-directed official music video, each of which trended worldwide on YouTube (all videos) upon release – with “Unsainted” at #1 globally for a full 24 hours.
For further information on Knotfest, including all your ticketing needs, head to KnotfestIowa.com.