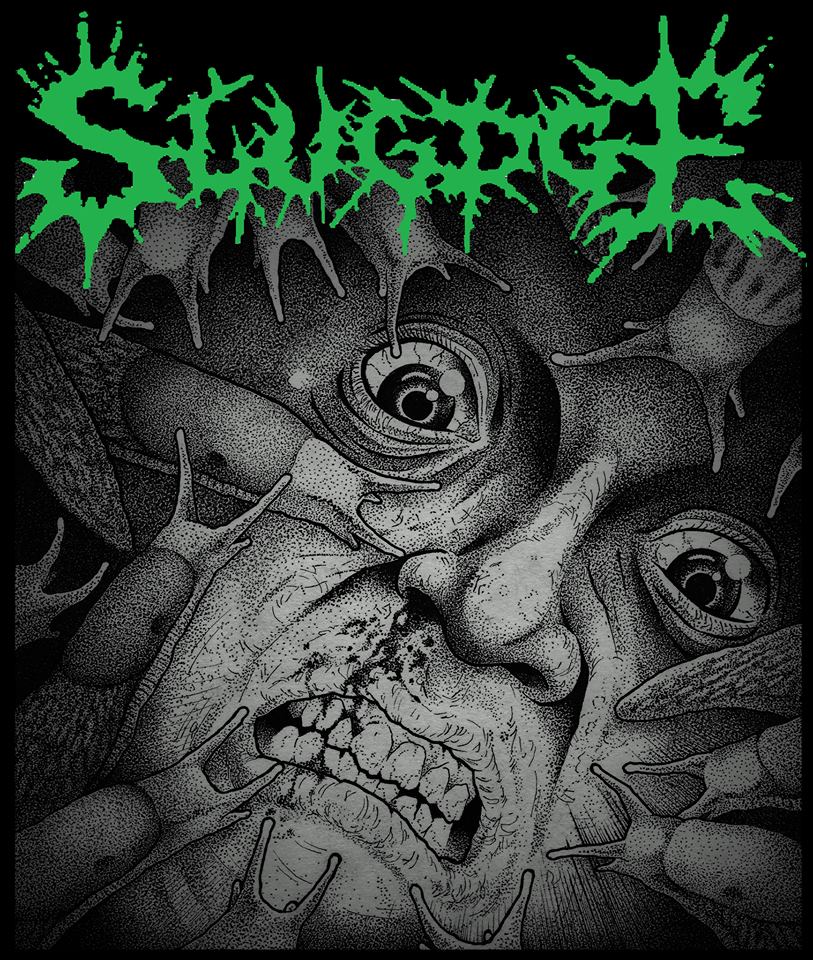 Some bands worship Satan.  While others warn of the coming of Cthulhu. Some bands get their inspiration from viking mythology.  Others vibe on dungeons and dragon’s campaigns. Christian bands preach the gospel. And others get very political, anti-government and anti-religion. But than there are those bands who theme their songs around the cosmic slug deity called Mollusca who wallows in its slime ridden kingdoms. Or maybe its just one band.  Its name is Slugdge and they welcome you to inhale the ichor and be one with the formless chaos.

Slugdge, formed in 2012 in Lancashire, UK, have released three albums through Bandcamp.  Their fourth album, Esoteric Malacology, their first on Willowtip Records, has descended upon the world in all its gooey and slimy madness.

The songs are centered on huge and heavy riffs.  Eight tracks, all ranging from 6-8 minutes long, are complex and technical. The songwriting is exceptional and blends  death, progressive elements, doom, thrash, and black metal into a slimy maelstrom of heaviness. Harsh and clean vocals are used throughout the album. Sometimes eerie esoteric chants, vocal harmonies, and intricate melodies lend a horror atmosphere. Ripping solos, dueling guitars, catchy riffs, and a lot of prog and technical elements create a varied album.

The drums are programmed but I couldn’t really tell.  They sounded very organic.

All of the titles of the songs are references to other metal classics or bands which continue the tongue in cheek humor the band participates in.  War Squids is similar to War Pigs by Black Sabbath or Slave Goo World to Sepultura’s Slave New World.

The more I listen to it, the more I discover.  It’s a dense record, so substantial time is needed. Esoteric Malacology is one of this years best releases and essential listening.

“Limo Vincit Omnia”, everyone! (latin for “Slime Conquers All”) 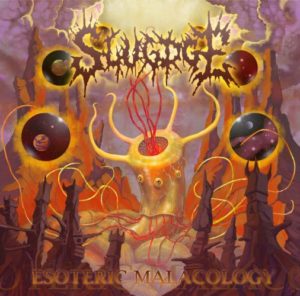 For the fans of … Mastodon, Gojira, Eyehategod, Lamb of God