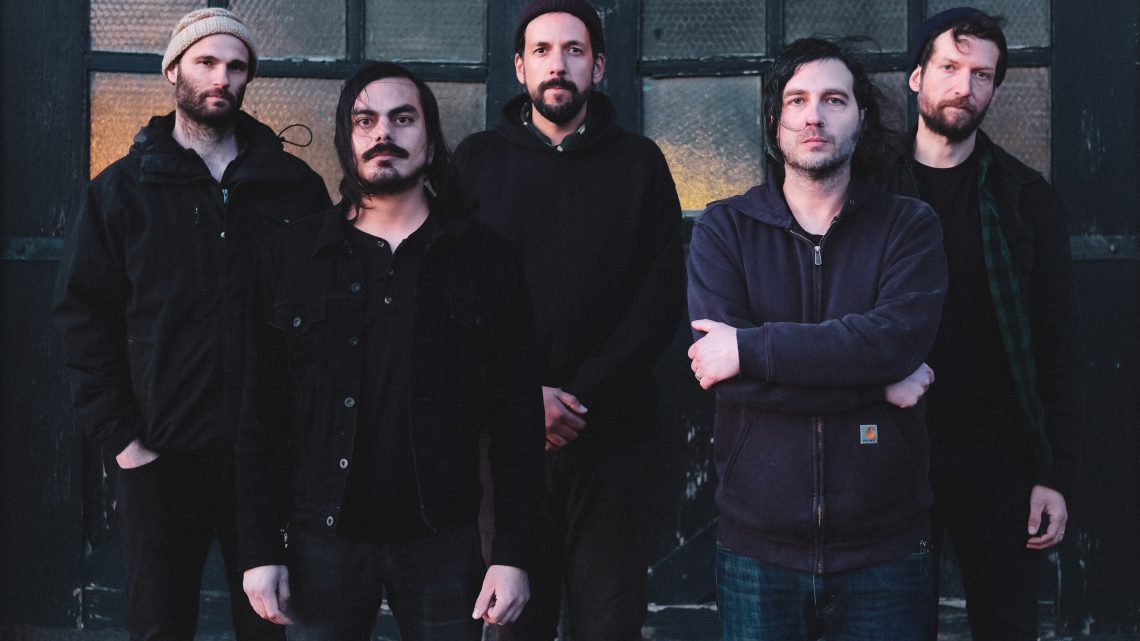 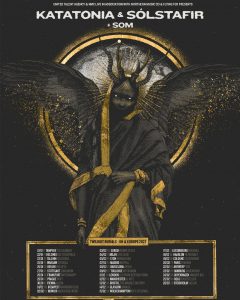 Following their spring 2021 Awake EP and shimmering cover of Billie Eilish’s “Everything I Wanted,” the new single “Animals” finds SOM refining a sound that has been called “doom pop” by Metal Injection, with ethereal heartfelt vocals atop huge riffs alternating between gritty & atmospheric. The accompanying video was directed by Toshadeva Palani (Alcest, Junius, Angel Olsen).
“Animals” is the first single from the quintet’s second full-length, The Shape of Everything, to be released 21st January (Pelagic Records) right on time for the heavy shoegazers’ European tour opening for Katatonia and Sólstafir.
Following the acclaim accrued by 2018 debut The Fall, the group (comprised of current and former members of Constants, Junius, and recent Grammy nominees Caspian) had planned to enter the studio in 2020 to record the follow-up. However, pandemic-induced lockdown forced them to improvise and record entirely remotely, producing 2021’s luscious Awake EP.
This new workflow redefined SOM’s process, which carried into the completion of their forthcoming LP. Its concise compositions balance gritty riffs with airy vocal lines that will appeal to fans of Deftones and Tame Impala alike, and are just as primed for rock radio as for shoegaze-loving connoisseurs.
“About halfway through the writing cycle for our new record, I woke up to an email from our guitar player Joel with an mp3 attached called ‘animals’,” says vocalist and guitarist Will Benoit. “He sent it at like 3 or 4 AM, so I knew he was excited to share something that he had obviously stayed up late working on. He was living in Richmond at the time and this was during last year’s George Floyd protests, so he was front row watching monuments getting torn down and experiencing a real cultural shift. Later on he said it was both horrible and inspiring.
“I was pretty blown away by the demo. From the first note of that lonely, haunting guitar intro all the way through the heightened tension of the instrumental outro — that was all in his original version, and it felt like lightning in a bottle that I had to dig in on immediately. I remember I was running errands all morning, and in the car I was bouncing back and forth between listening to the demo and recording voice memos of all the vocal melodies on my phone. By 11 AM I had the chorus lyrics and harmonies worked out, by 2 PM I was back in the studio and had all the vocals recorded pretty close to how they are on the album.”
It’s this creative efficiency and sense of intuition in songwriting that gives The Shape Of Everything its compelling power. The intentional, self-imposed paradigm of minimalism, the aim to reduce each musical idea to its emotive essence is what makes the band sound huge — and of course the flawless, modern yet incredibly warm and rich production by Will Benoit himself. The album was recorded, mixed and mastered at his own Radar Studio in Connecticut – New England’s first solar-powered recording facility.
The tracks are part of SOM’s ongoing mission to “leave this place better than we found it.” Frontman Will Benoit co-founded the outfit with drummer and former Constants colleague Duncan Rich, as well as Adai founder and now-Caspian drummer Justin Forrest. While touring on The Fall, the band recruited old friends guitarists Mike Repasch-Nieves and Joel M. Reynolds, both formerly of Junius and Driftoff.
While many artists lumbered in inactivity, SOM used the darkness of recent times to create and heal. The Shape of Everything’s introspective bliss is an insight into the kind of harmony the quintet seek to cultivate in all facets of life. 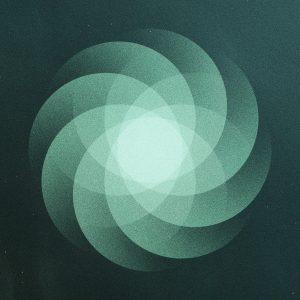