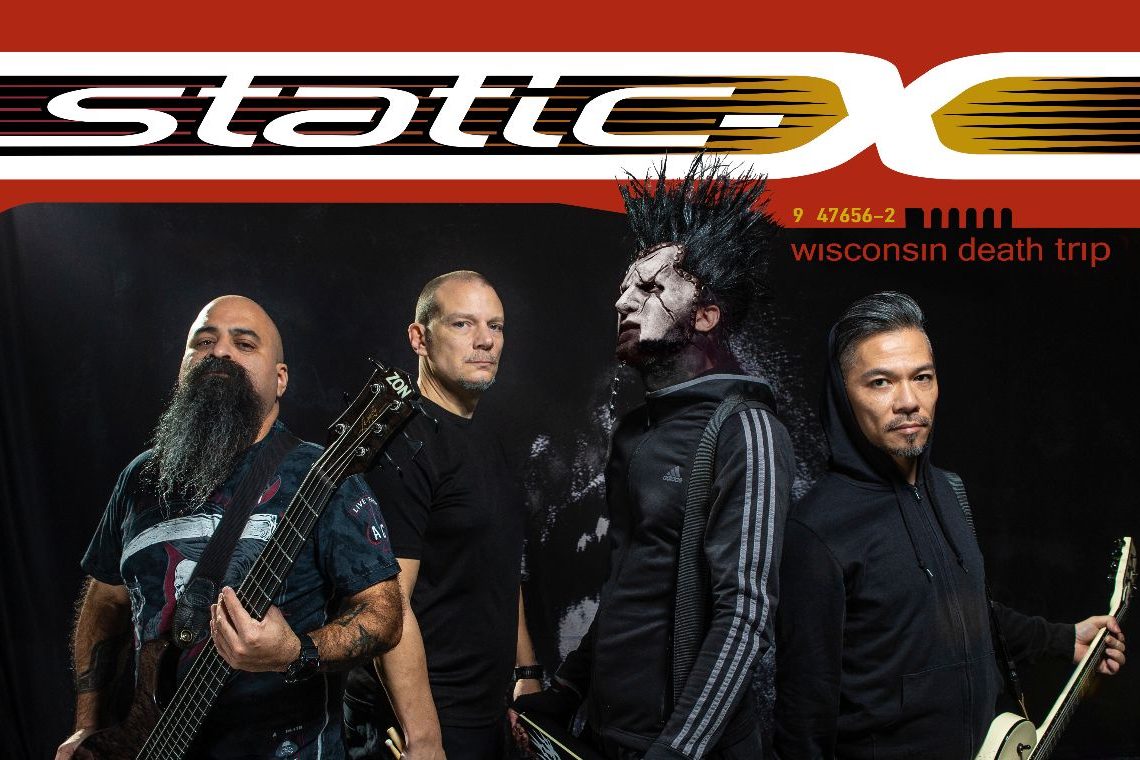 10th June 2019 0 By John Deaux
With several shows on the upcoming Wisconsin Death Trip 20th Anniversary Tour already sold-out, STATIC-X has announced additional dates for this fall. The tour will feature the same lineup of co-headliners DevilDriver and support acts Dope, Wednesday 13 and Raven Black.
“We want to say thank you to everyone who has participated in this 20th anniversary celebration of Wisconsin Death Trip!” says STATIC-X. “The response has been mind-blowing and we are beyond excited to hit the road and throw down with all of our fans. The new album, Project Regeneration, is almost done and an official release date will be announced very soon! All of the pre-order packages will ship the week prior to the new albums release. We are beyond grateful for all the love that you guys have shown us!”
Still a week away from kick-off, Wisconsin Death Trip 20th Anniversary Tour has already sold out venues in Denver, Pittsburgh and Joliet, IL, with other cities close behind. Fans who missed out on tickets for the Denver show will have a second chance to catch the tour when it returns to the area for a stop in Colorado Springs in the fall, which is one of the nine newly-announced dates.
DevilDriver‘s Dez Fafara adds, “Thank you so much for being a part of this amazing co-headline tour between DevilDriver and STATIC-X. Sold out shows have prompted us to add more dates and extend this tour. Come celebrate with us!”
NEWLY ADDED WISCONSIN DEATH TRIP 20TH ANNIVERSARY TOUR DATES:
11/12 – Baton Rouge, LA @ Varsity Theater
11/13 – New Orleans, LA @ House of Blues
11/15 – Ft. Lauderdale @ Revolution
11/16 – Tampa, FL @ The Orpheum
11/17 – Destin, FL @ Club LA
12/2 – Chicago, IL @ House of Blues
12/6 – Sauget, IL @ Pop’s
12/7 – Lincoln, NE @ Bourbon Theater
12/8 – Colorado Springs, CO @ Sunshine Studios Live
The original STATIC-X line-up from the 1999 platinum-selling debut full-length album, Wisconsin Death Trip – bassist Tony Campos, guitarist Koichi Fukuda and drummer Ken Jay – is putting the finishing touches on their seventh studio album, entitled Project Regeneration. The album will feature 12 brand new STATIC-X tracks and contains several vocal performances and musical compositions by Wayne Static.
STATIC-X created a pre-order campaign allowing fans who purchase Project Regeneration in advance to have their name appear in the liner notes of the new album. 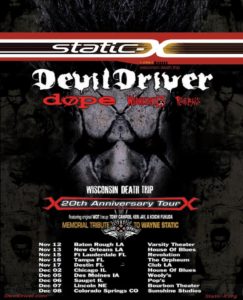