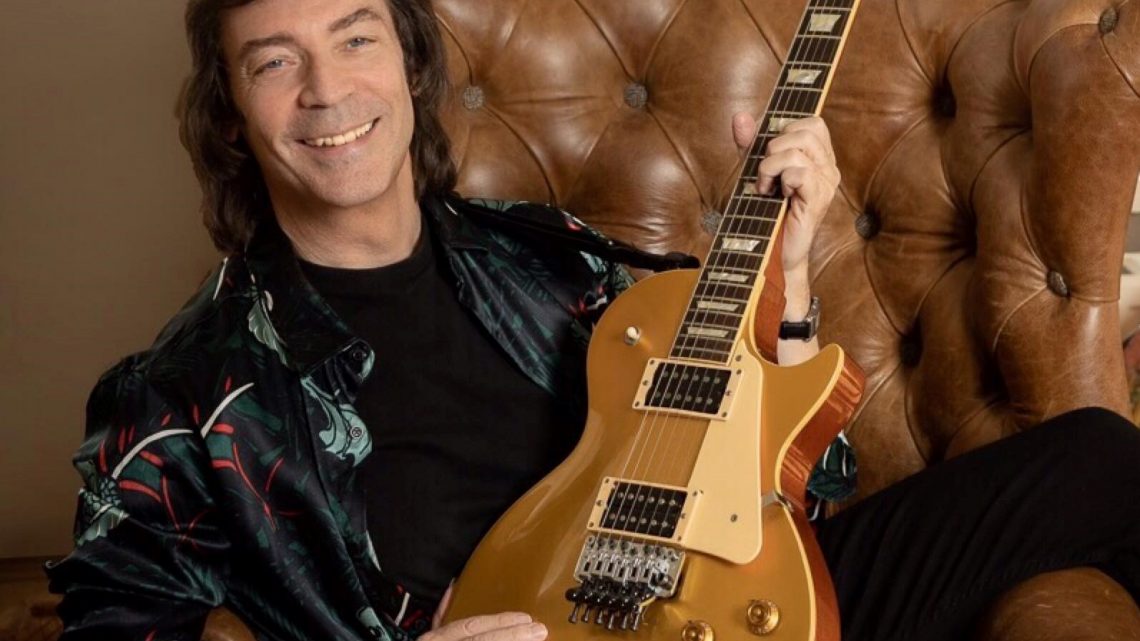 7th December 2021 0 By John Deaux
Hot on the heels of his most successful solo tour ever, Steve Hackett announces his Steve Hackett Genesis Revisited – Foxtrot at Fifty + Hackett Highlights tour for 2022. The tour will mark the 50th anniversary of the legendary Genesis album Foxtrot which, in 1972, was pivotal in establishing the band as a major force in British rock.
Tickets are available from 10am on Friday 10th December via myticket.co.uk.
Guitarist Steve Hackett joined Genesis in 1971, making his band debut on the Nursery Cryme album which enjoyed a greater commercial success in Europe than the UK. After extensive touring, the band were encouraged, by audience reactions, to further experiment with ever longer compositions and develop their ability to incorporate strong narratives. This, in turn, allowed frontman Peter Gabriel more opportunity to indulge in the theatrics which helped to raise the band’s profile.
“I think Foxtrot was a terrific achievement for Genesis at that time,” says Steve Hackett. “I think there is not one weak track on the album, they all have their strong points and I’m really looking forward to doing the whole album live.”
Foxtrot was critically acclaimed and became the first Genesis album to make the UK album charts. The first track, the sci-fi influenced Watcher of the Skies became a fan favourite and perennial live set opener while Get ‘Em Out By Friday was a cutting slice of social comment about concrete tower blocks replacing aging slums, driven not by concern for communities but by the greed of developers.
Hackett was the lead writer of Can-Utility and the Coastliners, featuring some particularly strong musical ideas, and also contributed his classically-inspired solo piece Horizons. “The original version was a rough mix but there was something about it. A rough monitor mix can have things that something more considered won’t necessarily possess. I liked the sound of the rough mix, so we went with that.”
The album’s highlight was the 23-minute epic Supper’s Ready which remains a concert favourite and featured on Hackett’s recent Second’s Out tour. “’Supper’s Ready’ was a sojourn, an odyssey and something that goes down very, very well with audiences now.” Hackett adds. “As part of ‘Second’s Out’ I’ve been playing the whole of that again, it really has stood the test of time.
“We were a young, struggling band at that time. By the time we were doing ‘Foxtrot’, the band was becoming more ambitious. ‘Foxtrot’ is a must for fans of the early Genesis work. Fifty years ago? It doesn’t feel like those ideas are fifty years old because it was-genre defining, rather than following trends. It still sounds current, now.”
The Steve Hackett Genesis Revisited – Foxtrot at Fifty + Hackett Highlights tour also promises more Genesis favourites and highlights from Hackett’s extensive solo catalogue.
Steve Hackett and his touring line-up of Roger King (keyboards), Jonas Reingold (bass, backing vocals), Nad Sylvan (vocals), Rob Townsend (saxophone, flutes, additional keyboards) and Craig Blundell (drums) have recently completed the 31-date Genesis Revisited Seconds Out +More UK tour plus additional European dates. Hackett’s most successful ever solo tour, this tour sold out most of the dates and received stunning reviews:
“raising the audience fever to near delirium… celebrating what has been an imperious performance… We’re a lucky bunch of fans to have Steve Hackett on this form.” Prog Magazine
“Hackett has certainly pulled together a world class ensemble of musicians befitting a guitarist of his stature… Breathtaking stuff”. MetalExpressRadio.com
“this is definitely your ‘go-to-gig’ of 2021” ***** MMH Radio
“What a fantastic performance and night’s entertainment” Brighton and Hove News
“When the sun sets on 2021… this show will be right at the top of the list” 10/10 Maximum Volume Music
“Pure class from start to finish” Yorkshire Times 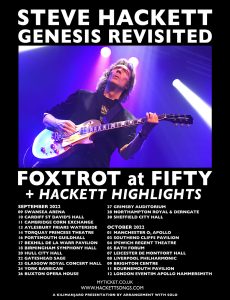