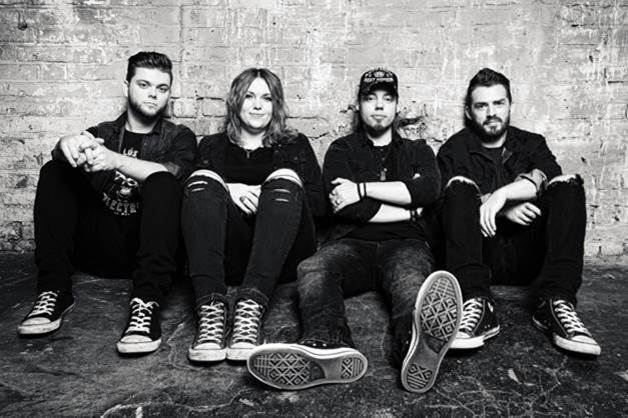 STONE BROKEN have released a brand new remixed version of ‘The Only Thing I Need’; taken from their current studio album, Ain’t Always Easy, the track has been given a fresh arrangement by renowned UK engineer/ producer Adrian Hall, who has previously worked with such artists as Alicia Keys, The Clash, Robbie Williams & Goldfrapp.

For some, these deep winter months can be tough to take, but Stone Broken offer us a glimpse of brighter days in their heart-warming, nostalgia-inducing clip for the song

Rich Moss, Stone Broken lead vocalist / guitarist, explains: “‘The Only Thing I Need” is a feel good number. We wanted to write a song that would make people think about the friends, relatives, whoever, who mean the most to them; to think back to a point when they were just having fun, when there was no stress, even if only for a small amount of time… because THOSE times are the best times!”

Download or stream ‘The Only Thing I Need’ here: https://StoneBroken.lnk.to/TheOnlyThingINeed

Stone Broken spent much of 2018 gigging hard, playing non-stop in the UK, Europe & the USA in support of Ain’t Always Easy, amassing over 3.3 million streams worldwide. 2019 sees the Midlands quartet continuing down the live path, headlining 16 dates across the UK & Ireland.

The full itinerary is as follows: –

15: Birmingham, ENGLAND, The Mill (sold out)

Main support on all dates excluding Scotland will be provided by THOSE DAMN CROWS,

A special, hand numbered, 3-track Ltd Ed. CD, will be exclusively available at the merch desk of every show across SB’s February UK headline tour and via the band’s website, here: www.stonebroken.com

The CD will be packaged with a pull-out poster booklet and will feature 3 different versions of the current single: –

The Only Thing I Need (radio promo version)

The Only Thing I Need (album version)

The Only Thing I Need (acoustic version)

Meanwhile, previous single ‘Worth Fighting For’ entered the Top 50 US rock airplay chart as well as receiving fantastic support from SiriusXM Octane with over 169 spins during SB’s US tour period; at the same time, their Youtube video plays increased by over 1 million.