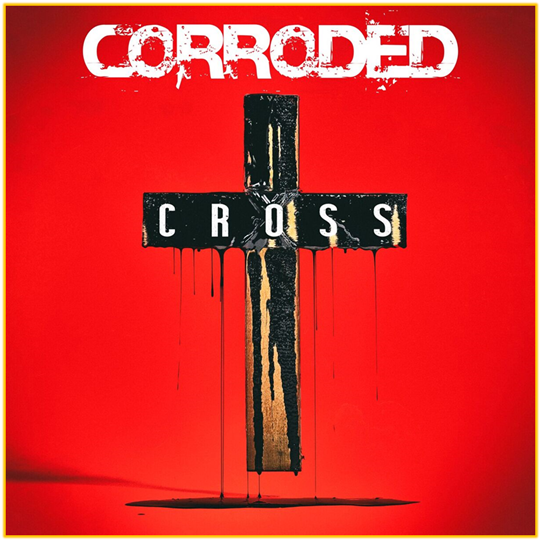 “CROSS is the song that we chose to use as our first single from the album BITTER. What the song is about is something that you will have to find out for yourself, but we can tell that it is a no nonsense, face melting hard rock/metal song that totally kicks ass.” (Jens, Corroded)

“We made three songs that weekend and together with the rest of the ideas we had we started to build what would become the finished album” – says Tomas, guitar and backing vocals.

“The whole process was best compared to Frankenstein’s monster. We cut everything up and put it back together a couple of times until we felt that we were on the right track.” -Tomas says.

‘Bitter’ is released via Despotz Records on January 26th 2019