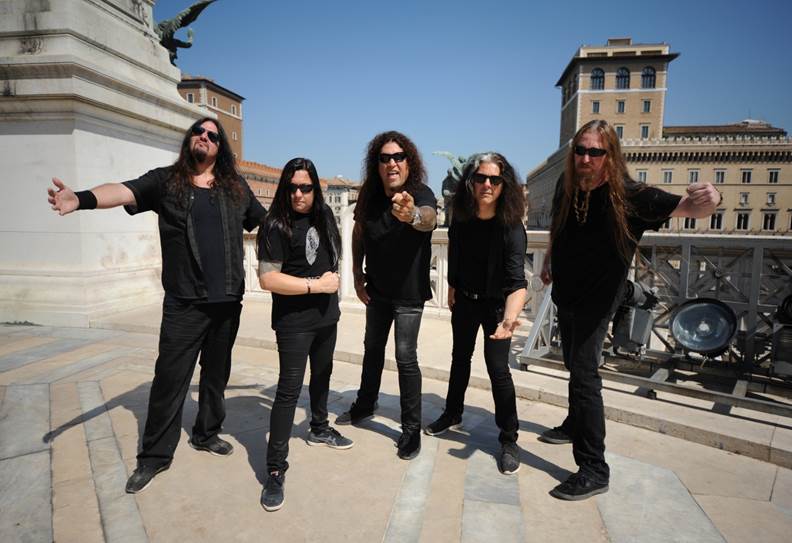 Bay Area thrash giants TESTAMENT are thrilled to announced their return to our UK and Irish shores in March/April 2018!

The band is still touring in support of their critically acclaimed latest record ‘Brotherhood Of The Snake’ and they will be bringing along with them Canadian thrashers ANNIHILATOR as well as Polish death metal tank and label mates VADER.

“I’m super excited about this tour! I can’t wait! Really really looking forward to spending some quality time in the UK, Ireland and Europe and it’s way too long overdue! Hails!” 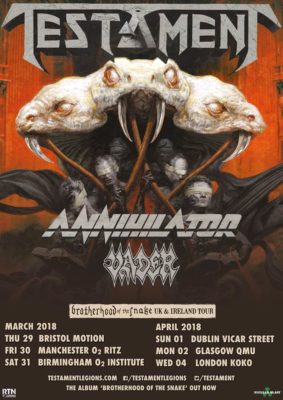 Tickets will go on sale from November 3rd @ 10am UK time.

Following ‘Live At Eindhoven’, an EP recorded at Holland’s Dynamo Festival, ‘The New Order’ (1988) was very well received, producing one of the band’s most memorable classics ‘Disciples Of The Watch’. Next came the highly successful ‘Practice What You Preach’ (1989), then the release of ‘Souls Of Black’ (1990) coinciding with the famed European ‘Clash Of The Titans’ tour with Slayer, Megadeth and Suicidal Tendencies – which helped cement their place in thrash royalty.

Testament signed with Nuclear Blast in 2007 and have since released three critically acclaimed studio albums; ‘The Formation of Damnation’ (2008), ‘Dark Roots Of Earth’ (2012) and ‘The Brotherhood Of The Snake’ (2016).