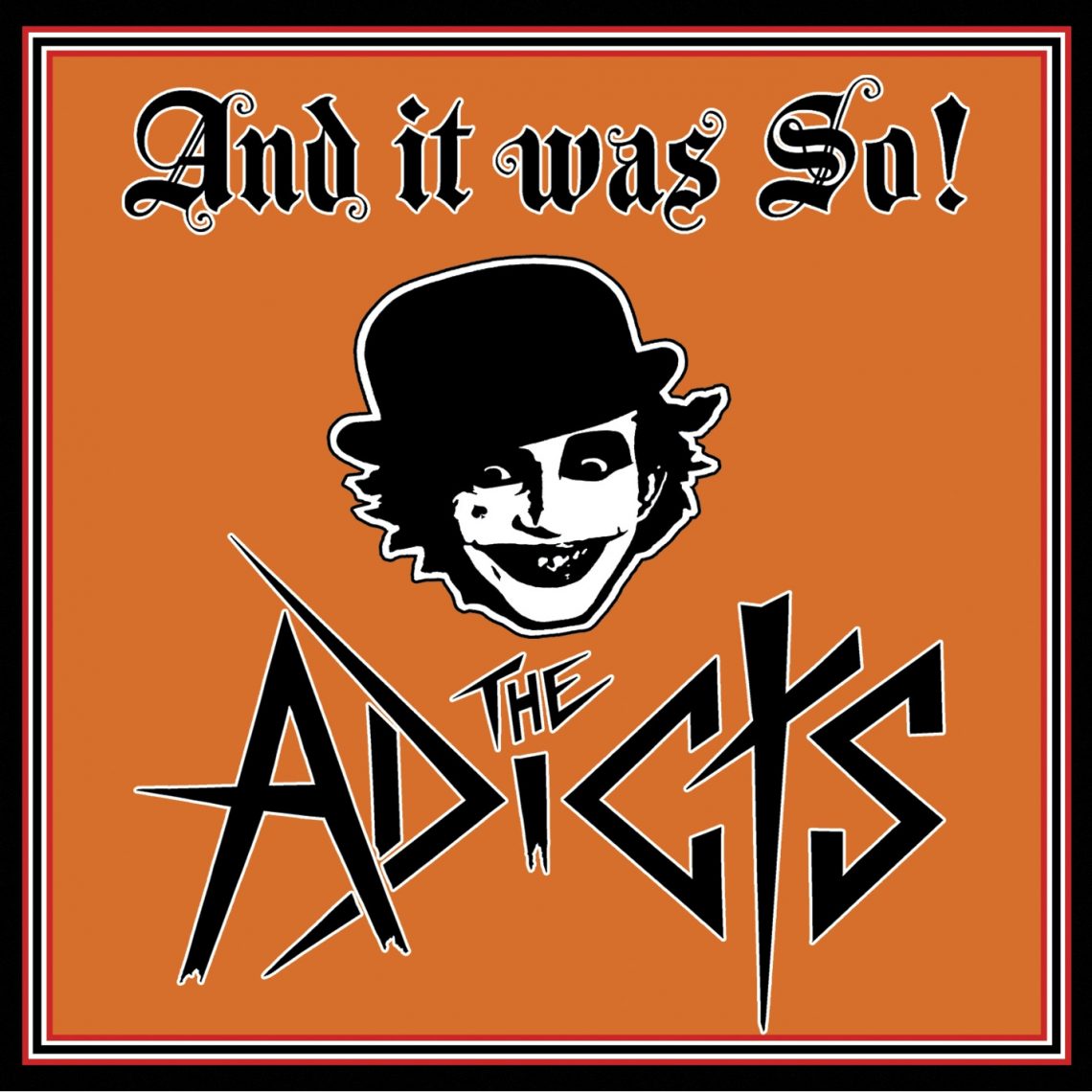 The Adicts are one of those bands you might have missed, which is surprising given that they’ve been ever-present since the early 80s.

Perhaps they’re too dangerous for most? They are from that unforgiving city and hotbed of punk rock and anarchy, err, Ipswich after all. The Adicts, for those who don’t know, are pretty much a Clockwork Orange-themed band – a great film and an even better book. Is that a good idea? Whatever next, a Jurassic Park-themed punk band with all members dressed as velociraptors? Actually, I’d pay good money to see that.

I can tell you it does work. Of course it works. The Adicts have almost 40 years’ experience under their belts and And It Was So! is their tenth full length outing, so they have to be doing something right. They’ve played at the legendary Punk Rock Bowling festival and Rebellion Festival among others, so they’re very clearly doing something right.

And It Was So! kicks off as it intends to go on with Picture the Scene, a slice of melodic punk that will at the very least have you tapping your feet and nodding your head in agreement. Fucked Up World is something we can all agree with and the bizarre nod to Life Is a Cabaret in the middle is clearly The Adicts’ way of dealing with it – humour, but without being ridiculous.

This album is full of the kind of songs that could very easily become anthemic singalongs – it’s pretty much impossible to find anything wrong with it.

Talking Shit, Gospel According to Me and Wanna Be definitely stand out from the crowd as the superior tracks, but that’s in no way implying that anything on And It Was So! is inferior.

I Owe You sounds a little bit like it could be a US pop punk band belting it out in places, but if you like this kind of melodic punk that will be right up your street.

You’ll Be the Death of Me has a sort of Halloween punk meets metal meets The Offspring feel to it, a bizarre melting pot that sounds great.

If you’ve never heard The Adicts before then this is a very good place to start. If you like melodic punk that’s a little bit morose at times and are sick of Alkaline Trio then this is definitely the way you need to go.

Put on your bowler hat, pour yourself a glass of milk and enjoy And It Was So!

Buy And It Was So! here and get more information about The Adicts here.