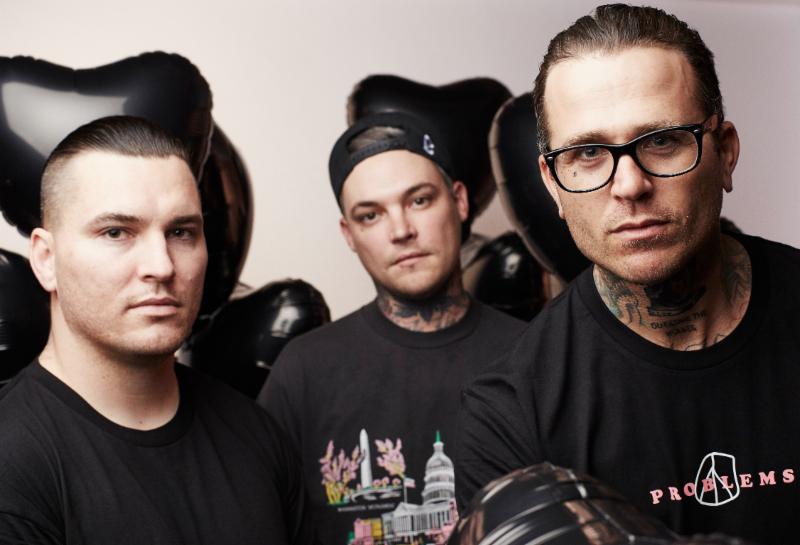 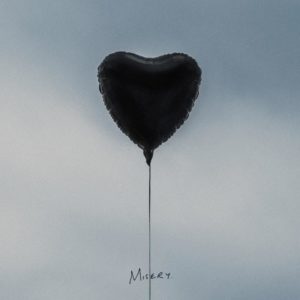 Roadrunner Records band The Amity Affliction have shared a second new song off their widely anticipated new album, MISERY. “Feels Like I’m Dying,” which made its world premiere on Sirius XM’s Octane, is available at all DSPs and is accompanied by an official music video that is streaming now at www.theamityaffliction.net. Written and co-directed by the band’s own Joel Birch, the video for “Feels Like I’m Dying” follows the official video for MISERY’s lead single “Ivy (Doomsday),” and marks the second chapter of a three-part short film chronicling a dark tale of three friends and their quest for vengeance.

MISERY is set to arrive worldwide on Friday, August 24th and is available for pre-order now with all orders receiving instant grat downloads of “Ivy (Doomsday)” and “Feels Like I’m Dying.”   For additional information, please visit www.theamityaffliction.net.

The Amity Affliction are currently on tour in the U.S. on the milestone final Vans Warped Tour 2018 which is set to continue through early August. From there, The Amity Affliction will head to Europe for a headline tour slated for stops in Germany, the United Kingdom, France, Switzerland, Austria, Denmark, Norway, and Belgium. The UK dates, with support from The Plot In You, Dream State, and Endless Heights, are as follows:

Recorded earlier this year in Baltimore, MD with producer Matt Squire (Panic! At The Disco, Ariana Grande, Underoath), MISERY is the long-awaited follow-up to The Amity Affliction’s acclaimed fifth studio album, THIS COULD BE HEARTBREAK. That LP landed at #1 in the UK rock chart upon its 2016 arrival (#51 in the main chart, a career high), entered at #26 on the U.S. SoundScan/Billboard 200, while clinching #1 again in their native Australia – The Amity Affliction’s third consecutive time topping the ARIA Album Chart.

THIS COULD BE HEARTBREAK – which includes the singles/videos, “This Could Be Heartbreak,” “I Bring The Weather With Me,” “All F*cked Up,” and “Fight My Regret” – earned acclaim and press attention along with its popular success, including the front cover of both Kerrang! and Rolling Stone Australia. Kerrang! awarded the album four Ks, hailing it as the band’s “personal-best” while noting, “This is heartbreak, and The Amity Affliction have rendered it more magnificently than ever.” “(The Amity Affliction’s) ear for an unstoppable melody demands respect,” declared Metal Hammer, while Blunt noted, “(THIS COULD BE HEARTBREAK) strikes from a darker angle…its melancholy burns fervent.” “Synth-soaked tracks and lyrical masterpieces dominate the album,” raved Vulture Magazine, “showing the Amity boys have an ability to provide a definitive yet ever-evolving sound, tying in new fans while still catering to the old.” “(THIS COULD BE HEARTBREAK) glistens with vivid memories and brutal honesty that is unapologetic,” wrote Outburn, while Alternative Press summed it best: “The Amity Affliction are at their strongest.”

THIS COULD BE HEARTBREAK followed The Amity Affliction’s ARIA platinum-certified #1 album, LET THE OCEAN TAKE ME, which proved an international breakthrough for the group. LET THE OCEAN TAKE ME marked The Amity Affliction’s second consecutive time topping the ARIA Album Chart following 2012’s gold certified CHASING GHOSTS. More recently, the band released SEEMS LIKE FOREVER, the #1 ARIA gold certified documentary chronicling The Amity Affliction’s history up through their epic “Let The Ocean Take Me World Tour,” which saw the band performing in front of sold-out crowds around the globe, including shows at New York City’s Irving Plaza and London’s KOKO. Furthermore, the single, “Shine On” came in at #25 on Triple J’s “Hottest 100” of 2016. For more than a decade, The Amity Affliction has confronted the very darkest edges of man’s existence through their music and with SEVERED TIES, 2008’s full-length debut, and 2010’s ARIA gold-certified follow-up, YOUNGBLOODS, The Amity Affliction instantly established themselves as leading force in the heavy music world.