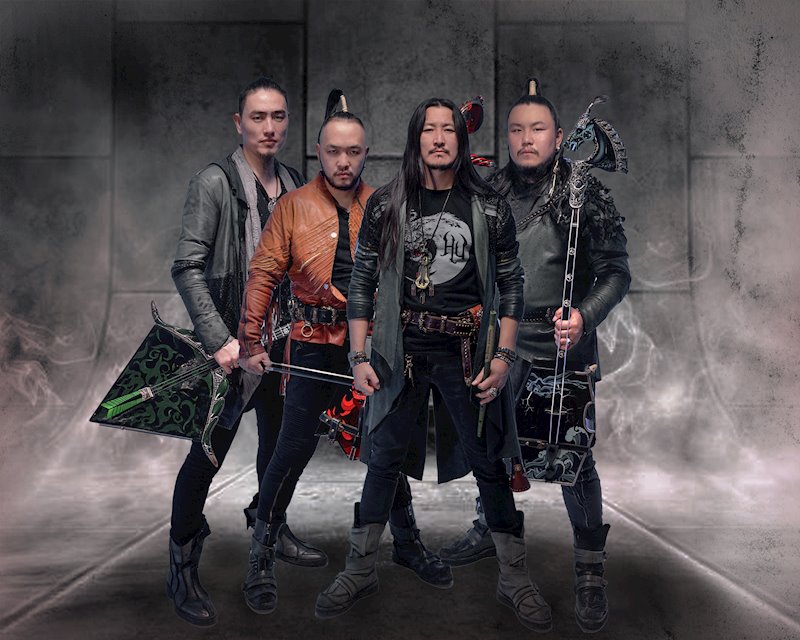 THE HU PREMIERE NEW SINGLE AND VIDEO “THIS IS MONGOL”

Today, acclaimed Mongolian rock band The HU released a new single called “This Is Mongol” ahead of their second official studio album set for release later this summer via Better Noise Music. With “This Is Mongol,” as with all of their music, The HU connects the world to Mongolian culture and its unique core values of natural preservation and spiritual connection with the earth. These core values are on full display in the new, epic official video for “This is Mongol,” also released today. The deeply meaningful lyrics uplift the Mongol people, as the band wishes for prosperity and peace among all. Previously debuting at #1 on the World Album and Top New Artist charts with their 2019 debut album The Gereg, the band is excited to start dropping new music for fans. Currently on their Black Thunder Tour this spring, The HU also recently played at Coachella, earning an array of critical acclaim. They will also join Five Finger Death Punch and Megadeath on tour later this summer. Full list of dates below. To stream, download and catch the stunning video for “This Is Mongol,” click HERE.

Speaking about the video, singer and tumur hhuur player Jaya said, “We shot in the Mojave Desert, Nevada and the environment reminded us of Gobi Desert in Mongolia. We enjoyed shooting the video, which happened during our tour and gave us a little break to reminisce about home. The song perfectly matched the environment we made the video in. It was one of the best memories we created as a band and it was special because our producer Dashka was with us to oversee the whole process.”

Enkush, who also sings and plays the morin khuur, shared his thoughts on their tour dates with Five Finger Death Punch and Megadeath, “We grew up listening to Megadeath and can’t express how much they have inspired and motivated us to do what we love every day, so you can only imagine our excitement for our next tour with them. Everybody knows Megadeath is one of the four biggest trailblazers in thrash metal and to be performing with a modern band such as FFDP is truly going to be legendary. Although it will be our first time performing with them, we will bring our A-game on this tour.”

Thrilled to be sharing more of their Mongolian roots, producer Dashka said, “Creating this song meant so much to me. We are announcing our arrival through music and specifically through this song. In these uncertain times, I hope we are bringing positivity, empowerment and strength to fight for better days.”

In celebration of their new single and upcoming album, The HU also released an official music video directed by John Connor Hammond. The visual is set in the Mojave Desert and showcases the band energetically performing their inspiring new single “This Is Mongol.”

Over the last several months, the band has been recording new material in their homeland of Mongolia and shared an update from the studio with fans on their YouTube channel HERE. While on their current headlining tour, the band has been teasing the new music from their much-awaited sophomore album, out late this summer. The tour continues tonight, May 13, in Portland, ME and will see the band journey across the southern U.S. throughout May 29 landing in Dallas, TX before ending in Mexico City, MX on May 31. For more information on The Black Thunder Tour, visit https://www.thehuofficial.com/tour-1.

On the morin khuur and serving as a vocalist, Gala talked about their recording process, “Our second album was recorded during Covid lockdown, where we used the time to put our best effort and astounding amount of energy to focus on the work. Therefore, it is our hope to present our listeners with unique songs that have their own characteristics.”

Temka, who plays the tovshurr and sings background vocals, also spoke about their upcoming album, “The new album has great quality, composition, melody and overall it is sensational. The lyrics that Dashka wrote consist of our traditional values, virtues and wisdom of our ancestors. Our fans can expect to hear and feel the messages we try to deliver through our songs, such as love and respect for parental love, the importance of sustainability and cultural heritage. We can’t wait for our fans to listen and enjoy our second album and are excited to be performing for fans whom we have yet to meet. We will see you very soon and send our regards to our fans all over the world!”

Soon after, The HU will continue their trek across North America, as they head out on tour with Megadeath, Five Finger Death Punch, and Fire From The Gods. The tour, presented by Live Nation, will kick off in Portland, Oregon on August 19th and span over 30 dates, closing out on October 15 in Salt Lake City, Utah. Concertgoers are  promised an intense multi-faceted night of heavy rock music. Tickets are on sale now HERE.

Most recently, the band headlined a tour last fall through North America after joining Halestorm’s headlining tour, reuniting with frontwoman Lzzy Hale, their special guest on “Song of Women” from their #1-charting debut album Gereg. In addition to those tours, The HU also performed a slew of high-profile festival dates including Austin City Limits, Outside Lands, Rocklahoma, Inkcarceration and more. Those dates coincided with The HU’s appearance on Metallica’s Special 30th Anniversary ‘Black Album’ Reissue Covers Project, for which they covered the legendary band’s “Through the Never.” They appeared on the track listing alongside some of the biggest names in music – Elton John, Miley Cyrus, Yo-Yo Ma, St. Vincent, Phoebe Bridgers, J Balvin with the Neptunes, Weezer, and many more – who offered their own renditions of Metallica’s songs that originally appeared on the iconic LP.

May 28 – The Woodlands, TX – The Cynthia Woods Mitchell Pavilion (Buzzfest)