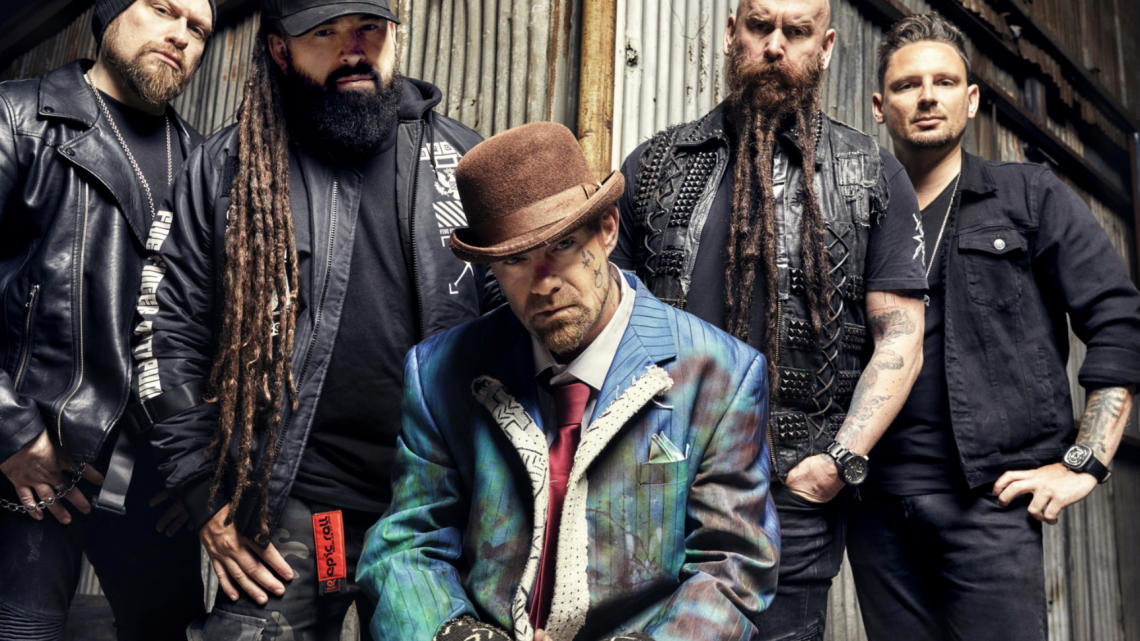 Following the recent release of new single “AfterLife” multi-platinum hardrockpowerhouse Five Finger Death Punch are announcing the August 19 release of their new album of the same name. AFTERLIFE is available for pre-order HERE. Also today, the band dropped another new track called “IOU” – listen HERE. The official lyric video for the song can be watched HERE and provides a first ever sneak-peek into the Metaverse project the band has been working on. The interactive virtual world will be a gamified fan club experience, developed on the near photorealistic Unreal Engine and providing an extension of the band’s existing Fan Club app in the near future. Download the Five Finger Death Punch Fan Club app Here.

“AFTERLIFE was hands down my favorite record to make.” says 5FDP guitarist Zoltan Bathory and continues: “It is our ninth album so at this point, we have legions of loyal fans, and our signature sound is more than established. It became its own island, our ground zero we operate from and we can always come back to. So when we started this record, there was an excitement of impending musical adventures, we knew we could step away as far as we wanted to, there was a freedom of truly “anything goes.” This resulted in an album that is way more diverse than our previous ones, while it feels more unified, because there is a framework of overarching stories in Ivan’s lyrics and interconnecting musical motifs between songs. It was not planned as a concept album, but we were so hyper-focused on painting a complete picture, it somehow feels like one… We are very proud of it and are just as impatient as the fans waiting for the release, can’t wait to share it.”

5FDP have amassed over 8 billion streams to date. AFTERLIFE is the highly anticipated follow-up release to their 2020 album, F8 which debuted at #1 on rock charts around the world and Top 10 on the Mainstream charts in the USA, Austria, Australia, Canada, Finland, Germany, Sweden, Switzerland, the UK and more. See below for full AFTERLIFEtracklisting.

Last month, the band released the first official single and title track, “AfterLife” from the forthcoming album. The song is currently climbing the charts after it was met with instant critical praise. Loudwire deemed it a “hard-hitting rock radio gem you’d hope for from 5FDP, starting with a solitary atmospheric guitar lick, giving way to bullet-like drums and a fleshed out full band assault brimming with energy and a pulsing low end.” The band’s longtime collaborator Kevin Churko (Ozzy Osbourne, Papa Roach, Skillet) helmed the producer duties of the ninth and arguably most diverse record of the band. Watch the lyric video for “AfterLife” HERE.

The band also recently announced a 2022 North American headlining tour presented by Live Nation, kicking off in Portland, Oregon on August 19th, the new album’s release date. The tour will span over 30 dates, closing out on October 15 in Salt Lake City, Utah. The band will be joined on tour by very special guest Megadeth, with additional support from The HU,and Fire From The Gods, promising an intense multi-faceted night of heavy rock music. Full list of dates below. Visit FiveFingerDeathPunch.com for tickets.

Coinciding with last month’s tour announcement, 5FDP also launched the official Five Finger Death Punch Fan Club.Members have exclusive first access to presale tickets before anyone else. The Fan Club is available as a stand-alone app in the Apple, Android and Google Play app stores and is both a community for the most diehard fans, as well as the official one-stop shop for the latest 5FDP news. Premium Members of the Fan Club will receive numerous additional perks throughout the year. 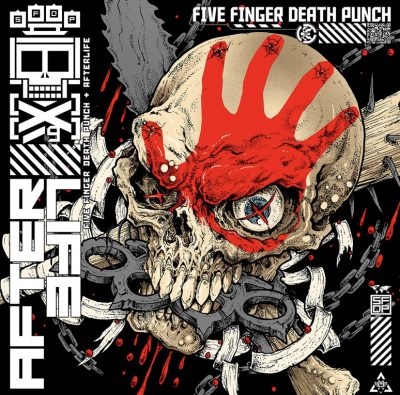 One of the most successful rock acts in modern music, Five Finger Death Punch have been hard at work in the studio over the past year writing and recording the follow-up to their 2020 album F8. The album, produced by Kevin Churko, debuted at #1 on Rock charts around the world and top 10 on the mainstream charts in the USA, Australia, Canada, Germany, Sweden, the UK and many more. It produced four #1 hit singles with “Inside Out,” “A Little Bit Off,” “Living The Dream,”and “Darkness Settles In,” the latter of which saw the band tie the record for most consecutive #1’s on Billboard’s Mainstream Rock Airplay Chart with seven chart-toppers in-a-row with Disturbed. The band has amassed over 8 billion streams and 3 billion video views to date and have sold over one million tickets between 2018 and 2020 alone.

5FDP are also making their movie acting debut with their appearance in the upcoming horror-thriller film THE RETALIATORS, a Better Noise Films production, which is set for a fall 2022 theatrical and streaming release. 5FDP band members Ivan Moody, Zoltan Bathory and Chris Kael appear both onscreen and on THE RETALIATORS original soundtrack, alongside some of the biggest names in rock: Mötley Crüe’s Tommy Lee, Jacoby Shaddix of Papa Roach, Spencer Charnas of Ice Nine Kills, From Ashes to New, The HU, All Good Things, and more.

THE HU PREMIERE NEW SINGLE AND VIDEO “THIS IS MONGOL”