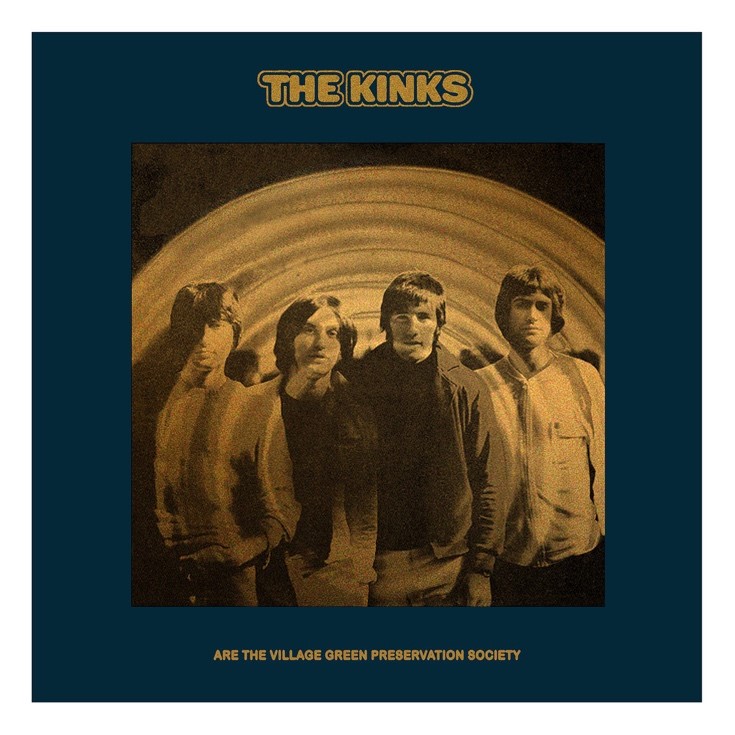 The Kinks will release a 50th Anniversary Edition of one of the greatest British rock albums of all time ‘The Kinks Are The Village Green Preservation Society’ on BMG October 26th.

This essential album by one of the world’s best ever bands is defined by the extraordinary catalogue of Ray Davies’ songs, driven by brother Dave Davies’ power pop guitar and became the foundation of generations of British guitar pop. ‘The Kinks Are The Village Green Preservation Society’ cemented Ray Davies reputation as one of Britain’s greatest ever songwriters of his and any generation.

“I think The Village Green Preservation Society is about the ending of a time personally for me in my life,” says Ray. “In my imaginary village. It’s the end of our innocence, our youth. Some people are quite old but in the Village Green, you’re never allowed to grow up. I feel the project itself as part of a life cycle.”

Somewhat overlooked upon its release in November 1968, ‘The Kinks Are The Village Green Preservation Society’ is now regarded as one of the best British
albums ever recorded. Created in difficult circumstances by a band on the verge of disintegration and who refused to follow fashion, it is an album of timeless, perfectly crafted songs about growing up and growing old, and the decline of national culture and traditional ways. Enduring and unsurpassed, with its wit, sadness, quiet anger, regret and charm, it is generally considered the high point of The Kinks’ outstanding career and Ray Davies’ masterpiece.

‘When we played a concert at Drury Lane in ’73 to “celebrate” us about to join what was called The Common Market, I decided to use the song as a warning that time was running out for the old British Empire.’ Says Ray. ‘This song was recorded a few weeks later but never made the final cut on the Preservation Act I album. Oddly enough, the song seems quite poignant and appropriate to release at this time in British history, and like Europe itself the track is a rough mix which still has to be finessed.’

Ray mixed the track earlier this year and it is included on the new VGPS Deluxe Box Set and Deluxe 2CD. The single version will also be available as a limited edition 7” single exclusively with pre-orders of the box set via The Kinks Music Glue official store, and as a digital download single.

Launching October 4th, there will be an exhibition at London’s Proud Central Gallery titled ‘The Kinks Are The Village Green Preservation Society’ which will run until November 18th displaying a selection of rare collector’s items including specially commissioned artworks by members of the band and vintage memorabilia, together with a collection of photographs documenting this remarkable period in the band’s history. Each work is hand-signed by surviving band members Ray Davies, Dave Davies and Mick Avory – visit www.proud.co.uk for more info.

Side One
1. The Village Green Preservation Society
2. Do You Remember Walter?
3. Picture Book
4. Johnny Thunder
5. Last Of The Steam-Powered Trains
6. Big Sky
7. Sitting By The Riverside

Side Two
1. Animal Farm
2. Village Green
3. Starstruck
4. Phenomenal Cat
5. All Of My Friends Were There
6. Wicked Annabella
7. Monica
8. People Take Pictures Of Each Other