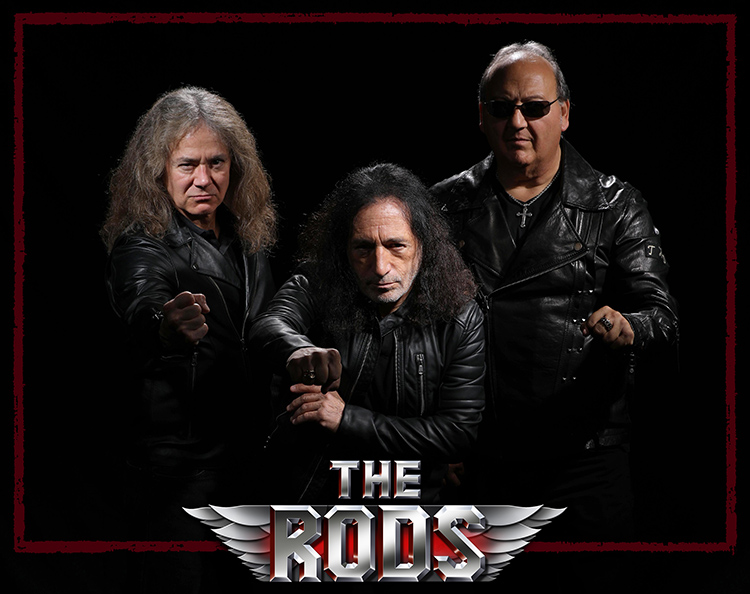 Do you remember The Rods? No, shame.  The Rods are a band that should’ve been much bigger than they actually were. Just like Anvil, The Rods were there are the beginning of what became Heavy Metal’s golden period. They supported the like of Maiden, Ozzy and Judas Priest with early Metallica opening for them in turn. Sadly, despite 1982’s Wild Dogs being one of the best albums of the period (in this reviewers opinion) things didn’t quite fall right for them and by 1986, with the advent of hair metal, they disbanded and went off to have ‘normal’ careers.

However, in the late 2000’s and with the likes of Anvil making waves again, The Rods reformed and released a come-back album ‘Vengeance’ in 2011. Released on the Steamhammer label, on 7th June, Brotherhood of Metal is The Rods second comeback album since reforming. So the question is, should you check it out? The answer is a very clear yes. Especially if, like me, you enjoy putting on some old denim, dusting off your old air guitar and just rocking.

From the first titular song, “Brotherhood Of Metal”, The Rods do not let up for one minute. This is almost an hour of pure Heavy Metal, you won’t find ballads here, there’s no auto-tune, no computers and only sparse use of keyboards as an accent. The sound comes from three guys, David ‘ Rock’ Feinstein on guitar and vocals, Garry Bordonaro on Bass and Carl Canedy on drums, often compared to Motorhead The Rods are a power trio in every sense.

There are some real highlights on the album for me, top of which is the anthem “Party All Night“. I can’t wait to see the guys play in some club surrounded by drunk idiots all pumping their fists and throwing the horns to the sky.  The second song on the album, “Everybody’s Rockin” has a chorus that could catch fish with the need of a net and it has David singing ‘Heavy Metal Rules’ yes, yes it does. Both of these songs have a proper groove to them and “Party All Night” having a superb bass line throughout. I love how Garry Bordonaro’s bass is allowed to play the groove on several tracks instead of being hidden away like more modern sounding heavy metal bands, mentioning no names (coughmetallicacough).

The Rods are a band that seem to know exactly where they came from and what they can do. The song “1982” shows the trio know who helped them get to where they are and who they need to name-check. “Louder Than Loud” is a straight up, blue collar metal song. It pulls no punches and should be played, louder than loud.

However, it does have to be said that this won’t be everyone’s cup of tea, I hate to use the phrase ‘old fashioned’ like it’s a bad thing and I imagine The Rods will get some backlash for sticking to their roots. However, if you’re of a certain age and sensibility then this album does everything you could want it to and every song has something in it you can enjoy.

As for my playlist, I’m taking “Everybody’s Rockin” and “Party All Night”  and if I ever start a pure heavy metal playlist, then I wouldn’t be surprised if a couple more tracks of the album made it to that playlist.

The Rods – Brotherhood of Metal does exactly what it says on the tin and is a welcome return to Heavy Metal’s roots. 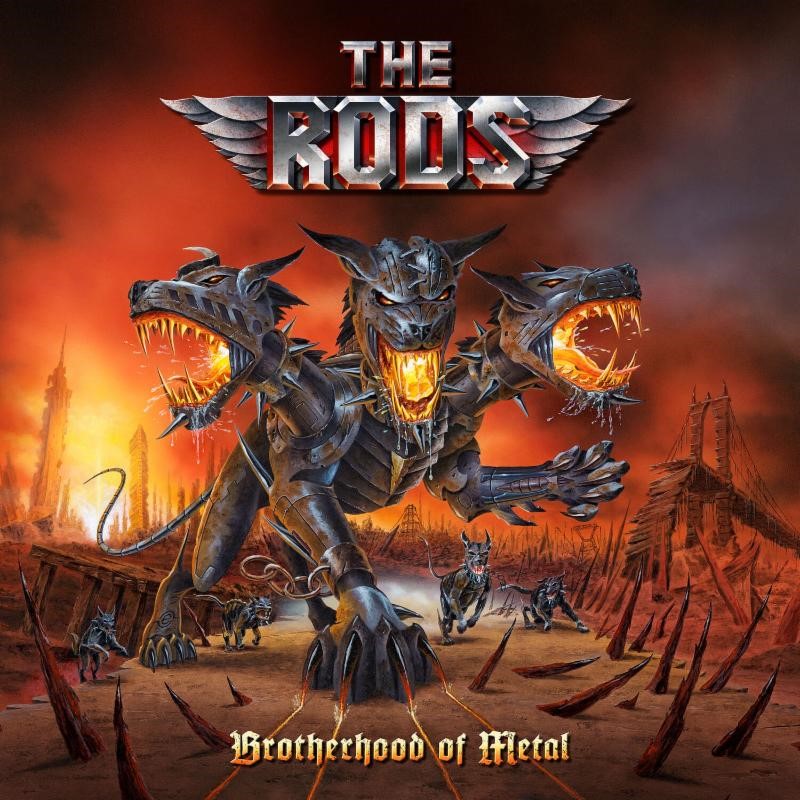