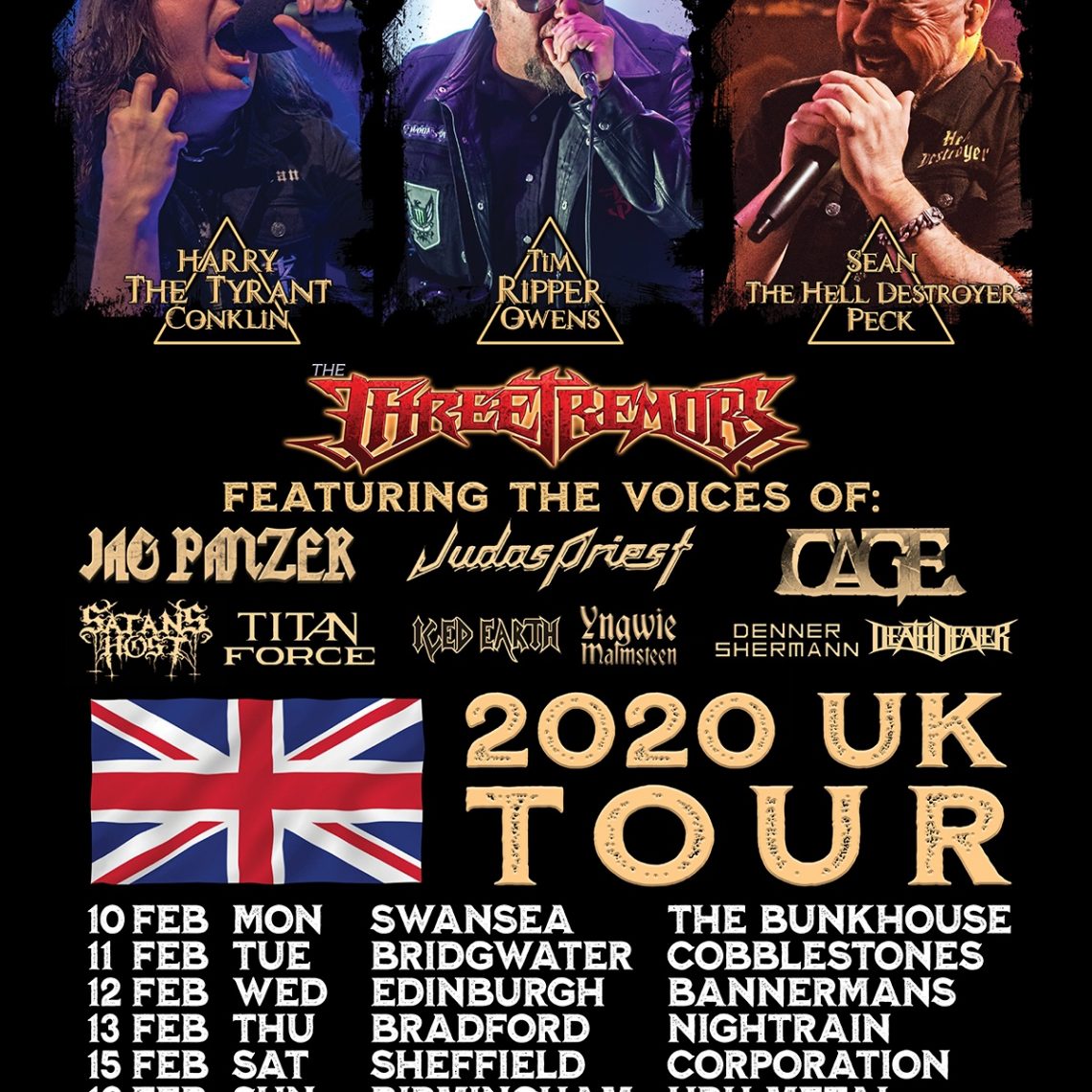 6th January 2020 0 By John Deaux
Three of metal’s finest vocalists, known collectively as THE THREE TREMORS – Tim “Ripper” Owens (JUDAS PRIEST, ICED EARTH, DIO DISCIPLES), Harry “The Tyrant” Conklin (JAG PANZER, SATAN’S HOST, TITAN FORCE), and Sean “The Hell Destroyer” Peck (CAGE, DENNER/SHERMANN, DEATH DEALER) – Steel Cartel Records have announced the Friday,December 20th, 2019 release of a 3-disc digipak, called ‘THE THREE TREMORS-THE SOLO VERSIONS.’
Each of the three singers perform the entire self-titled debut album alone, adding their own stylings and nuances to all 12 of the songs. This brings a fresh and completely new take on the ground-breaking debut release, and all three versions are incredible in their own right. Also included are 3 live bonus tracks recorded from their US tour. Each of the discs has brand new original artwork from DUSAN MARCOVIC, and reflects the monstrous nature of this endeavor.
Bonus Tracks for Solo Versions:
Invaders From The Sky Live
When the Last Scream Fades Live
The Three Tremors Live
Included in the set is all new artwork and packaging, 3 separate discs (The Ripper version, The Tyrant Version, The Hell Destroyer Version), 3 live bonus tracks, and all new photographs. The order link can be found here at http://www.thethreetremors.com/site/store.html
The Hell Destroyer: “We each sang and recorded the entire album and so much great material got left on the cutting room floor because of how we pieced together the original release. I felt we had a really cool product that we could put together and I started working with Dave Garcia to mix them and assemble them. We contacted the artist and had him paint some incredible cover art to match the ferocity of the recordings.“
Ripper: “Everyone each had their own amazing version of the album and I was hoping we would find a way to get them released and now here they are.”
The Tyrant: “This is a really cool, unique product that as a metal fan myself would want to have. The different approach we each took to the songs makes each version really fresh and interesting. Each guy really did a great job and it is definitely a trip the metal fan is going to enjoy.” 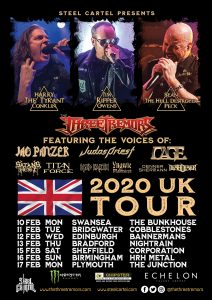