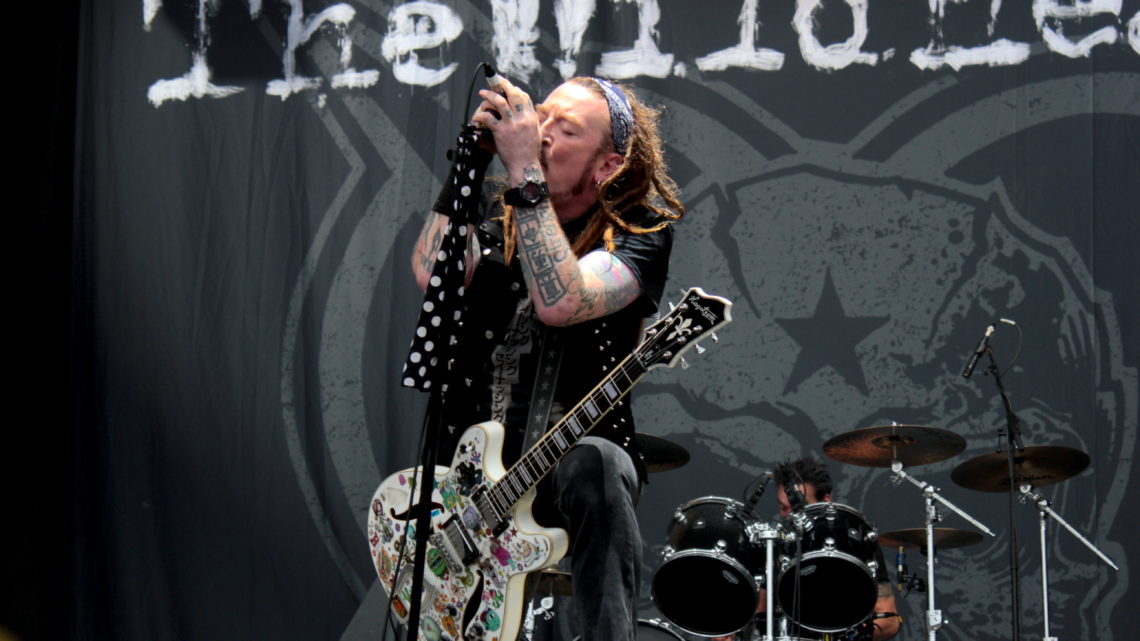 22nd October 2020 0 By John Deaux
“Ginger gave me two instructions: “Loud guitars and loud crowd”….I didn’t have a choice in either as that’s what was captured during the recording” – Live album producer Dave Draper

At a time when we are craving live shows more than ever, Round Records presents “ The Wildhearts – 30 Year Itch”, recorded live during the band’s The Renaissance Men and Diagnosis tours during 2019.

The 17-track album showcases the incendiary energy that has made The Wildhearts one of the best loved UK live rock acts of the last thirty years. A perfect moment in time, thirty years from the band first playing live, that shows a band still at the height of their powers, bristling with energy as they deliver classic tracks such as “Caffeine Bomb”, “Suckerpunch”, “Let Em Go”, “Vanilla Radio” and “I Wanna Go Where The People Go”.

Ginger says, “There are a few authorised bootleg live albums of The Wildhearts doing the rounds, but as soon as Danny rejoined the band I knew I had to capture the classic Wildhearts line up on record. There were a few reasons for this, the main one being that we’re still alive, which is a situation that could change at any second with this group.

I also wanted people to hear how insanely powerful The Wildhearts are as a live band. Pounding drums, chainsaw bass and bombastic guitar riffs, all underpinning harmony vocals and huge anthemic songs that every member of the audience sings like a football crowd.
It’s a surprisingly emotional blend of noise, passion and unity.

As far as I’m concerned this is a classic album by a unique band playing timeless songs that don’t fit into any established genre. Is it rock? Is it punk? Who cares, it’s The Wildhearts.”

Although the release date of the album was set pre Covid, the albums Imminent release will give the fans a little taste of what they can’t have with the current situation.

Mastered once again by maestro Dave Draper, this double album captures the band’s balls out performance that still kicks the ass of crowds up and down the country, 30 years since they started!

Dave explains “‘Never Outdrunk, Never Outsung‘ was my first adventure into the world of working with The Wildhearts. I carried a lot of pressure on my shoulders to make sure it was as close to the experience of actually being in the crowd. Judging on what the feedback has been since it came out, I can say I think it worked out just fine.

So when the time came around to make another live album for the boys, myself and Elliot Vaughan once again jumped in the car and captured a few shows from The Renaissance Men and Diagnosis tours of 2019.

When it came to the mixing, like on ‘Never Outdrunk…’, it was really good to hear older tracks having a new lease of life and power from the boys…. the two songs from ‘Endless Nameless’ that have made this new album are highlights for me and I’m sure many of you will agree. Timeless songs with all you mad bastards singing your hearts out on. What’s not to like? Ginger gave me two instructions: “Loud guitars and loud crowd”….I didn’t have a choice in either as that’s what was captured during the recording, Thank you for making my job a lot easier, guys!”

The album will be released commercially on the 4th December 2020. The commercial release also features an exclusive limited edition coloured vinyl version and also a CD version with 4 exclusive postcards, that will only ever be available with this version. 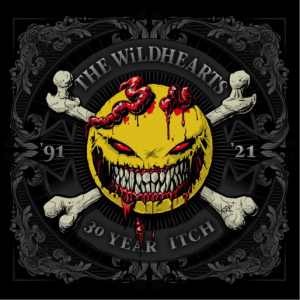 Full tracklisting of “The Wildhearts – Thirty Year Itch” below

The Wildhearts are one of the UK’s best loved rock acts. Fronted by the mercurial Ginger, the band have written countless anthems that are woven into the fabric of UK rock music. The band have nine studio albums, from the iconic debut “Earth Vs The Wildhearts” through to 2019’s critically acclaimed “Renaissance Man”, their first new studio in ten years. The band are an established live act who consistently sell out venues across The UK and Europe.

BLACK STONE CHERRY drop video for new song, ‘In Love With The Pain’