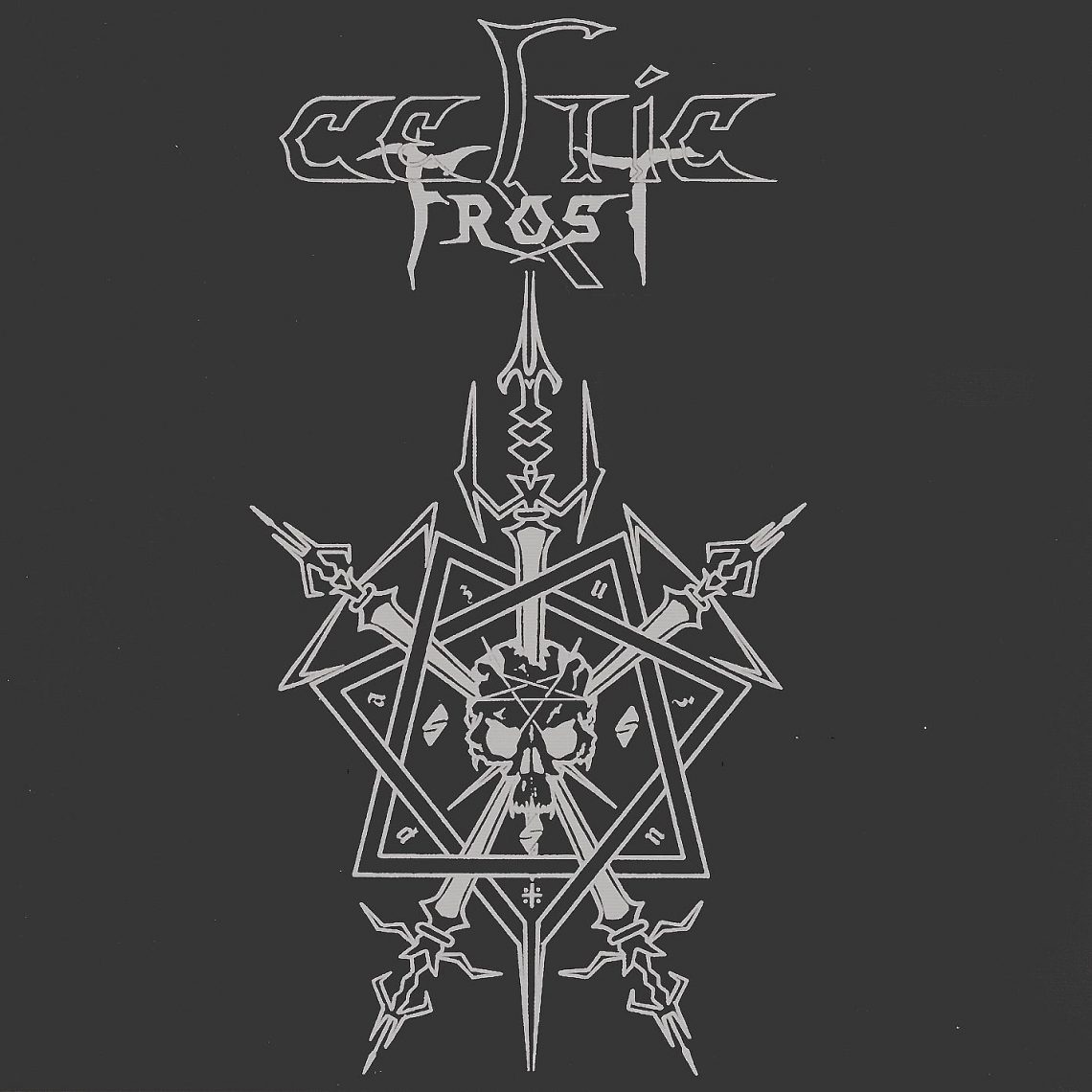 Celtic Frost formed in 1984 from the ashes of Hellhammer and were heavily influenced by a mixture of heavy metal and gothic rock with a sprinkling of hardcore. They were known as ‘extreme metal’ which of course isn’t remotely extreme by today’s standards.

They released their debut, Morbid Tales, which was a huge underground success. It’s understandable why. Crunching Discharge-style riffs are all over the shop and listen up, Metallica, but you can clearly hear the bass. An excellent opening which led to a tour of Germany and Austria.

The Emperor’s Return EP followed and served up more of the same. Fantastic continental crossoverish thrash. Celtic Frost were on to something.

Up next was To Mega Therion. This album was “critically acclaimed” which often doesn’t bode well, but is justified here. This is certainly a more metal album, in fact the thrashiest of Celtic Frost‘s releases to that point. They were clearly on an upward curve. The speed of some of the riffs would give early Hetfield and Scott Ian a run for their money. Elements of this album led to Celtic Frost being credited, at least in part, for the increased popularity of death and black metal at the time.

By 1987, Celtic Frost had caught up with their American cousins and album number three hit the shelves. Into the Pandemonium was more traditional heavy metal than thrash and incorporated industrial elements and bits of hip hop. It was quite a mish-mash and fans weren’t happy.

And if you thought that was disappointing, wait and see what happened next.

Cold Lake happened next and most Celtic Frost fans would rather pretend it didn’t. The band had changed style yet again and had created an album more at home with the likes of Motley Crue and Skid Row than Megadeth and Slayer. It’s an absolute car crash and probably the worst album ever released by a band that has had anything to do with thrash metal.

Celtic Frost attempted to bounce back in 1990 with Vanity/Nemesis, but for most fans the damage had been done. Vanity/Nemesis is actually a fairly decent album. Thrash riffs made a return and if you forgot the previous two releases it could have cemented Celtic Frost‘s place at the big table, but metalheads don’t forget.

1992 saw the release of the intringuingly-titled Parched with Thirst Am I and Dying, which was a collection of unreleased bits and pieces the band had lying around. It turned out to be the last album from Celtic Frost who went on the obligatory hiatus while thrash metal crumbled around them.

In 2001 Celtic Frost regrouped and performed a few gigs. They started writing new material and by 2006 a new album was released. Monotheist is quite a doomy-sounding album, nothing like any of their others (shocker!). There are shades of Chaos AD-era Sepultura, but the guitars are perhaps over fuzzy, production having spoiled an album which, to be fair, could have been a very good comeback.

And that was it. No member of Celtic Frost has made noises about starting up again and following their topsy turvy career that might be a good thing. The last thing we want is a 30th anniversary of Cold Lake tour.

Put them on your playlist: Visions of Mortality, Circle of the Tyrants, The Heart Beneath