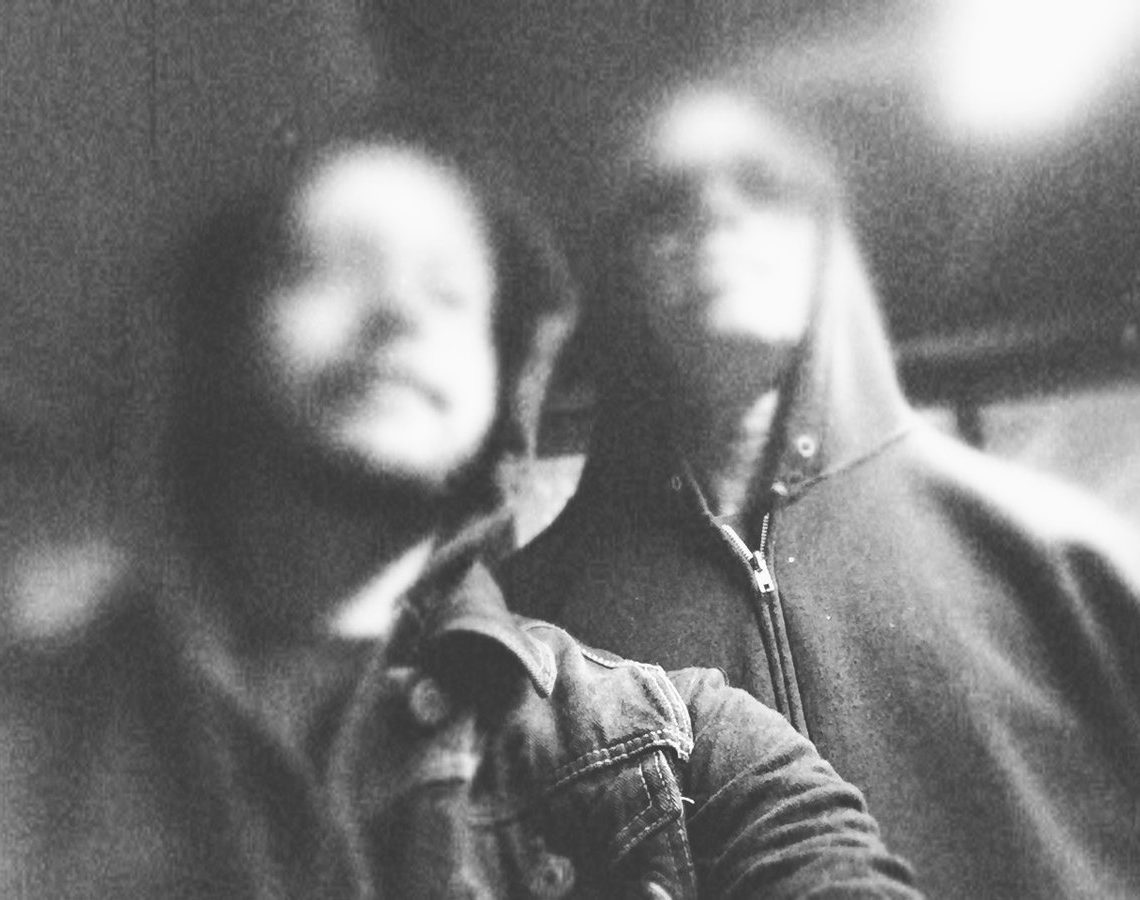 Buried beneath the foundation of time, the malicious beast known as Nailblack exists as more of a creature of folklore than what they truly are, an unrelenting black metallic panzer. Unaltered by commercialism, untainted by oversaturation, and kept pure by the fires of vehemence, to cross into the world of Nailblack is truly a transcendent experience. It is a realm of no light, no remorse, no turning back. Embrace the darkness with Nailblack and Redefining Darkness as we wage war on benevolence and leave the tender hearted in a pool of blood.

NAILBLACK are U.S. Black Metal band that invoke the spirit of seminal bands of the genre ala classic Mayhem, Impaled Nazerene, Satyricon, Bathory, and Venom, while creating a unique and genuinely filthy sound all their own. Tracked at the band’s home studio and mastered by Bill Korecky (Integrity, Incantation) at the infamous Mars Recording Studio, NAILBLACK’s debut album on Redefining Darkness Records reminds us of the purity of the days of analog that is all but forgotten. No frills and full of venom, NAILBLACK’s sound is raw, real, and tangible. Sharing the same backyard as MIDNIGHT under Cleveland’s bleak charcoal skies, one can hear how “Envied” pays homage to the roots of the genre – stripped down punk inspired black n’ roll!

Can you briefly describe the history of Nailblack and its origins?
It all started with a song Malum and I recorded on a four track with a drum machine for a compilation that was coming out. A few years later in 2001 we released the American Evil EP. We continued writing and played one show that year. Shortly after we decided to put the band on hold for quite a spell. More info in the next answer.
Why the long timeframe between “American Evil” and “Envied?”
The main reason was our commitments to our other bands. At the time we were a full band with a regular practice schedule and lineup. Malum and I were very busy in the main band we were doing at the time. We had a label and were playing out quite a bit. It left little time for Nailblack so we put everything on hold to focus on our main project. In late 2015 when we decided to give Nailblack another go, it was just us. We have always written all the music and it’s always been our band. Malum and I did everything on this release ourselves. We wrote, recorded and fully produced Envied at my studio.
What is the concept behind “Envied”?
I guess you can say the song Envied is about a persons rise to a god like status and the power that comes along with it. Kind of a new God in town type of thing. Someone so powerful they can make you lose faith in your own beliefs and blindly follow. Someone so intimidating that you would give your life to please them. Someone whose power is envied. 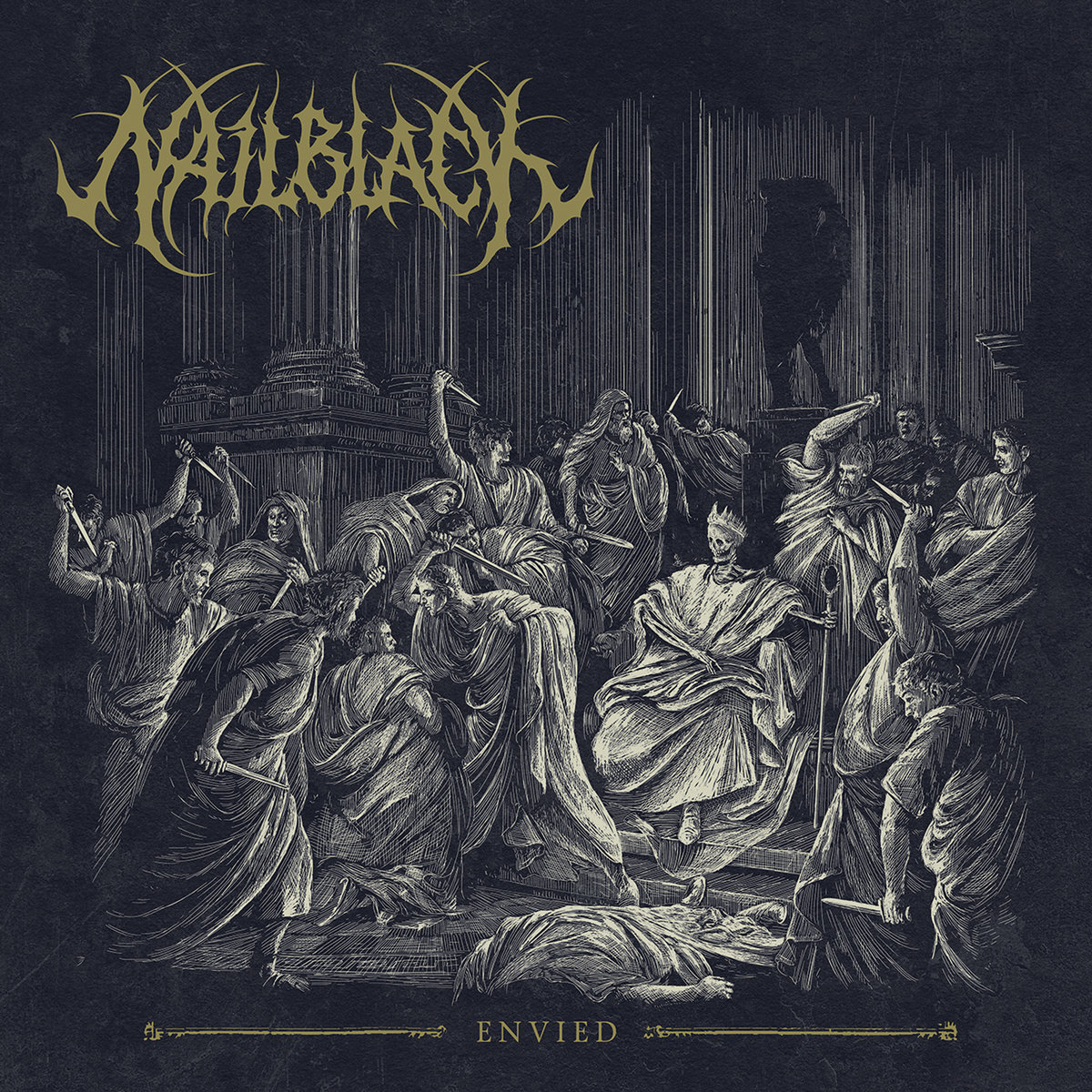 What was your introduction to black metal?
The usual bands from the Norwegian and Swedish scenes. Emperor, Mayhem, Marduk etc. I was a big death metal fan before that and at first I didn’t get the black metal look and sound but it really grew in me over time.
What albums or artists were the most impactful?
That’s a tough one. It started when I was very young with Metallica Master of Puppets. I was 11 and it was the heaviest thing I’d ever heard. Almost scary in a way because of my semi religious upbringing. That led to finding albums like Reign In Blood, which is still an all time favorite. Then I found bands like Cannibal Corpse and Carcass, and eventually the black metal bands i mentioned above. Marduk’s Panzer Division Marduk was also a huge influence on our early sound directly.
Nailblack captures a very visceral and harsh atmosphere. What sets the tone for this environment and do any films or non-musical elements play a role?
It’s hard to pinpoint really. We have always liked aggressive music and we channel our negative energy from all aspects of life through our lyrics and music. Don’t get me wrong though, we have regular happy lives but we have strong feelings on certain subjects, like most people do. We just express ourselves in a different way. For myself films probably have very little impact on my music. Malum on the other hand, is a big fan of horror films and I would guess that has a great deal of  impact on his part of the writing and lyrics.
For several years now USBM has gained more attention. To what do you attribute more of a spotlight on black metal in the United States and which USBM bands do you hold in a high regard?
It was bound to happen eventually. As we all know, good metal can come from anywhere in the world and from time to time the spotlight just appears on a certain area. I would say that maybe it’s due to the development of our own style and sound. I don’t know if you’d categorize them as BM but we both love a Cleveland band called Midnight. Profanatica and Weregoat are a few bands I’ve listened to lately and I’m looking forward to checking out the new Wolves In The Throne Room release.
How did you get involved with Redefining Darkness Records and how can you describe the relationship thus far?
A mutual friend of ours made a post about local bands and I posted something about Nailblack in the replies. We had recently uploaded a few demo songs on Bandcamp so I made a link to them. Thomas from Redefining Darkness checked out the link and purchased the tracks. I wrote to thank him for it and he said he was interested in working with us. I have to say it has been great so far. We worked together to make this release happen. It’s more of a partnership really. We are really excited for this release and for people to finally hear it. 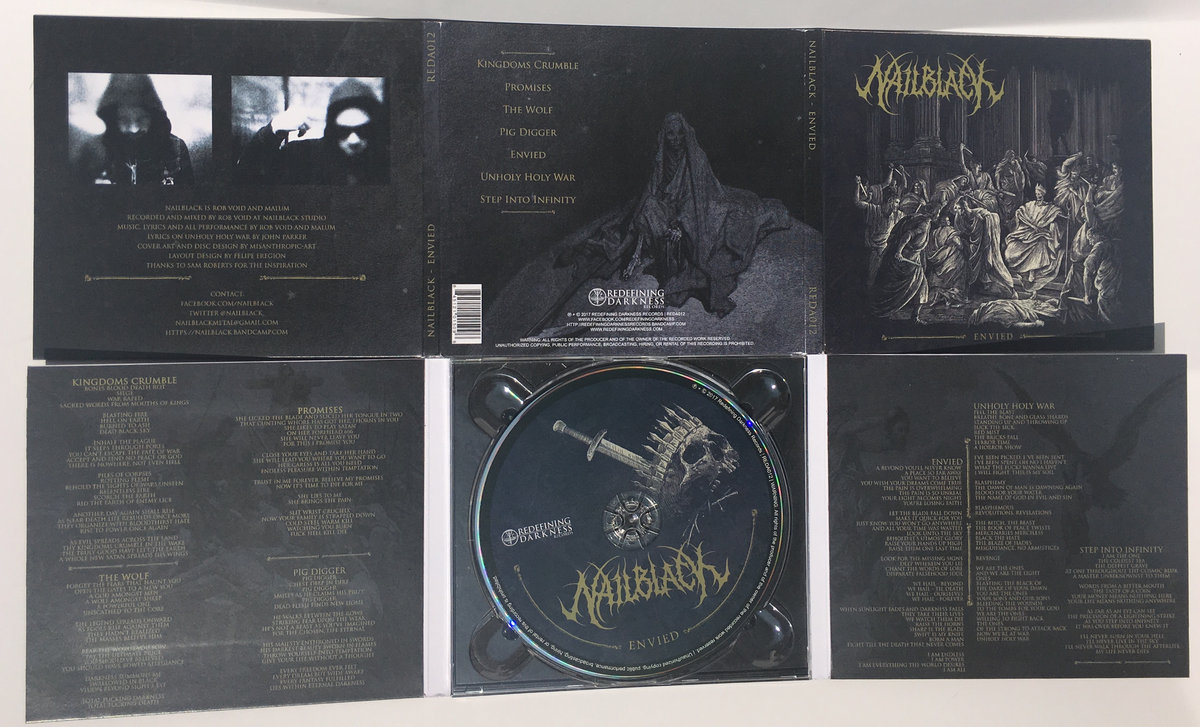 Rob was in Pitch Black Forest with the legendary Gene Hoglan. How did that project and relationship come about and is it still active? Any interesting stories?
An engineer friend of mine, Bill Korecky informed me that Gene was coming into town to record a project with J Popson. He suggested I lend them some equipment and bring a disc of material for them to check out. A few day later I got a call that they liked one of the songs. I went directly to the studio and recorded it that day. For the next week I wrote a song or two a day and we arranged and recorded them on the spot. A few of the songs were un used songs from my previous band. People were throwing ideas everywhere and I figured out a number of ” mouth riffs” for the other guys haha. It was crazy how fast it went. I was playing riffs on the final tracks that I had written that morning. When I look back on it, it was nuts. The album is Absentee and it’s out there for purchase. Working with Gene was a dream come true. I had been a fan of his since I was very young. I still get excited when we hang because I’ve seen the power of his skills directly in front of me. So yeah my interesting story is I met, recorded and have done a few albums worth of material with Gene. The Atomic Clock. He doesn’t make mistakes. He also has an incredible memory. A genuinely nice guy. I just read yesterday that he’s going to be playing with the Seth Myers band on the late night show.
Oh, and the band hasn’t gotten together in 4 years. Everyone is busy at this time in their main projects.
In your opinion how should black metal be produced and presented?
The audio production doesn’t matter to me as long as it’s not rehearsal tape quality. It can be dirty or super polished as long as the feeling is there. As far as presentation goes it should be an individual thing. That’s what does it for me. I have always felt that keeping some kind of mystery about yourself is always good.
You have been involved in underground music through many phases and trends in the industry. What advice or knowledge can you pass onto younger bands?
I’ve been in bands since I was 14 years old. All I can say is that you have to love, live and believe in the art you create. The main band in my life came up during a time when social media wasn’t really a thing. We obviously had to do things differently back then. It’s totally different from how things are now. Now you can record at home and release something very easily and the cost is low. The main thing I would suggest is to stay true to your sound, keep persisting and don’t  give into trends.
What is the artistic concept behind “Envied”?
Basically a new King or God dies and a new one is there to take his place. The cover art tells the story of this concept. A fight for the throne. The power. To be a person who is envied by others.
Do you feel that black metal is too often a genre that is image conscious? How important are visuals in music, particularly black metal?
I’m back and forth on this one. As I said earlier, I think having some kind of mystery about yourself is a great thing in a Black Metal. Having a look isn’t always necessary though. It’s an individual thing. If you think about it every band or person has an image really. A way people perceive them. A certain style or look. It’s just the way things are.
Check out the exclusive track premiere of ‘The Wolf’!