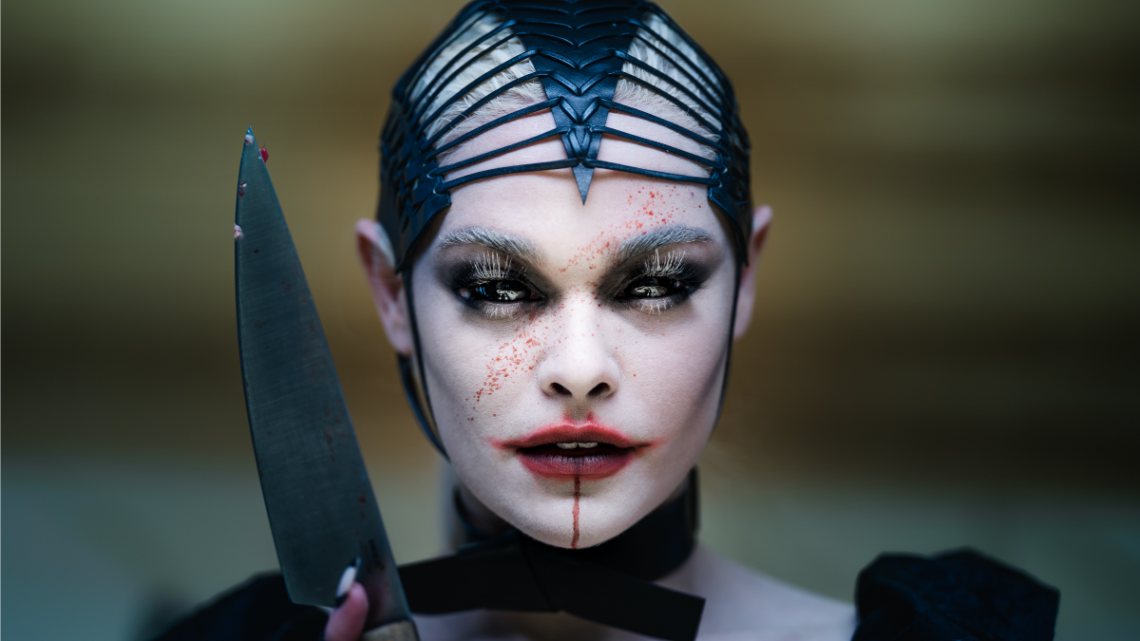 Industrial-tinged and true crime-inspired electronic duo SKYND, who recently performed to huge festival crowds at Download, Rock am Ring, and Rock im Park, have shared the video for new single “Armin Meiwes.” It marks the first song from Chapter IV, the next to come in their series of EPs. The single is available from DSPs now.

SKYND is the dark creative outlet and the alter ego of its lead singer, Skynd, and producer and multi-instrumentalist Father. Their muse is the world of inexplicable and brutal criminal cases and the mystery surrounding unsolved killings. Their storytelling in song form reminds us of the darkness within the human psyche, while taking extreme care not to exalt the cases they create their art from.
Therefore, it’s no surprise that the pair delve into one of the most disturbing but fascinating true crimes of our time with this track and video.
“This is just a really bizarre story,”Skynd shares. “The arrangement was an entirely consensual cannibalistic murder. It sounds insane on the surface, but it’s also really sad story about being lonely and engaging in an internal fight of fantasy versus reality. Meiwes didn’t have his inner animal tamed. He wanted to reach another level of climax, because fantasies that he had held since he was a little boy weren’t enough for him anymore. His urge to own someone and to fully merge with somebody trumped his common sense.”
She continues, “When I investigated the case, I watched an interview with him. Meiwes didn’t seem like the typical beast you’d imagine when you think of a ‘cannibal.’ But then again, you might ask yourself, ‘What does a cannibal even look like?’ It’s a story that hasn’t left me for years and I feel like I have finally translated it into music.”
The video was directed by critically acclaimed and Grammy-nominated director PR Brown (Korn, Slipknot, Motley Crue, Audioslave, Miley Cyrus, Green Day, Alicia Keys), who also lensed the video for the previous single “Chris Watts.”
Brown also weighs in on the visual, saying, “Monsters live among us. We can either live in denial and imagine they don’t exist or we can dig deeper into what makes them tick so we know what to look for. For this video, we really wanted to explore the madness, that compulsive energy behind Armin’s frame of mind. There was something particularly twisted about the idea of him being addicted to cooking shows.
“The idea was built on following his manic progression of working on a recipe. Something, that by anyone’s standard, would be a complete failure, yet in his eyes, a masterpiece of delicacy. I’m so grateful that Skynd embraced this concept and fostered the vision of something that was truly uncomfortable to even film, much less think about. I still have a hard time watching it, mainly because of the smell it conjures up while we were filming it and the believable state our actor was able to project. It felt too real.” 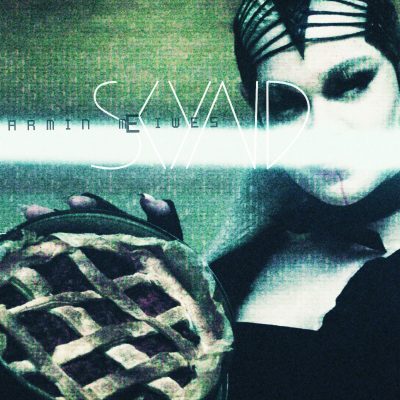 SKYND released Chapter I in 2018, followed by Chapter II in 2019. Skynd completed Chapter III with the aforementioned “Chris Watts,” which followed the releases of “Michelle Carter” and “Columbine.” Chapter III tallied 31 million views on YouTube and continued their exploration of the darkest and most disturbing parts of the human psyche, following their belief that “those who cannot remember the past are condemned to repeat it.” Special guests have included hip-hop artist Bill $aber and Korn’s Jonathan Davis.
ABOUT SKYND:
We all conceal something behind the earthly façade we show to the world. Maybe it’s an unspoken fetish. Perhaps it’s a covetous urge. Or it could just be the kind of darkness we acknowledge in passing —but don’t dare reference out loud. SKYND peel back those layers and uncover what lurks beneath. The industrialized gothic electronic duo – Skynd [lead vocals] and “Father” [producer, multi-instrumentalist] – exorcize beauty by bloodletting as they delve into some of history’s most baffling, bizarre, and brutal crimes across their EPs.
Official Websites:
https://skynd-music.com/
https://store.skynd-music.com/
Listen on Spotify

SEETHER TEAMS WITH GAVIN ROSSDALE OF BUSH ON SEARING “WHAT WOULD YOU DO?”